NLRP7 Mutation in a Patient with Recurrent Hydatidiform Mole: a Case Report and Literature Review

Familial Recurrent Hydatidiform Moles is a rare condition where patients have an inherited predisposition to have molar pregnancies. We present a case of a young woman with a recessive intron 7 mutation of the NLRP7 gene which led her to have two hydatidiform moles. Due to the future reproductive implications this condition has, an appropriate counseling about these issues ought to be offered even if there are not enough evidence about this topic.

A hydatidiform mole (HM) is an aberrant pregnancy characterized by abnormal embryonic development, excessive trophoblastic proliferation and hydropic degeneration of chorionic villi, with a disproportionate secretion of human chorionic gonadotrophin (HCG) [1]. HM occurs once in every 600 to 1000 pregnancies in Western countries but a higher rates in the Middle East, Latin America, Africa and the Far East [2,3]. From one viewpoint, there are two assortments of HM: the complete hydatidiform mole (CHM) and the partial hydatidiform mole (PHM). Genetically, the presence of excess paternal genome, and thus its androgenic nature, appears to be the key factor in the pathogenesis of both types of HM, likely altered genomic imprinting. CHMs are usually diploid with paternal genome only: one sperm fertilizes an oocyte doubling its genetic material while maternal DNA loss occurs. However, in PHMs two sperms fertilize an oocyte, giving rise to a triploid karyotype [3]. From another viewpoint, moles recur in 1-6% of patients with a prior HM. Recurrent Hydatidiform Moles (RHM) are defined by the occurrence of at least two molar pregnancies in the same patient [2]. Recurrences are usually sporadic but incidentally, patients with RHM have relatives with HM and propositions cases are designated as Familial RHM [1,4]. In most of those cases, RHM are CHM but have diploid biparental constitution [5]. Detailed mapping has identified two specific loci, 19q13.4 and 6q13, for two causative genes, NLRP7 and KHDC3L respectively [5]. NRLP7 is a major gene that is mutated in 48 to 80% of patients with RHM and codes for a nucleotide oligomerization domain-like receptor pyrin containing protein. KHDC3L is a minor gene for RHM and is mutated in only 10-14% of patients with no NLRP7 mutations [1,3]. In both cases the mutations causes the recurrence by maternaleffect. Epigenetic studies in these pregnancies have indicated deviant DNA methylation profiles at a limited number of imprinted genes. Subsequently those loci are expressed in a parent-of-origin specific fashion whereas the maternal origin is silenced [6,7].

We present a case about a patient with RHM. She had no medical history of interest however her family medical history showed that her mother had had a molar pregnancy and two abortions.

The patient presented in 2014, at the age of 29 years, her first HM. It was suspected in her 8+3 weeks of amenorrhea (WA) by an ultrasound image of “snowflakes” and a HCG determination of 240.166 mU/mL. A vacuum aspiration was performed and the tissues obtained were referred to the pathologist. The histological diagnosis was a CHM. There were no indications of lung affectation. After a follow-up of a year, she became pregnant again in 2016, at the age of 30 years. In the 6+5 WA, a new HM was suspected with a similar ultrasound image and HCG levels of 150.816 mU/mL. Another vacuum aspiration was performed and the histological analysis confirmed the diagnosis of CHM. This new event leads us to think that we were in front of a RHM case and we referred the patient to genetic counseling.

DNA was extracted from peripheral blood of the patient with the QIAcube DNA Mini Kit QIAGEN. Mutations in leukocyte DNA have been screened from the exon sequences of the NLRP7 and KHDC3L genes, as well as the surrounding intron sequences. These sequences have been amplified by PCR, and an analysis of them has been carried out by direct sequencing in both directions comparing with the consensus sequences for NLRP7 (NM_001127255) and for KHDC3L (NM_001017361). A change of nucleotide G>A in homozygosis has been identified in the processing donor site of intron 7 of the NLRP7 gene (c.2471+1G>A).

Although recurrent moles are an odd event, we ought to know about this possibility in a woman with at least two repeated HM as suspected in our patient. Due to the reproductive implications this condition has, a genetic study should be performed in both peripheral maternal blood and molar tissues in order to asses a proper diagnose. In our case we distinguished a recessive homozygote mutation in NLRP7 gene however no cytogenetic analyses were made to consider the conceptus obtained after vacuum aspirations. NLRP7 transcripts have been identified in several human tissues, including endometrium, placenta, hematopoietic cells, all oocytes stages and preimplantation embryos, which traduces its role in the correct embryonic development. Moreover, NLRP7 is involved in the maternal inflammatory response controlling the IL-1 production [2]. The mutation detected in our patient had been previously described by Murdoch but almost 249 more variants have been listed, being 89 of them pathogenic [8,9]. In all the cases reported, aberrant methylation was detected at multiple imprinted loci associated with normal embryonic development, excessive trophoblastic proliferation and abnormally high HCG levels [7]. Another major point to take into account is providing an adequate counseling concerning patient’s reproductive future. A few investigations portray the pathophysiological implication of a defective oocyte in recurrent molar pregnancies and how assisted reproductive cycles using donated oocytes resulted in evolving pregnancies with normal offspring [2,6,9,10]. In conclusion, we recommend our patient to undergo an assisted reproductive technique incorporating donor oocytes in order to achieve a pregnancy. Additionally, we recommend performing genetic testing in her relatives searching for NLRP7 mutations. 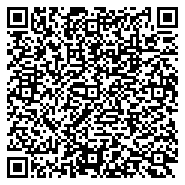