Oxidation vs. Corrosion Analysis in Copper Used in the Electronics Industry of Arid and Marine Environments

The process of oxidation (OP) that occurs on surfaces of copper (Cu), of electrical connections and connectors of electronic equipments installed in the electronics industry in the northwest of Mexico; is an important factor to determine the corrosion rate (CR) of this metal. The CR obtained from the installation of metallic copper specimens in the companies, one in Ensenada (marine environment) that manufactures video games, and one in Mexicali (arid zone), which manufactures personal computers; indicated the degree of deterioration of Cu. The CR in each city was determined by the gravimetric method, and increased or maintained of the CR was according to the type of thin films formed on the metals: porous and nonporous films. A correlation of CR with sulfates (SOX) and chlorides (Cl-) was made, and the data were obtained with the technique of sulfation plates (TPS) and the wet candle method (WCM). The analysis of CR in both cities showed an almost linear representation in Mexicali, indicating the rapidly growing of CR and in Ensenada a parabolic curve with a slow increase. The corrosion products were characterized by the scanning electron microscopy (SEM) and the Cu films formed with the technique of Auger Electron Spectroscopy (AES), representing the air pollutants that reacted with the copper surface in each city. The analysis of depth profiles show the increases and decreases in carbon, oxygen, sulfates, chlorides and copper, over a period of time, indicating the thickness of each film formed on the surface of Cu, for the OP in the two cities. The maximum value of CR in Ensenada was 188 mg/m2 year, and in Mexicali were 299 mg/m2 year. 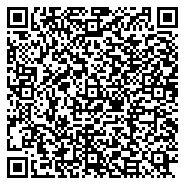