Septic Temporomandibular joint (TMJ) arthritis is an unusual complication of acute mastoiditis in children. This is a case of acute mastoiditis in a 7 years old child following an acute otitis media ear infection, which presented with ear discharge, trismus, mastoid area erythema and TMJ swelling and pain. CT scan showed opacification of mastoid temporal bone and TMJ area. Treatment included antibiotics and TMJ abscess surgical drainage. In this case report, we discuss the clinical picture, investigations, treatment and literature review for this case. Multidisciplinary approach (ENT, Paediatrics, and Oral and Maxillofacial surgeons) was mandatory to manage this unusual complication in children.

Acute mastoiditis remains a serious complication of acute otitis media despite the evolution of antibiotics. Children are more affected than adults due to recurring acute otitis media infections. Septic arthritis of the TMJ in children is a rare complication of acute mastoiditis. Infection spreads from mastoid bone to TMJ due to incomplete development of temporal bone, TMJ and open sutures resulting in TMJ infection and later joint ankylosis [1].

A 7 yr old girl presented with a three days’ history of right-side otalgia and discharge. She also complained of right side pre-auricular facial swelling and pain associated with limited mouth Opening and reduced fluid and food intake. She had no significant past medical history or known drug allergies. There was no past history of recurrent ear infections or grommet insertion.

Physical examination showed profuse right ear discharge and normal left ear. She had ipsi-lateral-retro-auricular swelling, erythema, and protrusion of the auricle. Her examination also revealed swelling and pain over the ipsi-lateral TMJ and mandible areas with significant trismus and tenderness of TMJ on palpation. Facial nerve functions were fully intact. Neck examination showed no palpable neck nodes. This was clinically consistent with acute mastoiditis as a consequence of acute otitis media of the right ear. However, her trismus could not be explained at this stage.

The child was then admitted to the ENT pediatric ward and was kept under treatment by intravenous antibiotics. The patient was discussed with pediatric oral and maxillofacial surgeons (OMFS).

The child had an urgent CT scan, which revealed right ear mastoid opacification and effusion of the right TMJ as in Figures 1 and 2. Blood results showed mild leucocytosis with neutrophilia, and elevated C - reactive protein. Microbiology swab taken from the ear showed Group A Beta Haemolytic Streptococci, which was sensitive to penicillin. The child continued on intravenous antibiotic requiring no surgical intervention for the mastoid bone. However, surgical drainage of the TMJ joint was performed under general anaesthetic by oral & maxillofacial surgical team. Oral antibiotic treatment with penicillin continued for 10 days. The child was then reviewed four weeks later. There was no residual trismus.

Mastoiditis is an uncommon disease in children. Antibiotics cannot be considered an absolute safeguard against the development of acute mastoiditis and does not prevent its complications.

The reason for that might be the diversity of causative organisms in acute mastoiditis and the growing resistance of bacteria to the various antibiotics. However, the use of antibiotics and early surgical intervention has led to decrease in the disease mortality rate [2].

Children under the age of 10 years old are particularly susceptible for spread of infection from acute mastoiditis. Incomplete development of temporal bone, glenoid fossa, and TMJ are the case in children. This allows the spread of the infection to adjacent sites. Specifically, the tympano-squamous suture can remain open medially until early adulthood [4]. Microbiology culture and sensitivity testing showed Group A Haemolytic Streptococcus as the culprit organism, which was similar to two recent case studies [5,6]. In a case series of forty five children assessing TMJ complications in acute otitis media and mastoiditis, there were 33%, 13% and 4% incidence of TMJ effusion, abscess and ankylosis respectively in cases of pediatric otomastoiditis [7].

Septic TMJ effusion (abscess formation) following middle ear infection is a rare complication; however, this might be due to underreporting [8]. Furthermore, CT scanning of temporal bone is not routinely performed in early stages acute pediatric mastoiditis [9]. TMJ effusion tends to settle down with antibiotic and anti-inflammatory drugs. Nonetheless, Septic arthritis of the TMJ should be treated by a combination of antibiotic therapy and drainage of the joint allowing restoration of joint mobility as early as possible to avoid later ankylosis complication.

• Trismus and/or pre-auricular swelling in pediatric acute mastoiditis should raise the suspicion of TMJ septic arthritis as a complication.

• Children are vulnerable for spread of infection from mastoiditis due to incomplete development of their temporal bone sutures.

• Imaging is the cornerstone for detecting the extent of the infection.

• Combination of antibiotics and drainage surgery are the fundamental treatment of septic TMJ arthritis.

• Multidisciplinary approach is crucial for prompt and safe management.

This case reveals the possible spread of the middle ear and mastoid infections to the glenoid fossa and the TMJ. Early appropriate clinical and radiological evaluations are the best tools for diagnosis. Suspicion of TMJ involvement should be sought during examination of acute pediatric mastoiditis, hence the importance of TMJ clinical assessment. It is crucial that these complex cases are managed in a multidisciplinary setting.

Parental and child consent was obtained. The patient was not involved in a clinical trial. There was no grant application for this study. 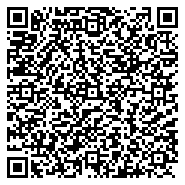