Department of Physiotherapy and Rehabilitation, University of Tripoli, Libya

The issue of why individuals do not engage in adequate physical activity is complicated and multifaceted, and is influenced by the individual, social relations, environment, and external decision makers. Research that advances our understanding of any of these factors has significant potential to better support physical activity interventions, and hence offers great public health advantages. To date, the long term success of plans to enhance physical activity in women has been inadequate; clearly, a successful health strategy requires additional examination of women’s motives and challenges they face in trying to participate in physical activity [1]. Within this study, the perceived barriers to exercise are important mediators of physical activity behavior modification [2]. A minimum of one study investigating factors that affect women’s involvement in physical activity has recommended that women who perceived additional advantages from exercise and faced fewer barriers to exercise were in general more active than those who reported high perceived barriers and low perceived benefits [3]. The purpose of this study was to identify the barriers of physical activity among pregnant women using a qualitative approach. The study used a framework incorporating a range of items to investigate the potential factors that pregnant women perceived as barriers.

The purpose of this investigation was to examine barriers associated with participation in physical activity during each trimester of pregnancy.

No significant changes in barriers to participation in exercise arose throughout pregnancy.

A total of 200 healthy pregnant women were recruited from the Royal Hospital for Women at Randwick and Wollongong Hospital, NSW, as part of large study to assess the level of physical activity among pregnant women. Participants were considered eligible for the investigation if they had no medical or exercise contraindications.

This investigation was part of a large study conducted at the Royal Hospital for Women, Randwick, Sydney, and Wollongong Hospital, Wollongong, NSW, Australia. The procedures for this study were performed in accordance with the ethical standards approved by the Human Research Ethics Committee of the University of Wollongong, South Eastern Sydney and Illawarra Area Health Service in the state of New South Wales. The survey data was collected by a research midwife. It was expected that the use of a midwife to recruit and collect data from females would reduce the possibility of social desirability of women’s responses in the study. Respondents were asked to point out which, if any, of 14 potential barriers would keep, or currently kept, them from participating in exercise programs or other physical activity. Because pregnancy is characterized by physical and behavioral changes, and it is likely that barriers experienced early in pregnancy might vary from those experienced later, the study design included five data collection time points: Pre-pregnancy, trimester one, trimester two, trimester three and postpartum.

Physical activity barriers were measured using a modified exercise benefits and barriers scale [14]. Within the modified scale there were 14 items to assess perceived barriers of physical activity during pregnancy. Items were selected based on factors that most frequently appeared in the available literature as associated with adherence to exercise programs [15]. The barriers scale was a four point option Likert format, which was used to achieve an ordinal measure of agreement with the item statements. Options ranged from strongly agree=4 to strongly disagree= 1. Participants were provided with a list of potential barriers of exercise and instructed to indicate all those that applied to themselves. Some of the potential barriers included: Where I live is not suitable for exercise; I am too tired to exercise; and exercise causes too much discomfort.

SPSS v21 was used to conduct the analysis. Barriers data was analyzed using descriptive statistics. Ordinal data on participants responds was analyzed with mean, frequencies and proportions to rate each item. To examine the changes in barriers to participation in exercise during and after pregnancy, one way repeated measures ANOVA (by STAGE) was conducted. Frequency was calculated by counting the number of mentions of each barrier in the participants’ responses. To evaluate perceived power, women were asked to indicate level of agreement with each statement of barriers of exercise.

Physical activity during pregnancy was influenced by a range of variables that were obstructing women from performing exercise at different points in their pregnancy; some variables arose only at certain points in their pregnancy. Items that were not answered were scored as a zero and did not contribute to the total score. Total scores as well as scores for barriers scale were computed for each participant.

Analysis was conducted using means to determine the top barrier statements. The most frequently reported barriers in pre-pregnancy, during pregnancy and postpartum have chosen by selecting barriers that have scored two and above (≥ 2) mean value. Table 1 shows the sample’s mean score levels for each item of the most frequently perceived barriers to exercise in pre-pregnancy, during trimesters and postpartum; this was calculated by computing the means of each response of individual exercise barriers statement. Average scores for selected barriers were between 2.0 and 3.3, which equated to between “disagree” and “strongly disagree” on the scoring scale. Generally, participants agreed with many of the barrier items, reflecting that they believed that quite a few of the statements represented barriers to their regular physical activity (Table 1).

However, for some barrier items, there was obvious disagreement, demonstrating that those statements did not represent barriers (e.g. ‘exercise will harm the health of my baby’; ‘there is no transport available to get me to suitable exercise classes’). Participants also disagreed with the statements “exercise causes me to have contractions”, “exercise costs too much money”, “exercise is likely to injure me” and “exercise will harm my health”.

Women identified number of barriers that contributed to their staying physically inactive. Table 2 shows the most frequently and the proportion of the main common reported barriers in pre-pregnancy, during pregnancy and postpartum. The most commonly cited, with 92 mentions, was the regular and difficult demands on their time as a result of their duties as women. This barrier had a significant effect on women’s time and their capability to participate in regular exercise (Table 2).

The test statistic for equality of means over time is F_95.4 (df_4,8), which is highly statistically significant at P=0.000. Thus, a highly statistically significant difference exists in the mean percent fractional shortening over time. Results suggest that there was a change in most of the barrier items across pregnancy and after birth. The value of multivariate partial sum squared obtained in this study for both methods respectively are .650, .610, .352 and .571.

In relation to the study objective, the sample’s general levels of perceived barriers to exercise generally indicated that participants only being neutral or at best approaching agreement with many of the barrier items. This suggested that our sample may perceive higher levels of benefits from exercise than barriers to exercise. Participants agreed the most with “exercise is too difficult”, followed by “Exercise will harm the future health of my baby”; on the other hand, the strongest disagreement was with the barriers “exercise will harm my health” and “my body size makes it difficult to exercise”.

Barriers to physical activity prior to, during and subsequent to pregnancy were identified by women in all stages of the research. Within the research, factor analysis was carried out to summarize the main barriers to physical activity prior to, during and after pregnancy. It appears that barriers to exercise vary from pre-pregnancy through trimesters to postpartum. It was hypothesized that there were no changes in barriers to participation in physical activity during pregnancy; as the results of chi square and frequency of mention for barriers were not consistent during each time point of data collection. This variation of barriers each trimester indicates that barriers should not be investigated as a whole during pregnancy. Although the changes in type and frequency of barriers within the same group is unexpected, if these changes accrue among different groups they maybe anticipated. However, the results represent both similar and varied responses at each point of data collection; this maybe a results of the study design, which may assist in detecting a wide range of barriers.

Lack of time, work and family responsibilities were identified as one of the most important reasons for not exercising. This finding is in consistent with previous studies [13,16-18] that found lack of time to be the most commonly cited barrier to exercise participation. According to the study outcomes, some women cited having no one to exercise with most often during the three trimesters and postpartum as a reason for not being active. This is maybe because many women want to socialize and be encouraged by friends and family [19]. This result is supported by other studies [6,12], which showed an association between someone’s company and participating in exercise. Results indicated a necessity to promote more and well organized time for physical activity. Not being motivated to exercise was reported as a significant barrier for a reduction in level of physical activity during trimesters and postpartum. This barrier was also identified by prior studies [8-10,12,13]. This finding emphasizes the need for health promotion strategies that increase motivation and support to allow women to increase their level of exercise participation. However, women did not report this barrier postpartum. Results showed that participants reported that exercise was too tiring and too difficult as the key perceived barriers to physical activity during the first, second and third trimesters; this finding, too, has support in the literature [6,8,12]. According to the study outcomes, pregnant women frequently reported physical limitations, such as back pain, swelling and joint pain, as barriers to exercise participation during pregnancy. However, most women during trimesters did not associate personal barriers such as “exercise will harm my health”, “exercise will harm the health of my baby”, “exercise causes me to have contractions”, “there is no transportation available to get me to suitable exercise classes”, and “where I live isn’t suitable for exercise” with significant lack of participation in exercise.

One of the important factors that hindered physical activity during pregnancy was that women had to consider their family and work responsibilities, which may have made it hard them to have enough time and energy to exercise. With regards to barriers that become less frequently mentioned as pregnancy progresses, the findings indicated that work associated barriers were more frequently reported in first trimester compared to the third. The measurement of barriers at different time points prior to and across pregnancy and after childbirth could make an important contribution to the literature beyond only identifying barriers retrospectively or at one time point during pregnancy. Given that pregnancy is characterized by a number of changes, it is important to consider measuring barriers over time as these changes take place. The fact that the study observed changes in the frequency with which different types of barriers were mentioned across pregnancy highlights that researchers and practitioners should be aware that barriers may be dynamic, and skills for navigating barriers may need to be modified over the course of pregnancy. 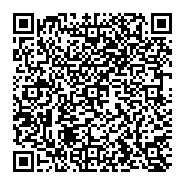