Methodology: It was retrospective observational study. We retrieved post-contrast MRI-brain from the PACS system of department of Diagnostic Radiology, Nishtar Hospital Multan, Pakistan during January 2017 to December 2019 and then analyzed the films for incidental pituitary lesions.

Conclusion: In conclusion, pituitary adenomas were discovered in 1 out of 6 patients. Furthermore, macroadenomas were more common in middle to old age males in contrast to the females where microadenomas tend to occur at a younger age.

Methodology: It was retrospective observational study. We retrieved post-contrast MRI-brain from the PACS system of department of Diagnostic Radiology, Nishtar Hospital Multan, Pakistan during January 2017 to December 2019 and then analyzed the films for incidental pituitary lesions.

Conclusion: In conclusion, pituitary adenomas were discovered in 1 out of 6 patients. Furthermore, macroadenomas were more common in middle to old age males in contrast to the females where microadenomas tend to occur at a younger age.

Worldwide incident of pituitary lesions ranges from 1.5% to 38% in different studies. Tumors in the pituitary area can arise from the six subtypes of pituitary cells-Rathke’s cleft ectodermal cells, neurons, fat cells, vessels, meninges, germ cells and metastatic deposits. Despite all these etiologies pituitary adenoma is the most common lesion accounting for 91% of the cases in one series [1]. Amongst the pituitary adenomas, Prolactinoma is the most common tumor followed by nonfunctioning adenoma, Growth hormone secreting tumor, ACTH producing tumor and TSH producing tumor, respectively [2]. Pituitary tumors can be sporadic or familial. These can occur as an isolated lesion or as a part of bigger syndromes involving multiple endocrine systems [3]. Pituitary adenomas are categorized on the basis of hormone secretion (functional or nonfunctional) and size (macroadenomas (>1 cm) or microadenomas (<1 cm)). Macroadenomas pose threat to the surrounding structures by invasion while microadenomas exert their effects by producing endocrine substances which contribute to the mortality and morbidity [4]. Surgery is the treatment of choice for nonfunctional tumors and all functioning tumors except prolactinoma which is treated medically. Other treatment modalities can be deployed where indicated and include medical therapy, radiotherapy, and chemotherapy [5].

There is a paucity of data on pituitary incidentaloma in Pakistan. Our aim is early radiological detection of pituitary masses. It will provide a window of opportunity for neurosurgeons and endocrinologists to fix these lesions before significant growth or hormonal activation occurs.

It was a retrospective observational study conducted after approval from the ethical review committee. Our sample comprised of 606 MRI brain with IV-contrast which were done at Nishtar Hospital Multan in the last 3 years from September-2017 to September-2020 regardless of the indications, gender, and age. Sampling was consecutive in the date order from old to new. Nishtar Hospital Multan is one of the busiest tertiary care centers in Pakistan providing health services to people from all over the country. Nishtar Hospital is equipped with two 1.5 T MRI capable of performing dozens of MRI brain plain/contrast per day. Due to this magnitude of MRI scans being done at Nishtar Hospital, we had the opportunity to analyze a large data for pituitary incidentalomas.

Our study includes all the brain MRI that is with contrast regardless of whether they are done with or without pituitary protocols. No MRI brain was excluded from this study. All the scans meeting the inclusion criteria were added. After retrieval of DICOM files from PACS system we analyzed the scans using Radiant viewer focusing only on the pituitary gland. While reporting, we were accompanied by a senior consultant Radiologist having experience of more than 10 years. A pro forma was designed using four parameters: Pituitary lesions (present or absent), size (microadenoma or macroadenoma), age and gender. All the findings of individual scans were entered on the pro forma.

The data was entered and analyzed in SPSS version 23. The descriptive statistics were run for both qualitative and quantitative variables. Presence and type of pituitary incidentaloma was examined with regard to age groups and gender using chi-square test and p-value ≤ 0.05 was taken as significant.

Table 1: Distribution of pituitary incidentalomas with regards to gender (n=100).

Table 2: Distribution of pituitary incidentalomas with regards to age (n=100).

The prevalence of pituitary incidentaloma in our study was 1 out of 6 scans. Roughly 2/3rd of tumors are macroadenomas and remaining 1/3rd are microadenomas. The estimated worldwide prevalence of pituitary incidentalomas is between 1.5% to 38% in different studies and depends on the definition, era of study, population and on several factors. Although all the previous studies did not represent our population, our study showed a concordance in terms of prevalence. The two distinct way of diagnosing this condition is via autopsy or Imaging modality i.e., high resolution CT or 1.5 T MRI. The mean prevalence rate of incidentalomas on autopsy was 10.7% as calculated in a meta-analysis and it states that the lesions were equally distributed between age groups and genders [7]. The diagnosis of these lesions has been increasingly recognized owing to advancing technologies and better resolutions of the CT and MRI [8]. On the other hand, few studies demonstrated increased prevalence in elderly population.

Walter et al. were able to demonstrate the prevalence of pituitary incidentalomas in normal volunteers by using gadolinium contrast and high-resolution MRI. They were able to conclude that 10% of men and 10% of women had microadenoma that was 3-6 mm in size as demonstrated by the decreased intensity of focal areas on MRI. They compared it with prevailing data based on autopsies. Occult pituitary adenomas were 3% to 27% on autopsies at that time. And they concluded that 10% of normal population had microadenomas [9].

The pituitary adenomas can be seen on CT scan, but their sensitivity is quite low, and they can only demonstrate macroadenomas at times. A study showed only 0.2% incidences of pituitary macroadenomas on CT scan [10]. That was the reason we chose MRI for our study. The size of pituitary gland should not be more than 9 mm, but a normal variation of increased pituitary height is observed in pregnant women or due to age related changes of hypothalamic-gonadal axis [11].

This is likely due to the reason that most tumors are prolactinomas which manifests itself earlier in females in the form of infertility or galactorrhea as compared to delayed presentation in males.

Therefore, we can say that females are diagnosed with microadenoma earlier than males who are diagnosed later as macroadenoma which usually present with the mass effect like headache, visual loss and hormone deficiencies.

The management of incidentally found adenoma of pituitary gland is largely dependent on suspected nature of the tumor (i.e., pituitary adenoma, cystic lesion, Rathke’s cleft cyst or craniopharyngioma), size, symptoms (optic chiasm compression) and hormonal status. The endocrine society suggests that initial approach should be history and relevant physical examination followed by neuroimaging and visual field examinations. Lastly, surgery is offered to the patients with macroadenoma and clinical manifestations due to pressure effect [12]. As a result of surgery and or radiotherapy, most of the patients develop pituitary hormone deficiencies [13]. Replacement and optimization of deficient hormones is required in whom surgery and or radiotherapy was used. Prolactinomas are treated with dopamine agonist and rarely require surgery or radiotherapy [14]. Lifelong surveillance of tumor is required with serial imaging and pituitary hormone profiles, whereas genetic testing is increasingly being utilized for the diagnosis and prognosis of pituitary tumors [15,16].

We analyzed the date of past 3 years only so our study could not show whether the prevalence is the same or changed. We get referred patients with suspected brain pathology so this study may not represent general population. Technical artifacts due partial volumes when 3 mm cut includes part of different anatomical structures and mimic adenoma. Magnetic susceptibility artifact results in geometrical distortion and signal changes. Pituitary lesions of less than 3 mm may be missed by MRI.

Pituitary Incidentalomas are not uncommon in our population. MRI can unveil various condition of pituitary gland incidentally even before any symptoms or signs. The morbidity and mortality from these lesions can be greatly reduced by paying special emphasis on pituitary area while reporting an MRI. Although the results of this study are concordant with the international prevalence, large scale studies are still needed to consolidate these findings in our population. 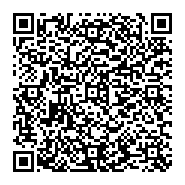 34th International Congress on Prevention of Diabetes and Complications