In the literature, several control strategies have been proposed for the control of electrical machines. Many algorithms are developed for predictive control. In this study predictive control using both active and reactive powers is developed. This command is combined with the choice of the voltage vector Up [3]. The applied command uses a single voltage Up vector per sampling period. The choice of the voltage vector is made by minimizing the defined cost function J. Predictive control by the instantaneous power algorithm can be performed with: (a) The frequency of fixed or constant switches; (b) The frequency of the switches varies.

In order to generate the reference signals used for the predictive control of the linear electric motor with plate mover, the instantaneous power control algorithm will be presented.

Linear generators have been and continue to be designed considering a large variety of topologies. They are classified according to the morphology and the AC-type. Linear generators are flat or tubular. They have a long stator : the mover is shorter than the stator or a short stator : the mover is longer than the stator. The stator slots are of single layer type or double layer one. Beyond the energy efficiency, linear motor concepts exhibit the following: high velocity , high acceleration, high accuracy of the position sensing and high lifetime with less maintenance [4,5].

The fixed parts (stators) of the linear electric generator are made of a magnetic circuit in M300-35A rectangular form, in laminated sheets equipped with the slots intended for three-phase winding aluminum bars. The magnetic circuit is laminated in stacked plates cut to their thickness (of 0.5 mm). The number of stacked plates is proportional to the width of the magnetic circuit. The plate is punch-cut in a single operation from a strip of sheet metal, first insulated on both sides by a phenolic class H varnish. The plate whole profile has a circle shaped that will help stack plates for the appropriate height of the magnetic circuit to be dipped in the oven. The side of the plate bore has 36 slots intended to receive the winding bars after stacking [6].

The coil is a three-phase-series bar star. Each bar is composed of a rectangular aluminum section (7 mm × 2 mm) to ensure transverse field compensation of Roebel slot process. Bar winding have several advantages over traditional winding: good slot filling factor (greater than 90%); minimization of solid insulation and the potential difference between bars; better performance; and good thermal behavior in the slot. The difficulty in carrying out winding with more than one layer, together with the additional losses are disadvantages because it is a low-voltage winding.

Linear electric generator is protected by an aluminium cover called enclosure against ingress of moisture, dust, atmospheric impurities and any foreign materials.

The PM mover consists of a PMs made of NdFeB (54 mm × 5 mm × 3mm alternating North-South), which are magnetized in the transversal direction. The magnets are glued to a brass frame. The friction sheet is made of bronze 0.1 mm thick to ensure strength and mechanical rigidity. Anaerobic glue (polymerized in the absence of air) of acrylic type is used. The linear electric motor is a parallelepipedic structure with two air gaps (Figure 1).

A new mathematical approach to instantaneous powers was proposed in the early 1980s. This method is based on the measurement of three-phase instantaneous variables present on the network with or without a homopolar component. This method is valid in permanent mode as well as in transient mode.

In this control algorithm (Figure 2), the measurements of voltages and currents expressed in three-phase form (a, b, c) are converted to an equivalent two-phase (α-β) system using the Concordia transform which leaves the power unchanged[7-11].

Figure 2: Control based on instantaneous powers.

The real and imaginary instantaneous powers are given by equation (3).

P and Q are respectively the active and reactive powers. ΔP and ΔQ are the power difference or power error (Pref- P) and (Qref- Q).

The reference currents are calculated by the following formula (5):

The instantaneous power method has the following characteristics: (a) It is a theory inherent in three-phase systems; (b) It can be applied to any type of three-phase systems (equilibrium or imbalance, with or without harmonics); (c) It is based on instantaneous values, which gives good dynamic response times; and (d) Simple calculation method [12-22].

The active reference power (Pref) is generated by the voltage across the linear electric generator, controlled by the capacitor. The reference reactive power is zero, the power factor is unit.

Several simulations have been carried out. Instantaneous power method has been tested. The simulation parameters are listed in Table 1.

The control method is based on the instantaneous power. In the form of powers (active and reactive), voltage and current have been measured, respectively (Figures 3-5).

Predictive control based on instantaneous powers

-The prediction uses the mathematical model of the converter. Let us differentiate equation (3)

The output voltage of the linear electric generator with plate mover being sinusoidal and balanced, equation (6) can be rewritten by substituting (7).

Let us make the following assumptions:

Pp and Qp are respectively the predicted active and reactive powers.

The predicted powers are calculated using the following equations (4) and (5).

The active and reactive powers (P, Q) are calculated for the different values of the branch voltage vector Vp. The cost function that minimizes is noted J, and defined as follows:

The smallest value of the cost function J is used to select the branch voltage vector. This voltage vector is chosen for the next sampling period.

Figure 6 illustrates the steps of the instantaneous power algorithm for prediction.

The calculations are made with the data in Table 2, the power factor being the unit (Table 2).

Table 3 shows the values of the predicted active and reactive powers Pp and Qp (Table 3).

The powers Pp and Qp are calculated from equation (9) for all voltage phasor vectors. The minimum value of the cost function J is shown in Table 3 in red. This vector will be considered for the next sampling period (Figures 3-6) 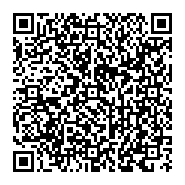