Current research updates in last decade for α-MSH analogue, Proline-Lysine-Valine (KPV) is provided in this review. KPV, although a small molecule, is extremely hydrophilic to deliver through skin and oral delivery is challenging owing to its enzymatic degradation. Further, a clear mechanism of action for KPV has also not been understood completely. Research investigations that shed light into the mechanistic of KPV action is presented in this review. Further, application of KPV and its
newly found/though derivatives in treating various indications have also been presented. Finally, challenges in further development of KPV based products have also been discussed.

With the technological advancements, pharmaceutical research has expanded the horizon of drug delivery systems for fast, safe, and effective drug delivery. Traditional dosage forms included predominantly oral formulations such as tablets and capsules [1-3], extensive research has also been done in the area of liposomes, microparticles, nanoparticles/nanoemulsions [4-7], and also in novel route of delivery such as nose-to-brain delivery [8,9]. Further, active techniques such as iontophoresis [10], ultrasound [11], microneedles [12,13], chemical enhances [14] etc., are also being utilized to improve drug delivery.

These advanced/active systems apply to both small molecules that are synthetically derived as well as mid-to large molecules such as peptide and protein, that are biologically derived [15-20]. One such biologically derived peptide is α-MSH. α-MSH is a neurohormone with extensive immunomodulatory effects on certain cell types. It exhibits potent anti-inflammatory effects by binding to melanocortin receptors in the skin [21-23]. It is reported that the anti-inflammatory activity of α-MSH is mediated by the three terminal amino acids, Lysine-Proline-Valine (KPV). KPV lacks the entire sequence motif required for binding to the MC-Rs, but still retains almost all the anti-inflammatory capacity of the parent hormone [24-26]. This is also because peptides (like KPV) often act as hormones and relay information from one tissue through the blood to another via biologic messengers [27]. The inflammatory activity of KPV is suggested to be mediated via inhibition of interleukin (IL)-1β. Unlike α-MSH, KPV is free from the melanotropic effects and thus does not cause any pigmentation. Additionally, it is smaller in size and more chemically stable than α-MSH. These attributes make KPV a suitable candidate for the treatment of inflammatory skin disorders. KPV has a molecular weight of 383.49 Da and an Isoelectric point (pI) of 14 and hydrophilic in nature [28].

In an investigation published by Stephen Land, the study delves deep in understanding the mechanism by which KPV, and the agonist of the dominant melanocortin receptor in airway epithelium (MC3R), suppress inflammation in immortalised human bronchial airway epithelium. Data indicated that KPV was found to suppress TNF α-evoked NFκB-driven luciferase reporter gene activity in a dose dependent manner, and this was mirrored by a decrease in IL8 release at concentrations of KPV ranging from 0.1 to 10 μg/mL, with 0.1 µg/mL of KPV resulting in IL8 secretion of ~ 400 ng/mgP and 10 µg/mL of KPV resulting in IL8 secretion of ~ 110 to 120 ng/mgP. Same concentration range of KPV was found to inhibit NFκB activity and reduction in secreted MMP-9 activity in comparison to the non-stimulated level. To further understand the mechanistic of KPV function, it was reported that KPV did not alter the proportion of cells in S-phase, however, it reversed the inhibition of cell growth caused by TNFα in conjunction activation of mTORC1, a branch point regulator of transcription and translation. Based on intracellular uptake and distribution data, it is suggested that KPV can enter the cell via the PEPTL1 transporter and directly interact with inflammatory signaling molecules. The anti-inflammatory activity of KPV was suggested to be independent of the melanocortin receptor signaling system and hypothesized be occurring through an intracellular mechanism. KPV reduces the duration of NFκB activation, thereby interacting with IκBα, p65RelA and Imp-α3 as critical mediators of NFκB activation and nuclear import, indicating that the predominant site of KPV accumulation is in the nucleus [29].

Applications of KPV in various immune-mediated inflammatory conditions such as dermatitis, bowel diseases, allergic asthma, and arthritis have been explored in the literature. This section will go into details of such studies reported in literature.

Activity of KPV on Peptide Delivery

In another study, Dalmasso and group investigated the anti-inflammatory properties of KPV in intestinal inflammation for Inflammatory Bowel Diseases (IBD). KPV was added to drinking water and inflammation was assessed at the histologic level and by proinflammatory cytokine mRNA expression. This study also evaluated if the anti-inflammatory effect of KPV is PepT1-mediated (hPepT1, a di/tripeptide transporter normally expressed in the small intestine and induced in colon during IBD). It was reported that the anti-inflammatory activity is indeed PepT1 -mediated. Nanomolar concentrations of KPV inhibited the activation of NF-κB and MAP kinase inflammatory signaling pathways and reduced pro-inflammatory cytokine secretion. KPV delayed NF-κB activation and also shortened the delay of IκB-α recovery, suggesting that KPV reduced the duration of NF-κB activation. In the presence of KPV, the IL-1β–induced increase of IL-8 mRNA was also reported to be reduced significantly (by ~ 35%). This decrease of IL-1β–induced activation of NF-κB by KPV was reversed completely by the addition of Gly-Leu, confirming that KPV’s activity is mediated by hPepT1. Assessment of KPV’s anti-inflammatory effect in Jurkat cells was substantiated by real-time RT-PCR. After 6 hrs of stimulation, TNF-α induced an approximately 5-fold increase of IL-8 mRNA, which was reduced significantly in the presence of KPV. In conclusion, orally delivered KPV seem to reduce the intestinal inflammation or colitis condition, thus providing a promising therapeutic candidate for IBD indication [25].

A research study presented by Singh et al. showed that C-terminal amino acids of α-MSH are requisite for its antibacterial activity against Staphylococcus aureus. KPV was studied along with other analogs of α-MSH for this investigation. It was reported that KPV which is α-MSH (11-13) efficiently killed of both methicillin-sensitive and -resistant Staphylococcus aureus cells in dose dependent manner. 1 µM of KPV killed 95% ± 0.97%, 96.2% ± 0.46%, and 97.3% ± 0.98% of the cells, respectively, in 2 h (P<0.001), whereas 10 pM of KPV showed a 35% ± 9.98%, 29% ± 0.65%, and 19% ± 6.18% bacterial killing, respectively (P<0.001) in comparison to parent peptide and other analogs. KPV’s antibacterial efficiency was comparable to that of the entire α-MSH. In addition to bactericidal potency, to determine the rate of killing by KPV, Staphylococcus cells were incubated with KPV for 0 min to 120 min [22]. An extremely rapid bactericidal activity was observed with ~90% of cells were killed within 15 min of incubation. The antimicrobial activity of KPV was not affected by the presence of NaCl or even divalent cations such as Ca2+ and Mg2+. Similar to parent peptide, KPV also depolarized and permeabilized Staphylococcus cells at micromolar concentrations.

A derivative of KPV, (CKPV)2, (Ac-Cys-Lys-Pro-Val-NH2)2 is synthesized by inserting a Cys-Cys linker between the two units of KPV. Historical literature has shown excellent anti-candidacidal and anti-inflammatory effects, (CKPV)2 demonstrated a fungistatic rate of Candida albicans at up to 50% and 90% at 3 X 10-8 M and 10-6 M, respectively. Further, in rats, (CKPV)2 at 2 mg/kg showed the strongest inhibition against vaginal Candida albicans, with survival of Candida albicans dropping to 12.0% at the 11th day of the treatment and to 0% at 18th day of treatment, Miconazole on the other hand, at 0.5 mg/kg showed 44.7% drop in survival rate. This study also proved that (CKPV)2 also induced its anti-inflammatory effect through induction of macrophages M1 to M2 polarization. (CKPV)2 also directly inhibited phagocytosis ability of primary cultured macrophages, whereas promoting cAMP production via activating melanocortin receptor-1(MC1R) in macrophages. These results strongly suggest (CKPV)2 activity in fungal and inflammatory conditions for future medicines.

Schaible and group reported that a single administration of tripeptide α-MSH (11–13) or KPV attenuates brain damage by reduced inflammation and apoptosis after experimental traumatic brain injury in mice. Male C57Bl/6N mice were used for this study. KPV was dissolved in normal saline (0.9% NaCl) and injected in mice intraperitoneally 30 min after trauma. Results showed that KPV solution significancy reduced secondary brain lesion expansion possibly by reducing apoptotic cell damage, and thus offering neuroprotection. This neuroprotection was hypothesized to be mediated not only by KPV’s immune-modulatory action but also by its anti-apoptotic effect. Further, a reduced secondary brain damage in KPV treated mice is reasoned to be caused at least in part by a reduction of apoptotic cell death. Based on the results obtained, it was suggested that the neuroprotective effect of KPV after traumatic brain injury might be in part caused by anti-apoptotic pathways, specifically via MC4R-mediated activation.

In order to improve stability in vivo against proteolytic enzymes, pharmacokinetics, and oral bioavailability, Songok and team performed structural modification of the tripeptide KPV by reductive “glycoalkylation” of the lysine residue. Pronase, a commercially available cocktail of enzymes that is been used routinely to digest proteins to their constituent amino acids was mixed with KPV and glycoalkylated KPV. Unmodified KPV degraded to its three constituent amino acids within 24 hrs, whereas α-glycoalkylated tripeptide was completely stable under the conditions of the pronase experiment. This indicates a successful modification of KPV to improve its chemical degradation without impacting its biological activity.

Pawar et al. evaluated the delivery of KPV with microneedles and iontophoresis combination across human skin, and compared with passive diffusion, microneedles alone and iontophoresis alone. KPV permeation via passive diffusion was below the limit of detection. With microneedles treatment alone, KPV permeation was increased to 4.4 μg/cm2/h whereas iontophoresis alone and combination increased the permeation by 8 and 35-fold, respectively, when compared to microneedles alone. The low permeation with microneedles alone was attributed to the fact that despite the assistance from microneedles, it is still a passive delivery unlike iontophoresis which is an active delivery technique. The theory of combining these two techniques to increase skin permeation for an extremely water-soluble drugs like KPV was already tested by the same group of researchers in their other publication. Further, a stability indicating analytical method was also developed by the same group of scientists to determine KPV levels in skin homogenates. The calibration curve was linear with a correlation coefficient (r) of 0.9999. Relative standard deviation values of accuracy and precision experiments were <2. The LOD and LOQ were reported to be 0.01 and 0.25 µg/mL, respectively. Additionally, the delivery of KPV can be controlled by optimizing various parameters such as current density, duration of applied current strength, influence of microneedles pretreatment, and KPV concentration. Thus, the aim of the current study was to investigate the feasibility and optimize the transdermal delivery of KPV.

A review of research done in last decade on the α-MSH analogue, KPV has been presented. Based on the limited literature available in last decade, it indicates that the mechanism of action for KPV is still not fully understood. Further, the hydrophilicity of molecule may have discouraged the scientific community from exploring it for its applications in various disease indications. Literature showed that further modification or functionalization of KPV such as addition of cysteine group or glycoalkylation can significantly improve its pharmacological activity and/or chemical stability. It would be interesting to see more literature in future with various chemical modifications to KPV with help of Structural Activity Relationship (SAR) to further improve its anti-inflammatory activity as well as physical and chemical stability over shelf life. Further, oral route can also be explored for KPV for chronic systemic inflammatory conditions, such as Inflammatory Bowel Diseases (IBD), rheumatoid arthritis, hashimoto thyroiditis, multiple sclerosis, systemic lupus erythematosus, etc. various advanced drug delivery systems such as liquid filled capsules, film/enteric coated tablets, osmotic delivery system, etc. would also open doors for delivery of KPV with a higher systemic bioavailability. With current line of treatment being steroids for most of the chronic, inflammatory conditions, a myriad of adverse effects come into play. KPV could potentially be an alternate option with no steroid-like side effects but with same anti-inflammatory effect, especially for long term treatment. 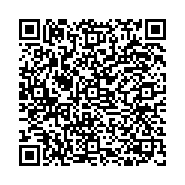