Recently, the World Health Organization (WHO) has declared that Zika, a virus, which has been linked to birth defects and neurological complications, no longer constitutes an international emergency. However, it still remains a threat which calls for a long term efforts to address the issue through development of vaccines. Several ongoing clinical trials led by government and private pharmaceutical companies have shown a great promise in the treatment of Zika. Apart from these trials, there are also ongoing research on understanding the virus better, its transmission mode and future possibility of leveraging it in other disease treatments. This article provides an insight on these efforts and their findings.

In November 2016, WHO declared an end to its global health emergency over the spread of the Zika virus [1], this, however does not downgrade the importance of Zika, as per WHO. The Zika virus has become established in more than 80 countries, infected millions of people, and left many babies with birth defects [2]. Recent data shows about 385 and 611 symptomatic Zika virus disease cases reported in US states and US territories, respectively [3].

Since the outbreak of Zika threat in 2016, the quest to better understand the virus and find a solution to the global threat has been continuing. A team of researchers in Western University, Canada have identified a quicker and cost-effective way to identify the virus by examining the proteins and peptides in saliva over the existing blood test that detects changes to RNA [4]. In another study, researchers investigated the transmission mode of the virus and detected that the virus is more prevalent in reproductive tract after vaginal transfer than after skin injection, when studied in rhesus macaques. This underlines the higher risk of infection for women through sex than from the mosquito [5]. Similar studies done by researchers at the University of Wisconsin-Madison on rhesus macaques investigated the transmission of the virus by direct mosquito bite versus injection of the virus under the skin [6]. While the differences between the resulting infections were subtle, the disease progression was found to be faster with needle-injected virus than mosquito bitten subjects. Further, monkeys who had been bitten were less prone to the virus invasion in central nervous system tissues like the eye or brain. Interestingly, the reproductive tract tissues were infected in both groups of animals, which corroborate the findings of Dr. Griffin. Richner et al reported vaccine-mediated protection to mouse fetuses across two vaccine platforms: a lipid nanoparticle-encapsulated modified mRNA vaccine encoding Zika virus prM and E genes, and a live-attenuated Zika virus strain encoding an NS1 protein without glycosylation. These results show a great promise for pregnant women and fetus bearing the destructive brunt of Zika [7].

There are studies ongoing to evaluate other facets of Zika disease. Scientists at the La Jolla Institute for Allergy and Immunology have investigated the interplay between dengue and Zika infection. The results indicated that mice rendered immune to dengue showed ‘cross-protection’ from subsequent Zika infection. These findings can have profound implications for efforts to build a potent anti- Zika vaccine [14]. Chiu et al. [15] reported an alternate animal model that mimics key features of the Zika virus infection, including its lingering presence in bodily fluid. Acute infections in this model of male marmosets, a New World monkey, resemble the human illness the Zika virus creates in people, including the presence of the virus in semen, saliva and urine up to two weeks after the initial infection. Above research will immensely help the continued quest of understanding the virus and related development of vaccines.

Another study by Dr. Diamond of Washington University School of Medicine in St. Louis in collaboration with Milan Chheda and Jeremy Rich, from the University of California, San Diego and the Cleveland Clinic Lerner Research Institute respectively, has evaluated a different scope of Zika virus. This study has looked into the treatment of Glioblastoma using Zika virus by leveraging its ability to target neural stem and progenitor cells. Zika virus preferentially infected and killed patient-derived glioblastoma stem cells compared with other glioblastoma cell types or normal neural cells. Mice with aggressive glioma on injecting with a mouse-adapted strain of Zika virus, showed a slower tumor growth and significantly extension in the animals’ lifespan. Similar effects were seen with attenuated strain of Zika; however, when combined with an anticancer drug temozolomide, the effect was much more pronounced [16].

In conclusion, the ongoing clinical studies along with the continued research in the area of Zika have given enough reasons to hope that final victory - a vaccine preventing infection and an actual cure - may be possible in the foreseeable future for this deadly disease. These vaccines, however, need to be tested in actual pregnant women and resulting off springs in future trials to validate their efficacy. 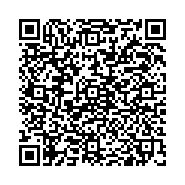