Background: In Japan, patients undergoing dialysis (HD) are increasing every year, and the number has reached 329,609 at the end of 2016. Out of them, 26,313 patients were undergoing longterm HD (LHD; 20 or more years), which is 8.3% of the total number. The number of renal transplantation (RTx) was 1,648 in 2016, 1,471 for living donor RTx (LRTx) and 177 for deceased donor RTx (DRTx). Moreover, in Japan, DRTx did not increase, while the number of patients enrolled in the waiting list for DRTx reached approximately 13,000. Due to this discrepancy, the mean waiting period of DRTx is approximately 17 years, and many patients waiting for DRTx have no choice but to choose LRTx. LHD patients are at a risk of serious morbidity and mortality from the various complications of HD, which hamper outcomes of RTx. Patients and methods: This study was designed to investigate the results of RTx in LHD patients. Ninety patients underwent RTx between May 2006 and December 2017, of which 14 patients were in the LHD group. The most important surgical problem in RTx of the patients on LHD is a contracted disuse bladder (CDB). Its incidence was 42.9% (6 out of 14 patients) in LHD group and 5.3% (4 out of 76 patients) in non-LHD group respectively, significantly higher in non-LHD group than in non-LHD group(p=0.02). Results: All of patients with a CDB underwent ureteroureterostomy. Patients on LHD showed significantly lower graft survival and patient survival rate than those on non-LHD (LHD: 8/14, 57.1% vs. non-LHD: 62/76, 81.6%, p=0.02 and LHD: 12/14, 85.7% vs. non- LHD: 73/76, 96.1%, p=0.004). Conclusion: Preoperative evaluation and perioperative countermeasures are required in LHD patients.

In Japan, the hemodialysis patients are increasing year by year, and it was reported that the number rose to 329,609 according to the statistics at the end of 2016 [1]. Patients on a long-term dialysis (LHD; 20 or more years) were 26,313 which accounted for 8.3% of the total number. Due to the progress in the management of end-stage renal disease and the shortage of deceased donor kidneys, the number of patients undergoing LHD is increasing continuously. And, in our country, there are very few, deceased donor renal transplantation (DRTx), therefore the waiting time of enrolled patients is extremely prolonged, with the mean waiting time being approximately 17 years [2,3].

Most patients with LHD are at a risk of serious morbidity and mortality due to several complications, such as cardiovascular disease, cerebrovascular disease, malignant tumors, hepatitis C, and contracted disuse bladder. Because the QOL of patients with LHD after renal transplantation (RTx) may be remarkably worsened by these complications, the evaluation of complications before RTx is important. We analyzed RTx patients who underwent RTx at Mito Medical Center to determine the impact of LHD on RTx outcomes. RTx in patients on LHD is considered to be common in Japan and is rarely performed in Western Europe or the United States.

In this article, we described the results of RTx in LHD patients at our hospital suggesting the importance of comprehensive and close preoperative evaluation of the patient on LHD.

Patients: We analyzed 90 patients who underwent RTx between May 2006 and December 2017 in this retrospective observational study. Seventy-one patients underwent living donor RTx (LRTx) and 19 underwent DRTx. Fourteen patients were on LHD, while the remaining were on HD for less than 20 years. Of the 14 patients on LHD, 11 were male and three were female; 12 underwent DRTx; and the mean age was 55.3 (range: 44-62) years old. Of the 76 patients on non-LHD, 63 were male and 13 were female, with a mean age of 46.1 (range: 15-75) years old (Table 1).

As important concern for RTx in LHD patients is an increased risk of urologic complications because of an atrophic bladder caused by an extended anuric period. Generally, the bladder volume of transplant recipients with a dialysis history of 10 or more years is decreased due to atrophy, and ureteroneocystostomy may cause such complications as urinary leakage and fistula when the bladder volume is less than 50 ml because of long-term anuria. In such cases, an anastomosis of graft ureter with the native ureter is advantageous. Therefore, we assumed the cut-off value of bladder volume less than 50 ml.

Results are presented as means values. Paired t-test was used for comparison of the LHD and non-LHD patients. All analyses were performed as two-tailed; p-values of <0.05 were considered to be statistically significant. Survival rates were estimated with the Kaplan-Meier method. StatView for Macintosh (version 5.0 Abacus Corporation, Baltimore, MD, USA) was used for statistical analysis.

Table 2: Incidence of HCV-positivity and CDB.

Table 3: Incidence and types of Complications. 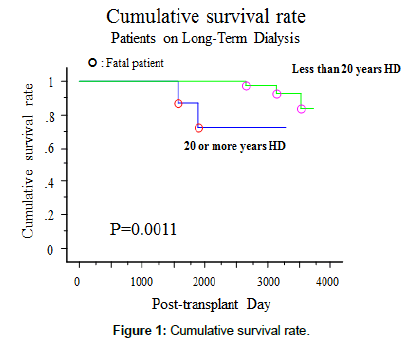 Table 5: Cause of graft loss after kidney transplantation.

In Japan, approximately 1,500 cases per year of RTx are performed, and the number of patients on HD is increasing year by year. Furthermore, the number of patients on LHD is also increasing as the HD techniques are progressing [1,2]. RTx between spouses comprises approximately 40% of the total LRTx, because their child raising period is finally over or they have reached a retirement age after having played their social role and either of one is on dialysis for a long term waiting for RTx [2]. According to the Annual Report of Japan Society for Transplantation: Renal Transplant Registry in 2016, the average HD period was 2.9 ± 4.8 years for LRTx and 16.1 ± 8.4 years for DRTx. In DRTx, patients on HD for more than 10 years were 73.9%, and those on HD for over 20 years accounted for 34.2% of the total number [2]. In Japan, for these reasons, most of DRTx recipients are often on LHD. The LHD patients often develop various complications, including cardiovascular disorder, anti-HCV positivity and CDB [3].

Six of 9 HCV-positive patients had a dialysis history of 10 or more years, and 5 had a dialysis history of 20 or more years. In Japan, erythropoietin became available for clinic use in 1990, but dialysis induction began before 1990 in these 5 patients. All received blood transfusions to treat renal anemia. Therefore, blood transfusion was a probable cause of HCV infection in these 5 patients. Two other patients received blood transfusion during surgery before 1990, and one patient underwent RTx in China. These were the presumed causes of HCV infection. The source of infection was unknown in the remaining patients.

In HCV-positive patients with an eGFR ≤ 50 mL⋅min-1⋅1.73 m-2, including those on dialysis and many RTx recipients, ribavirin (Rib) is contraindicated, and, in principle, IFN monotherapy is indicated. While there are reports of IFN therapy exerting relatively significant effects on HCV in RTx patients, there are also reports of IFN therapy resulting in renal graft loss due to IFN-induced rejection. In Japan, daclatasvir/asunaprevir (DCV/ASV) combination therapy was introduced as IFN-free antiviral therapy in September 2015 [5]. The safety of this therapy in RTx patients or HD patients has not been established. If the efficacy and safety of DCV/ASV therapy in RTx patients and HD patients can be verified in the future, IFN therapy will probably no longer be used. However, IFN therapy, which is unrelated to drug resistance, may be given to HCV-infected patients with multiple-drug resistant viruses induced by the treatment with oral medications alone. In the future, HCV eradication therapy should be performed more actively in HCV-infected renal transplant recipients so as to protect and preserve hepatic function and improve long-term survival of renal grafts.

To repeat, DCV/ASV combination therapy was introduced in Japan as IFN-free antiviral therapy in September 2015. However, its safety in HD patients has not been established, and most of patients still require IFN therapy. It is required to cultivate a mutual and better understanding between transplant physicians/surgeon and doctors engaged in dialysis therapy to ensure that HCV patients who are planning RTx receive the treatment for HCV before RTx. However, HCV treatment has not yet been provided appropriately in HD facilities, and is a serious problem [6].

The incidence of ACR was lower in the LHD than in the non- LHD group. Patients with chronic renal failure and those on dialysis exhibit immunocompromised feature, with impaired neutrophil, monocytes, macrophage, and T and B lymphocyte function [7]. These are especially common in the elderly on long-term dialysis, and lead to impaired immunocompetence [8]. Prevention of rejection with use of immunosuppressive agents may further impair immunocompetence. This may have accounted for the deaths of 2 patients on LHD due to infection. A patient on LHD may be sensitized before RTx by pregnancy or blood transfusion; these high-risk patients must be monitored for antibody mediated rejection; it is essential to recognize that these patients are always in an immunocompromised state [7].

No significant difference between both groups was observed in the serum creatinine levels, but the prognosis was poor in patients on LHD. Our results suggest that HD treatment for 20 or more years causes adverse effects on graft and survival in post-transplant patients. Although the improvement in the complications induced by LHD are limited even after the RTx, most of the patients can achieve good ADL and QOL after RTx [9]. For further improvement in outcomes of RTx in LHD patients, preoperative, close and comprehensive evaluation and perioperative countermeasures are required.

The authors thank all physician, staff in Mito Medical Center.