Oligodontia is a term that describes the failure to form six or more teeth, excluding the third molars, and is linked to a mutation in the MSX1 and PAX9 genes. Oligodontia also causes growth problems in the maxillofacial bone, changes in tooth size, and affects face attractiveness. Treatment is frequently interdisciplinary, involving many types of prostheses to improve function and appearance. The most frequent developmental dental anomaly is agenesis of permanent teeth. Agenesis affects 0.08% to 1.1% of the population, excluding third molars, and is more common in second premolars and maxillary lateral incisors. Vertical bone development can occur when permanent teeth are missing. In such cases, insufficient alveolar ridge bone volume can reduce the success probability of dental implants. Several strategies for increasing bone volume to support osseo integrated dental implants have been developed. To achieve enough bone volume for dental implants, numerous grafting material processes have been used to augment the maxillary sinus floor. Maxillary sinus augmentation is a successful preprosthetic treatment for augmentation of the edentulous posterior maxilla, according to current research. This clinical report describes a prosthodontics treatment in a patient with oligodontia and substantial residual ridge reduction in the posterior region of the maxilla and mandible, which included a surgical approach with bilateral sinus floor augmentation and simultaneous implant insertion. A 23 year old nonsmoking woman was referred to a prosthodontics private practice in Bogota, Colombia, with the complaint of malocclusion and an unpleasant smile due to the lack of certain teeth. She'd had braces since she was a child. She refused to wear a detachable partial denture and never utilized prosthetics. All lateral incisors and second premolars were missing, as well as mandibular second molars that were never produced, according to intraoral findings. Without radiographic evidence of a root, the second temporary right maxillary molar and the second temporary left mandibular molar were present. Both maxillary and mandibular canines had been repositioned to serve as lateral incisors. Furthermore, a decrease in occlusal vertical dimension resulted in aesthetic face issues. Due to the neumatization of the maxillary sinus as a result of the lack of permanent teeth, an intraoral examination indicated insufficient bilateral posterior maxillary alveolar bone development. The patient was given information on the effects of missing teeth as well as treatment choices. Non syndrome oligodontia was offered as a diagnostic. The patient's aunt and a female cousin, on the other hand, had oligodontia, with the absence of some permanent teeth and delayed eruption of the permanent teeth. The patient was offered implant-supported crowns and agreed to undergo numerous surgical operations as part of her treatment.

Prior to therapy, informed patient consent was sought. Sedation and local anesthetic were used for all surgical procedures. The first treatment was to elevate the sinuses on both sides. The remaining bone heights on both sides were 2 mm to 3 mm, with a minimum of 5 mm bone width below the maxillary sinus. The patient underwent a bilateral 1-stage lateral window sinus lift with implant implantation and a bone transplant at the same time. To improve the accuracy of window positioning and implant placement, this surgery was performed utilizing a non-restrictive handcrafted guide. Based on periodical radiographs and a CT scan, this guide design allowed for improved control of window size and implant position. The mobilized section of the sinus wall was then removed after the sinus membrane was raised. The lateral sinus wall defect was filled with a resorb able collagenous membrane, and the area created following sinus membrane elevation was grafted with bios geitslich. After that, the mucoperiosteal flap was sutured. For 7 days, antibiotic therapy with amoxicillin 500 mg tad was administered, as well as a non-steroidal analgesic. Full-arch imprints of the maxillary and mandibular arch were taken after 6 months, and the cast models were then set on a semi-adjustable articulator. The metal-ceramic implant-supported restorations were used to analyses the inter maxillary relationship and level the prosthetic occlusal plane. To allow appropriate masticatory and phonetic function, definitive restorations were performed utilizing conventional cement-retained and screw-retained metal ceramic crowns in this clinical study. To assess the implant-abutment restoration fit, radiographs were collected. One week later, the patient was recalled to assess oral hygiene, and 12 months later, the patient was recalled without issues. The face look and occlusion improved after prosthetic rehabilitation, and the patient's aesthetic and psychological expectations were met. Oligodontia is a numerical anomaly that can affect patients with or without syndrome. It is the most frequent dental anomaly. Mutations in the genes MXS1 or PAX9 have been linked to non-syndrome oligodontia in some studies. These mutations may disrupt one or more molecular mechanisms that regulate tooth production, and some research suggest that it is more common in women than in males. The maxillary and mandibular second premolars, as well as the maxillary lateral incisors, are the most commonly reported missing teeth. According to other studies, the mandibular second premolars, maxillary and mandibular lateral incisors, and mandibular second molars are included in this clinical report. The absence of many teeth can impact beauty, function, and psychological well-being in many circumstances

Removable partial dentures, fixed prostheses, and, more recently, implant-supported restorations are all options for replacing missing teeth. These options may necessitate complex surgical procedures to enhance bone volume, the most frequent of which is augmentation sinus lift for implant placement. Sinus lifting with simultaneous implant placement, using autologous bone and other bone substitutes, is a predictable treatment for dental implant survival. Sinus lifting with simultaneous implant placement could also be used to treat atrophic maxilla in patients with minimal residual alveolar bone height when initial stability could be achieved using taper designed implants in patients with minimal residual alveolar bone height. Severe oligodontia should be treated by a multidisciplinary team that includes periodontics, orthodontics, prosthodontics, and maxillofacial surgery, and their treatment should be geared toward reducing complications and meeting patient’s expectations. This case study is about a patient who has severe non-syndrome oligodontia. Prior to implant therapy, the patient underwent bilateral sinus lift surgery. She was also fitted with implant-supported crowns to help her regain masticatory and aesthetic function. In cases of severe oligodontia, implant therapy can help patients regain functional abilities while also improving their appearance. To achieve good results, it's critical to remember a previous interdisciplinary evaluation and planning. 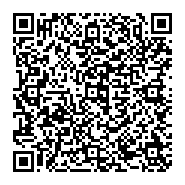