Consanguinity is defined as a relationship with one recent ancestor in common. We present a Muslim couple with known consanguinity and their fetal outcomes over multiple pregnancies. This patient is a 28 yo G4P0300 who is married to her fourth cousin. Her first pregnancy was in Egypt during which a fetal demise was diagnosed at 21 weeks. Her second pregnancy ended in another fetal demise at 27 weeks and most organs were consistent with hydrops. Expanded carrier screening of both parents was negative. Her third pregnancy was complicated by hydropic changes at 21 weeks and fetal demise at 22 weeks. She consented to a trio whole exome sequence revealing a homozygous nonsense mutation c.1534A>T in the GBA gene. The mutation was found in the heterozygous state for each parent. Homozygosity for this mutation is associated with the perinatal lethal form of Gaucher disease, type 2. The patient was already 13 weeks pregnant when these results became available and she opted for a CVS procedure which confirmed that the fetus had not inherited any copies of the c.1534A>T mutation and was unaffected. While there is several case reports describing the Gaucher disease type 2, this case highlights the relevance of consanguinity. This case highlights the utility of whole exome sequencing in the setting of prenatal diagnosis and illustrates the significant limitations of expanded carrier screening when a genotyping panel is utilized with limited mutations per gene evaluated.

Consanguinity is defined as a relationship with one recent ancestor in common. While this is uncommon in western countries, over one seventh of the world’s population is estimated to live in countries where 25-50% of marriages are consanguineous [1]. These relationships are known to be associated with increased risk of miscarriages, fetal anomalies and stillbirth due autosomal recessive conditions. The general population risk of having a child with a birth defect is ~ 2-3%. First cousin marriages increase the risk 2 times above the general population risk of a birth defect (~ 4-6%) [2]. The Latin- American Collaborative Study of Congenital Malformations found a significant association with three congenital anomalies: hydrocephalus, postaxial hand polydactyly and bilateral cleft lip +/- palate [3]. A study published in the Annals of human biology in March 2017 urged that pre-marital and pre-conception counseling about the potential harmful consequences of consanguinity should be an integral part of health policy [4]. Obeisant et all showed an increased risk of low birth weight, preterm labor and birth with congenital anomalies associated with consanguinity [5]. We present one couple with known consanguinity and their fetal outcomes over multiple pregnancies.

Our patient and her husband are 4th cousins of Egyptian descent. She presented as a 28 year old G4P0300 with three previous second trimester losses. Her first loss occurred in Egypt at approximately 21 weeks of gestation, diagnosed during a routine prenatal visit. Limited information is known about this pregnancy regarding other factors. She proceeded to have an uncomplicated induction of labor and delivered a male fetus, but no autopsy or genetic studies were performed.

Her second pregnancy was two years later, after immigration to the US and once again there was no fetal heart rate at 27 weeks of gestation. A fetal autopsy was performed and no anomalies were identified. The fetus was noted to be hydraulic and most of the organs were utilized and or partially utilized. Karyotype on the products of conception confirmed a male fetus, 46 XY. The placenta was noted to be large with mild inflammation of the membranes and an unremarkable 3 vessel cord. Infectious studies were negative for CMV, HSV and EBV.

Following this pregnancy, she was seen by genetics with plans for microarray testing of preserved fetal tissue from her second pregnancy. However, there was insufficient tissue to perform microarray analysis. Maternal chromosome analysis was performed and the karyotype was 46, XX. Her spouse declined karyotype analysis because he was uninsured. The patient was found to be an alpha thalassemia carrier. However, her spouse had a normal MCV, MCH and hemoglobin electrophoresis. They both had an expanded carrier screening panel which included over 120 conditions performed by targeted genotyping. No mutations were identified for the patient or her partner by this specific panel. She also had a negative antiphospholipid antibody work-up and despite her Rh-negative status, there was no evidence of RBC alloimmunization.

After an initial Maternal Fetal Medicine consult, saline sonohysterography was performed and showed no evidence of any congenital uterine anomalies. She was seen at our high risk clinic for her third pregnancy when she was 11 weeks and the first trimester screen results were low risk for common aneuploidies with a normal nuchal translucency. At 21 weeks, the patient presented for her level II ultrasound. The nuchal fold was increased measuring 10 mm and the fetus was hydropic with pleural effusion and significant assets. The umbilical artery demonstrated an elevated S/D ratio and MCA Doppler had elevated peak systolic flow (MoM 1.57), suggesting fetal anemia.

Based on the fetal ultrasound findings, an amniocentesis was performed. Fetal studies revealed negative PCR for Parvovirus B19, normal male karyotype and the SNP microarray analysis did not reveal any copy number variants. However, as expected based on consanguinity, the microarray revealed long contiguous regions of homozygosity in chromosome 1 and 12 (total 37.9MB). A repeat ultrasound performed at 22 weeks confirmed a fetal demise and slight worsening of fetal hydrops. The patient elected for induction of labor and had an uneventful vaginal delivery. On postpartum day one, she was noted to have increased vaginal bleeding and a dilation and curettage was performed for retained products.

At this time, the patient had 2 pregnancies complicated by hydrops fetalis. This may result from a wide range of conditions and is classified as immune or nonimmune. The pathophysiology hydrops remains unclear. Immune hydrops results from transplacental passage of maternal antibodies that obliterate fetal red blood cells. Although our patient was Rh negative, she had no evidence of RBC alloimmunization, ruling out immune hydrops.

Nonimmune hydrops is a larger category, accounting for 90% of cases. The majorities are due to cardiovascular anomalies (21%) but this category also includes many other causes ranging from chromosomal to metabolic. The etiology is dependent on gestational age at diagnosis. When diagnosed prenatally as our patient was, 20% is due to aneuploidy, 15% cardiovascular and 14% infections, the most common being parvovirus B19(2). These cases had already been investigated and ruled out for our patient based on normal karyotype, microarray, and infectious studies.

The patient was counseled that since the second fetus also had hydrops, this could potentially be caused by an autosomal recessive condition due to consanguinity. She consented to a trio whole exome sequence (DNA from the third pregnancy, DNA from the patient and DNA from her spouse). All the coding regions were sequenced and the variant creation focused on disease causing mutations with an emphasis on chromosome 1 and 12 (where the fetus had loss of heterozygosity by microarray). The fetus was found to have a homozygous nonsense mutation c.1534A>T in the GBA gene. This gene is located on chromosome 1 within the region of loss of heterozygosity. The mutation was found in the heterozygous state for each parent. Homozygosity for this mutation is associated with the perinatal lethal form of Gaucher disease, type 2.

Given an established molecular diagnosis, the patient was counseled regarding the 25% risk of recurrence, the option of diagnostic prenatal testing and the option of pre-implantation genetic diagnosis. However, the patient was already 13 weeks pregnant when these results became available. After genetic counseling, she opted for a CVS procedure which confirmed that the fetus had not inherited any copies of the c. 1534A>T mutation and was unaffected. A fetal microarray was also performed and revealed that the fetus had loss of heterozygosity in a region of chromosome 7. This was presumed again to be due to the consanguinity. However, in case this represented uniparental disomy, knowing chromosome 7 has an imprinted gene associated with Russell Silver syndrome, parental studies were performed and biparental inheritance of chromosome 7 was demonstrated. We reviewed the residual risk given their consanguinity, but reassured they that the disease in the previous fetus will not affect their current pregnancy.

Gaucher disease is the most common lysosomal storage disease seen worldwide. It is an autosomal recessive lysosomal storage disorder caused by deficiency of the enzyme glucocerebrosidase. The affected gene is located on chromosome 1q21 and more than 300 variants have been reported to date [6]. Type 2 can cause hydrops fetalis characterized by abnormal accumulation of fluid. Pathophysiology is not well understood, however, most fetuses die in utero, as was the case for this patient [7].

While there is several case reports describing the Gaucher disease type 2, this case highlights the relevance of consanguinity. This is also the first recorded case of Gaucher disease with this specific nonsense mutation. This case highlights the utility of whole exome sequencing in the setting of prenatal diagnosis. Consanguineous couples are more likely to have offspring with autosomal recessive conditions and WES may be the only tool which could elucidate a diagnosis in any of these cases. Interestingly, this patient had expanded carrier screening, which included the GBA gene. However, only seven mutations were evaluated, and this patient’s mutation was not included. This case also illustrates the significant limitations of expanded carrier screening when a genotyping panel is utilized with limited mutations per gene evaluated.

This case highlights the importance of considering metabolic disorders and autosomal recessive conditions when evaluating a fetus for hydrops, especially when parental consanguinity is known or loss of heterozygosity is demonstrated by the fetal microarray. Given most mutations are rare, whole exome sequencing should be considered for these cases as the mutation is likely to be homozygous in the affected proband and present in only one copy in the parents. In addition, the gene of interest may be more likely to be located in the region where loss of heterozygosity is demonstrated on the proband’s microarray. In essence, variant creation from WES may be easier in the affected fetus of a consanguineous couple.

Particularly for consanguineous couples who have an affected pregnancy with fetal hydrops, the cause is more likely to be genetic in nature and inherited in an autosomal recessive manner. Therefore, fetal studies should include a WES after the more common causes are ruled out. Securing a molecular diagnosis allows these higher risk couples to have a preimplantation genetic diagnosis or prenatal testing. 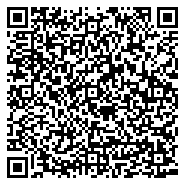