A 55-year-old man with a history of hypertension appeared with a constant headache for the previous two weeks. The headache was light and diffuses, with little diurnal change, and was not accompanied by vomiting or convulsions. He took medicines to relieve the pain, but the headache lingered. The patient's neurological status was normal. It shows a left front parietal sub-acute subdural haematoma with an 8 mm midline shift to the right side on a CT scan head dated. A repeat CT scan revealed chronic subdural haematoma at the same location as the sub-acute subdural haematoma. Furthermore, a CT scan from the revealed that the sub-acute subdural haematoma had completely resolved. Overall, the patient's neurological condition was unaffected. Patient exhibited a substantial sub-acute subdural haematoma with a thickness of 16 mm and an 8 mm midline shift on radiography, as well as a persistent headache, no vomiting, and no neurological disability. Surgery is indicated in such patients, according to the guidelines for surgical care of traumatic brain injury published by the brain trauma foundation and the congress of neurological surgeons. However, due to his clinical condition, the patient was followed up with CT scans and neurological assessments on a regular basis. Over the course of four months and eleven days, the patient recovered entirely and the sub-acute subdural haematoma was completely resolved. Following a fall of less than one meter, a 67 year old male patient appeared with deterioration of mental condition. He has underlying illnesses such alcoholic liver cirrhosis, diabetes, and hypertension. The patient was initially unconscious, with a glasgow coma scale score of five, and a right hemiparesis with a dilated left pupil. An ASDH with a thickness of 25 mm was discovered on brain Computed Tomography (CT) in the left front temporoparietal area. The midline shift due to mass effects was 15 millimeters. Between the interior table of the skull and the hyper dense collection, a hypo dense band was also discovered.

We opted to do a craniotomy to remove the hematoma, but blood work revealed remarkable abnormalities, including a platelet count of 51000 and an International Normalized Ratio (INR) of 2.17. We decided to execute conservative care in intensive unit care after considering post-operative complications and family views. He received a platelet transfusion as well as vitamin K. A repeat brain CT scan was performed 24 hours following the initial scan and revealed hematoma redistribution to the tentorium and posterior inter hemispheric fissure. The ASDH in the left hemisphere of the brain was practically gone. The ipsilateral lateral ventricle's mass effect had faded, and the surrounding sulci had resurfaced. On the third day, another brain CT scan was done, which revealed complete clearance of the Sub-Dural Hematoma (SDH) over the left cerebral hemisphere. After the CT scan, his clinical condition steadily improved. He was obeying simple orders and verbalizing within a few days. From a neurological standpoint, he continued to improve radio logically and clinically. He was then directed to a gastrointestinal doctor for liver cirrhosis treatment. He was released with alert mental status after a month. Patients with significant SASDH (midline shift >5 mm or maximum haematoma thickness >10 mm) without any neurological deficit and radio logically indicating surgical treatment as proposed in the brain trauma foundation and congress of neurological surgeons guidelines for the surgical management of traumatic brain injury released in 2006. Repeat CT scans and neurological evaluations should be performed in such circumstances to avoid unnecessary surgical intervention in patients who may recover entirely over time. There are no factors that indicate if SASDH will resolve a problem. The purpose of this case report is to alert neuro trauma surgeons to the importance of allowing for spontaneous SASDH regression before surgical intervention. It will prevent patients from having to undergo unneeded surgery and its associated risks. This will significantly reduce the burden in neurosurgical operating rooms as well as healthcare spending. 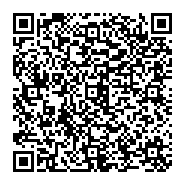