Seroma is one of the most common complications in the surgery [1-3]. This complication causes unwanted results of deformity due to seroma accumulation and compression on other structures and may cause infection and abscesses [1,3,4].

Sometimes, seroma needs to be treated with procedures such as aspiration, or draining, and these patients may need to go back to the operating room [1,3].

Many factors contribute to seroma formation, such as inflammation, and blood vessels and lymphatic channel drainage injuries which eventually accumulates in the dead spaces created by surgery, trauma, or shear forces and prevent tissue adhesion [1,3,5,6]. In the literature, sclerotherapy has been used by injecting the sclerotic agents into the dead space to induce inflammation and a fibrotic response that seals the dead space.

Tetracycline was found to be an efficient topical sclerosing agent [7-13].

There are preventive ways to reduce seroma formation by eliminating the dead space with progressive tension sutures, using moderate electrocautery, closed suction drains, and compression [14-16] but in this study our purpose was to review the literature on seroma prevention and treatment with tetracycline.

A database search was conducted in PubMed by the author for all articles using the following terms “seroma,” “sclerotherapy,” and “tetracycline.” All English-language studies were included. The inclusion criterion was the use of tetracycline as sclerotherapy to treat or prevent seroma.

A literature review was performed to evaluate the effect of tetracycline in treating or preventing postoperative seroma (Table 1).

Tetracycline was to treat seroma in two studies and as prophylaxis in three studies and one study was aborted.

For treatment, in 1983, Sitzmann et al. [17] used a sclerosant solution containing tetracycline for five patients who developed seroma post mastectomy and lymph node dissection, and the seroma was resolved without complications.

After that, in the same year, Nichter et al. [18] also used tetracycline as a non-operative option for alternative treatment for persistent seroma in four patients, all of whom were successfully treated.

Using the tetracycline as prophylaxis during surgery to prevent seroma formation, McCarthy et al. [19] in 1986 designed a prospective randomized trial to use tetracycline to prevent postmastectomy seroma, but the trial was aborted because they did not find any treatment benefits from prolonged drainage and some patients developed severe pain.

Aureomycin, which considered the first member of the tetracycline family, was discovered by Benjamin Duggar in 1945 by natural fermentation of Streptomyces aureofaciens.

After two years, terramycin, the second member, was synthesized by Streptomyces rimosus,.

In 1953, through a biological process followed by a chemical process, the two previous antibiotics were observed to have the same basic structure and the new member tetracycline was obtained [21].

Tetracycline is a broad-spectrum antibiotic that affect the protein synthesis primarily by binding to the bacterial ribosomes [22].

In the literature, tetracycline is commonly used as a sclerosing agent to treat malignant pleural effusions, hydroceles of the testes, hepatic cysts, endometrial cysts, and pericardial effusions [7-11]. Additionally, this drug has been used to obliterate the gallbladder lumen and chronic biliary-cutaneous fistula [12,13].

Sitzmann and Nichter succeeded in treating patients who already had seroma postoperatively. However, applying tetracycline during the operation did not help reduce the output or seroma formation [16,20]. In contrast, using sclerosing agents as prophylactic agents during surgery increases seroma formation, as these agents seem to induce the inflammatory process [3].

To study the dosage, Nichter et al. [18] included four cases. The first was a patient who underwent breast reconstruction by latissimus dorsi flap and developed seroma in the donor site, the author used tetracycline solution (1.5 gm) for 40 minutes. After that, he applied mild compression with a drainage tube which was removed after 72 h. The second case was a left tensor fascia lata rotation flap to cover a trochanteric pressure ulcer. Two gram of tetracycline solution was injected through the drainage tube which was kept for 2 h, and then the closed-suction drainage catheter was kept in place for 72 h. Third, a case of groin burn was reconstructed by gracilis flap transposition for coverage. In this case, 2 mg tetracycline solution in 150 ml saline was injected, and the patient was retreated after 2 weeks with 500 mg tetracycline hydrochloride in 50 ml saline solution. The last case was a patient with paraplegic who developed a fluid-filled adventitious bursa over the sacral and gluteal regions. In total, one gram tetracycline in 75 ml saline was administered through the drainage tube, which was then removed after 74 h.

No conflict of Interest 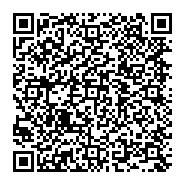