The Impact of Domestic Violence on Mental Health

After less than 50 years ago, domestic violence is still a relatively new phenomenon. In those years, advocates, law enforcement, mental health professionals, medical professionals and even researchers have begun to realize the impact domestic and intimate partner abuse has on its victims. Research has shown that “women experiencing domestic violence are more likely to have a mental health issue” and “women with mental health problems are more likely to be domestically abused (Mental Health Foundation, n.d., para. Research has also indicated that women who experience violence are twice as likely to experience depression (VAWNet.org, n.d.). The World Health Organization’s Global Status Report on Violence Prevention indicates that one in three women have been the victim of sexual and physical abuse at some point in their life (as cited by Pill, Day & Mildred, 2017). The report also indicated that the average period of abuse is approximately ten years (Pill et al, 2017). Other research has indicated that 15-34-year- old women experience the highest rate of abuse (Howard & Feder, 2013).

Research on the neurobiological response to trauma shows that the amygdala of the brain is triggered with responses of fight, flight or freeze response. Research shows that the flight response will increase the heart rate, raise blood pressure levels and also increase oxygen levels as well [1]. This reaction is to allow the body to have the ability flee the danger. However, continued influx of cortisol on the body will create unhealthy and dangerous outcomes on the body. Current research has also shown that specific injuries women experience ranges from acute conditions and injuries to nervous system conditions and nutrition worries [2]. Acute conditions and injuries include traumatic brain injury, blunt force trauma injuries, lacerations and broken bones/ fractures and soft tissue injuries.

Early research (Golding 1999) indicated that victims of intimate partner violence (IPV) are three to five tines more likely to have thoughts of “suicide, substance abuse, PTSD, and depression” [3]. It has also been noted that psychological abuse impacts the outcome of PTSD [4]. It has been thought that PTSD was created more from physical abuse but researchers such as Dutton, Goodman and Bennett (1999) has shown that psychological abuse for victims of IPV is relevant. Such research lends itself to credibility of the detriment of IPV on mental health.

Mengo, Small and Black (2017) state that according to Johnson et al (2008), “mental health symptoms differ according to the severity and type of abuse, sociodemographic characteristics, social support network, and the woman’s individual ability to control and adjust her own emotional responses” (p. 4).

Social support has become a factor that is currently being analyzed. Some research has examined the theory of empowerment. This theory has indicated that women who receive social support are more empowered to “develop a positive self-image and identify according to Chestang (1976). Johnson, Worell & Chandler (2005) found that social support assists the victim to “cope with current and future trauma as well as personal development”. Mengo et al (2017) examined further the concept of social support theory (Thoits, 1995) which looks at the number of resources that people have (social capital) that allows them to deal with life stressors. These theories point to the fact that when victims have social support and empowerment, they are better able to “buffer the negative effects [of abuse] and can bounce back from a distressful situation” [5].

A brief review of some of the most prevalent mental health issues is essential.

Post-traumatic stress disorder (PTSD) is frequently found in victims of abuse. A study by Mertin and Mohr (2001) found that 40 to 60% of victims suffered from PTSD. Many victims experience the symptoms of PTSD, re-experiencing flashbacks (triggered by exposure to other violent events), avoidance of places that will remind the victim of the abuser/events, startle response (loud noises), and difficulty sleeping, to name a few. However, Karakurt et al indicate that many victims have symptoms of PTSD but do not meet the full diagnostic criteria (2014).

Substance abuse is another factor that not only effects the body but can also affect the mental health of a victim. Research has shown that female victims are more likely to use drugs (prescription, over the counter and illegal drugs) along with alcohol. The same held true in study of victims who were in substance abuse treatment, two-thirds had experienced IPV. Fowler (2007) found that two-thirds of the women he interviewed in shelter were at risk of substance abuse. Fowler ’ s research also showed that 60% of women were alcohol dependent and 55% were drug dependent. In another research study (Martin et al 2008) of victims in shelter in North Carolina, 26% to 50% of victims has a substance abuse problem.

On another note, self-esteem can play a contributing factor for victims staying or leaving. Research by Clements & Sawhney (2000) indicated that many victims will not only feel guilt, shame and selfblame, but can have a negative effect on whether victims “take steps to void or exit abusive relationships”. Added to this is the lack of support from both professionals and family or friends along with blaming the victim for the abuse. It is posited that the mental health issues of depression, PTSD and substance abuse may contribute to the damage of self-esteem.

Only in the last ten years have the issues of traumatic brain injury (TBI) and strangulation been examined and included in the issue of health and mental health. The general definition of traumatic brain injury is a blow to the head or loss of blood and/or oxygen to the brain. Symptoms vary from sensitivity to light, problems with memory and vision, fatigue, headaches, sleep disturbance, and even loss of skills – shopping, learning or reading. It is important to remember that once a brain cell is lost – it is not regenerated. It is lost forever.

It has been indicated that:

• 33% of victims use emergency rooms

Studies have indicated that victims of abuse with long duration of unconsciousness are more likely to have traumatic brain injury [7].

The intersection of traumatic brain injury and domestic abuse is beginning to uncover how serious domestic abuse can be and the impact it makes on the body. Victims of abuse with TBI will have impaired ability to make decisions on leaving or even safety planning for leaving. These conditions will even be used by the abuser in custody issues. The intersection of strangulation along with TBI has begun to acutely concern domestic violence advocates, researchers, district attorneys, judges and law enforcement. Little has been known about strangulation and its effects on victims until the last 10-12 years. Strangulation is defined as “a type of mechanical asphyxia, in which the person is unable to breathe or where vascular occlusion occurs due to compression on the neck” [8]. It takes very little pressure for a person to become unconscious – approximately 10 to 15 seconds and death in a mere 3 to 5 minutes. The link between nonfatal strangulation and domestic violence cannot be denied. In fact, research has shown that one attempted nonfatal strangulation increases the likelihood of a domestic violence homicide by 750% [9]. As was indicated earlier, some of the same symptoms victims of abuse may experience for mental health are also some of the same mental health issues that arise with strangulation – anxiety, depression restlessness, memory loss, dementia, amnesia, suicidal ideation, nightmares, and severe stress reaction [10]. The difference with mental health effects caused by the abuse is that strangulation can cause permanent damage for loss of memory.

Since the connection between TBI and strangulation along with the long-term effect on victims is relatively new, there is no idea of how extensive this issue may be for the field of domestic violence. Only further research over decades will truly give us the right picture and the right interventions and preventions for future victims. In the meantime, it is imperative on all of us to ask the questions:

1) Have you ever been strangulated?

2) How many times, if you recall, have you been strangulated?

4) Did you lose consciousness?

5) Were you in the same place as when the strangulation began? (Could indicate that victim may have hit head on the floor – need to check for bumps on the head).

6) Were you shaken or thrown against anything?

7) Do you recall what the abuser said before or during the event?

8) Is this your normal voice? (Victims of strangulation will have a raspy voice and/or sore throat following the event) [11].

Even though these are just a few of the questions to ask victims, observation is just as critical. Note the behavior – nervousness in talking about the event, does the victim have petechiae (blood-shot like eyes) – small red bumps similar to measles and can appear around the victims mouth and along the hairline and around. Without universal intervention, many more victims will lose their lives from domestic abuse, traumatic brain injury, strangulation and mental health issues [12-16]. 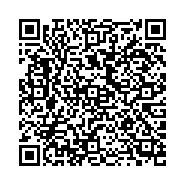