The Importance of Ki-67, Ck-6 and Ck-16 Expression in the Evaluation of the Destructive Effect and Hyper Proliferative Capacity of Cholesteatoma

Cholesteatoma is defined as the abnormal presence of keratinized squamous epithelium in the middle ear cavity and other pneumatized areas of the temporal bone. Cholesteatoma, with its hyperproliferative and destructive properties, causes bone destruction of the middle ear structures and its surroundings. The ossicular chain and bone resorption of the otic capsule can cause hearing loss, vestibular dysfunction, facial paralysis and intracranial complications. There is no single cause of osteoporosis in cholesteatomas. Mechanisms such as pressure necrosis, chronic osteomyelitis, resorption with osteoclast, enzymatic reseorption, local pH changes, and vascular proliferation are thought to play a role in cholesteatoma-related bone resorption [1].

Cholesteatoma, with its hyperproliferative potential, can lead to destruction in surrounding tissues and related complications, and may present with postoperative recurrences. However, complications do not occur in every patient with cholesteatoma. In this study, we aimed to investigate the expression of Ki-67, CK-6 and CK-16 in acquired cholesteatoma and to reveal the relationship of these markers with destruction and recurrence of cholesteatoma.

The study was conducted as a prospective immunohistochemical study by collecting cholesteatoma tissue (n=45) and external auditory canal skin (n=10) during tympanoplasty operation between February 2015 and September 2018. Ethics committee approval was obtained from the patients by providing information about the study.

During the operation, the extent of cholesteatoma, ossicular chain damage and the presence of complications were recorded. Patients with congenital cholesteatoma were not included in the study. In the study, patients were divided into four groups:

Complicated cholesteatoma (n=15): Patients with at least one clinical complication and findings of intraoperative complications.

Uncomplicated cholesteatoma (n=15): Cholesteatoma with one or more ossicular chain destruction but without complications.

During the operation, tissue samples were taken for the study froups and placed in 10% formulation and sent to the Pathology Department for immunohistochemical analysis. After the samples taken from all groups were embedded in paraffin, 4 micron thick sections were obtained and placed on a poly-l-lysine coated lam. Lames were initially kept in the oven at 370C for 15 minutes, and then immunohistochemical staining was performed with Ki-67, CK-6 and CK-16 dyes on an automatic staining device (Ventana Bench Mark Ultra, SN:316054). After treatment with primary antibody, it was washed in tap water and covered with an ultra-amount. All samples were evaluated under a light microscope by the same pathologist and researcher. The pathologist and investigator were unaware of the clinical condition of the patients and the study groups during the evaluation of the samples, and the study thus gained a double-blind feature. 100 epithelial cells were counted by evaluating the 3 most stained areas at 200 magnifications under light microscopy and the number of positively stained epithelial cells was determined as the percentage of Ki-67 positive cells. CK-6 and CK-16 staining patterns were determined according to the stained epithelial layers (Figure 1). The compliance of numerical variables to normal distribution was tested with the Shaphiro-Wilk test. Student's t-test was used to compare variables that fit normal distribution in two groups, and ANOVA and LSD tests were used to compare three groups. Relationships between categorical variables were tested with the Chisquare test. SPSS 22.0 Windows version was used in the analysis. P<0.05 was considered significant.

Table 4: CK-16 staining pattern according to the groups.

When the relationship between the CK-16 staining pattern and the Ki-67 index was compared, the Ki-67 index of the full-coat stains was found to be significantly higher than the basal-suprabasal stains (p=0.001) (Table 5).

Ki-67 protein is a marker closely related to cellular proliferation. Since this protein is present in all active phases of the cell cycle susch as G1, S, G2 and mitosis, but not in the G0 phase, it is a unique marker in growing and proliferating cells [6]. In previos studies, it wasshown that there is a higher rate of Ki-67 expression in cholesteatoma epithelium compared to normal skin [7-10]. Although there are many literature studies stating that the Ki-67 index is high in cholesteatoma, there are few studies that contradict each other and explain the relationship between Ki-67 index and the destructive behavior of cholesteatoma [11-13]. It can be concluded that the difference in clinical parameters and methodological methods was effective in obtaining different results in these studies. One or more ossicular damage due to chronic inflammation can be seen in patients with chronic otitis media with discharge without cholesteatoma. This situation indicates that one or more ossicular damage is an insufficient parameter in evaluating the aggressiveness of cholesteatoma. Therefore, in our study, we defined cholesteatomas with one or more ossicular chain damage or causing damage in the attic as non-invasive group without complications. According to our experience, we also encounter dehiscences in the facial canal in patients operated for chronic otitis media without cholesteatoma. In an anatomical study conducted by Baxter [14], it was reported that 57% of people had dehiscence in the facial canal at the oval window level. In another study conducted by Moreano et al. [15] on 1000 temporal bones, dehiscence was found in at least one of the facial canals in 56% of the patients. In our study, we based on complications related to cholesteatoma to reveal the invasive character of cholesteatoma. We did not consider facial canal dehiscence alone as a complication. Because facial canal dehiscence alone may be a pre-existing anatomical defect independent of the disease, and accepting it as a complication will lead to a false positive evaluation. Therefore, we considered facial paralysis and facial canal dehiscence in contact with intraoperative cholesteatoma as a clinical complication. Other complications we included in the complicated cholesteatoma group were LSSC fistula, otomastoidectomy, temporal lobe abscess, and meningitis. The high Ki-67 index in cholesteatoma compared to the epithelium of the external auditory canal was consistent with previous studies. In addition, our study provides support that the Ki-67 index is an important pathological parameter in the aggressive behaviour of cholesteatoma. However, there are also factors that limit our study. The most important of these is the period from the onset of cholesteatoma to the emergence of complications. If the patients who are accepted as uncomplicated cholesteatoma are delayed in the diagnosis, it may appear as a complication in the future or does the aggressive behavior of cholesteatoma increase over time? Despite these uncertainties, our study is supported by both previous studies and statistically significant data we obtained. 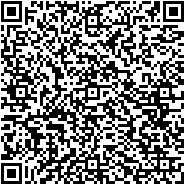