Dysthymia (DD) is a much-overlooked soft mood disorder and is mostly confused with other forms of chronic depression. This research paper gives a spotlight on the DD prevailing in men and women. It also focuses on one of the comorbidities of Dysthymia, i.e., Anxiety. The comorbidities, hurdles in diagnosis, the ubiquity of the disorder, and the relation between Anxiety and DD are briefly described. Gender was the focus here because the researcher of this paper found it as a research gap while doing the literature review.

The study was done through secondary data obtained primarily from a questionnaire having Alpha 0.891 reliability. The t-test method of data analysis was used to test the hypotheses. The result shows that the researcher failed to accept alternative hypothesis 1 (M1>M2), while alternative hypothesis 2 (M1>M2) was accepted. The ratio of DD in women (M1) is not higher than that of men (M2) (hypothesis 1). But women are more anxious than men (hypothesis 2). It was found that comorbid Anxiety is more widespread in one gender. It further plays a significant role in mixing up the symptoms. It was concluded that the dividing line between Dysthymia and MDD is still unclear for an accurate diagnosis. There is an essential need for spreading knowledge concerning the differences between the symptoms of DD and MDD so that the actual disorder can be identified and proper help can be received from/provided by professionals. 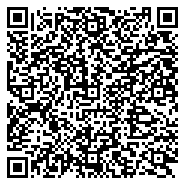