The Trend of Physical Disabilities Resulting from Type 2 Diabetes Mellitus in the Kenyan Society from 2010 to 2020: A Systematic Review

Type 2 diabetes is one of the world’s most prevalent noncommunicable diseases. It has progressively increased around the world caused largely by a lack of physical activity and the consumption of an unhealthy diet. This disease affects Kenya greatly due to the lack of awareness of the condition and inefficient screening methods. The majority of cases are only discovered after the onset of the symptoms, which can take years to manifest. Physical disabilities such as retinopathy, nephropathy, hypertension, and neuropathy are all extremely common in Kenya. The continual increase in cases of the disease has led to these complications being more prevalent as there are many cases that go unnoticed until it is too late. This article aims to assess the trend of physical disabilities resulting from type 2 diabetes mellitus in the Kenyan society from 2010-2020. The article used systematic review research method to investigate the major physical disabilities caused by type 2 diabetes in the Kenyan society for the past ten years. Results indicate that the four major diabetes complications, retinopathy, nephropathy, neuropathy, and cardiovascular complications were all observed in the Kenyan society. Some complications lead to hypertension, poor quality of sleep, and diabetic foot ulcers, among others. It was concluded that the prevalence of the disease is likely to increase over the coming years and there needs to be a shift in public health, medical, and lifestyle practices as well as awareness that will enable us to flatten the curve of complications arising from type 2 diabetes mellitus. 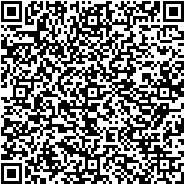