In the present study, two new biocompatible glasses, with the same components, but in different proportions, were produced.The thermal behavior of both glasses was analyzed and the glass transition temperatures (Tg) were determined by differential scanning calorimetry (DSC) for both glasses. The DSC analyses showed that the bioactive glass with Ca/P = 1.68 showed higher Tg than the bioactive glass with Ca/P = 1.33.

Studies on the synthesis of phosphate glasses have been reported from different authors, mainly due to their effect on chemical stability [1-3]. Different applications such as in electronic components [4-6], as well as on sealing systems [7], lasers [8] and biomedical materials [9-11] have been reported.

Niobo-phosphate glasses designed to be biocompatible have been reported by several authors [11-13]. In previous studies, a CaO-P2O5-Nb2O5-CaF2 glass was developed and tested in vitro [12,13]. However, transition temperature of this new glass remained undetermined. In the present study, a new biocompatible glass, with the same components, but in different proportions, was produced. The thermal behavior of both bioactive glasses was analyzed and the glass transition temperatures (Tg) were determined by differential scanning calorimetry (DSC) for both glasses.

Two niobo-phosphate glasses were produced by mixing different amounts of Nb2O5, H3PO4, CaCO3 and CaF2. The mixtures were melted at 1350°C and cooled into ultrapure water. The designed glasses compositions are shown on Table 1.

The produced glasses were milled in a ball mill Marconi MA350/E, using alumina balls. The obtained powder was analyzed by DSC and X-ray Diffraction (XRD). The DSC analyses were performed in a differential scanning calorimeter DSC 404F1 Pegasus (Netzsch) in a heating rate of 20ºC/min from 30ºC to 500ºC, and above 500ºC up to 1000ºC with 5 and 10ºC/min. The analyses were realized with Pt-Rh crucibles and under argon atmosphere. The results were treated with Netzsch Proteus software.

Structural characterization was performed by X-ray diffractometry in a Panalytical X’Pert Pro diffractometer with CoKα at 40 kV, 45 mA with an iron (Fe) filter. The scan was made in 0.02° step from 10° to 100°. The results were treated with the software X’Pert HighScore Plus. 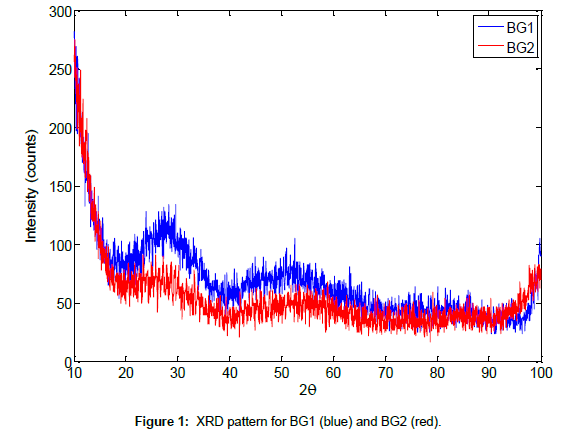 Table 2: Summary of DSC results for Glasses 1 and 2.

It is conventional to adopt the Tg values from DSC analyses with heating rate of 10°C/min. Figure 3 and Table 2 show the DSC results for both glasses under heating rate of 10°C/min. The glass transition temperature for BG1 was found to be Tg = 695.6°C and, for BG2, Tg = 707.0ºC. Glass 1 has higher glass modifier content than glass 2, what explains the Tg reduction. In addition, BG2 has higher Nb2O5 content than BG1. Sene et al. reported a rise in the Tg of niobophsophate glasses with increasing Nb2O5 content. This was explained in the basis of Nb-O-Nb and Nb-O-P being stronger than P-O-Nb bondings, and thus requiring higher relaxation temperatures.

Glass 1 showed lower Tg than glass 2. Additionally, glass 1 shows Ca/P = 1.68. This ratio is very close to that of hydroxyapatite (Ca/P = 1.67), and this is a promising feature regarding bioactivity. Both glasses can be converted to glass ceramics after heat treatments between 750ºC and 900ºC.