Methods: Facility-based cross-sectional study was conducted among 480 women at South-West regional hospitals from March to September 30/2020, in Ethiopia. Study participants were nominated using a systematic random sampling technique. Data were collected using pretested and interviewer-administered questionnaires. The data were entered into Epi data version 3.5 and analyzed using SPSS version 25. Binary and multivariate logistic regression analyses were performed to determine the association between predictors and timely initiation of breastfeeding initiation. The strength of association was evaluated using an adjusted odds ratio at a 95% confidence interval, where statistical significance was considered at a threshold of p<0.05.

Breastfeeding is the ideal and natural way to nurture infants. Mother’s milk is the most complete food in the first six months of life [1]. Due to nature’s giftedness, it is the most feasible, cost-effective, and affordable irrespective of the country’s wealth. According to the world health organization recommendation guidelines, mother's milk must be started immediately after delivery and it must be considered as the only food for the baby in the first six months of life and then it should be preserved minimum of two years combined with a child’s diet.

Breastfeeding is the only means of obtaining nutrition for neonates until six months and has a variety of roles including; mother-infant bonding, growth, and development, being mentally capable, enhancing the baby’s immunity, disease prevention, and minimizing morbidity and mortality in infants [2]. In addition to infants' benefits, timely practice of breastfeeding has also owned maternal-side benefits regards decrease the amount of vaginal blood loss and improve uterine involution through stimulation of oxytocin production and facilitating uterine contraction during the postpartum period [3]. By considering those benefits, World Health Organization strongly recommended initiation of breastfeeding within one hour after birth for infants to reach 90%. On the contrary, delayed initiation of breastfeeding has been found to increase early neonatal morbidity, mortality, and impaired mother-infant bonding [4]. Indeed, mothers who delivered preterm neonates made the problems worse.

Despite the current World Health Organization plan and strong recommendations, late initiation and holding breastfeeding at the beginning are commonly practiced in the present study setting, Ethiopia. Generally, to the best of our knowledge, there are limited published studies have been available on breastfeeding; specifically, on the timely initiation of breastfeeding among women who delivered preterm neonates at Southwest region hospitals, Ethiopia. Therefore, this study aimed to identify the proportion and factors affecting the timely initiation of breastfeeding among preterm delivered mothers in Southwest region hospitals, Ethiopia.

Mothers who delivered live preterm neonates at Southwest region hospitals were included in this study. Mothers with contraindications to breastfeeding, newborns congenital anomalies (Cleft lip and cleft palate), and those with newborns presenting emergencies that needed urgent management at birth, such as major digestive malformation, and neurologic problems with feeding disorders were excluded.

A single population proportion formula was used to calculate the sample size by considering the following statistical assumptions with proportion (P)=prevalence of timely initiation breastfeeding which took from a previous Ethiopian DHS report[10] which accounts for 75%, 95% confidence interval at Z α/2 (=1.96) and Margin of error (d)=(4%).

After adding a 10% non-response rate, the total sample size was 495.

Early breastfeeding: Initiation of mother's breast milk to infants within one hour of birth.

Late breastfeeding: Provision of mother's breast milk to infants one hour after birth.

Preterm: Infants delivered before 37 weeks, but after 28 weeks of gestational age.

First the questionnaires was prepared in English language then translated into local language spoken in the study area (Amharic language) and back translated into English. A pretest of the study was conducted in another setting with a small sample (5%) before the actual data collection period to ascertain questionnaires consistency. Six BSc nurses and three MSc personnel were recruited as the data collectors and supervisors respectively. Data collectors were trained in the data collection process for one day. The principal investigator checked the data for completeness and consistency at the end of every day.

Data entry and coding were performed using Epi-data version 3.5 and data analysis was performed using SPSS version 25. Binary and multivariate analyses were used to determine the factors associated with the timely initiation of breastfeeding. Odds ratios and 95% confidence intervals were used to measure the strength of association between timely initiation of breastfeeding and independent variables. In binary logistic regression variables with a P-value less than 0.25 were considered as candidate variables for multivariate regression, while in multivariate logistic regression variables with a p-value less than 0.05 was considered as statistically significant. Descriptive analysis frequencies, percentages, means, and standard deviations were computed to explore the socio-demographic characteristics of the study participants. The results were presented using text, tables, figures, and graphs.

Ethical approval letters was obtained from the Institution Review Board (IRB) of Mizan Tepi University. Permission letters were written to the administrators of each hospital. The participants were informed of the study’s objectives and their right to terminate their participation at any time and they were informed that their information was kept confidential and that verbal informed consent was obtained from all participants.

Figure 1: The status of initiation of breastfeeding at Southwest region hospitals, Southwest Ethiopia, 2021.

This study aimed to assess the factors affecting timely initiation of breastfeeding among mothers. The present study showed that 41% (95% CI: 37.1%-45.6%) of respondents had practiced early initiation of breastfeeding. This study is consistent with studies conducted in Burkina Faso, Cameroon, and Ghana, which revealed 41%, 40%, and 39.4% respectively, commenced breastfeeding within one-hour duration. However, this finding was lower than the WHO recommendation of 90% and previous studies conducted in Ethiopia, Tanzania, and Iraq; which revealed that 75%, 83%, 70% of respondents had commenced early initiation of breastfeeding respectively. This discrepancy is due to variations in the provision of healthcare services, participants’ health literacy, study area, and period. However, the present findings are higher than those of studies conducted in Rwanda, and Saudi Arabia, which reported that only 20.5% and 11.4% of mothers of neonates initiated breastfeeding within one hour respectively. The possible reason for this discrepancy might be due to the variation of health care service provision and participants' health literacy.

According to this study Antenatal care was significantly associated with timely initiation of breastfeeding. Respondents who had ANC visits during their pregnancy were six times more likely to practice early breastfeeding initiation than those who haven't ANC follow-up during pregnancy. This finding is consistent with studies of Ethiopian DHS reports, A Meta-analysis of observational studies, Nepal, and Turkey. A possible reason might be that women with a history of ANC follow-up during their pregnancy; might have a better chance of being aware of breastfeeding counseling provided by healthcare providers.

The present study’s findings showed that the mode of delivery was also significantly associated with timely initiation of breastfeeding. Mothers who gave birth through cesarean section were almost 63% less likely to initiate breastfeeding than mothers who delivered vaginally. This finding is similar to those of the, 2016 Ethiopian demographic and health survey, Ohio-US, George Mason University, USA, Pakistan, A systematic literature review conducted in Brazil, and a meta-analysis of demographic health surveys across 31 countries. The possible reason may be due to the nature of the procedures which may take long time, mothers who had undergone caesarian section usually feeling discomfort and interfered to apply timely initiation of breastfeeding.

Strength and limitation of study

Both verbal and written informed consent were provided for study participants with information regarding the purpose, objective, procedures, potential risks and benefits of the study, and the right to withdraw from the study. They were also assured of strict confidentiality concerning any information obtained from them.

The data is available at correspondence author upon reasonable request. 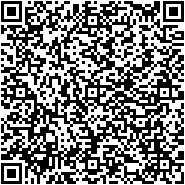