Saritha Namboodiri* and Sreehari B

Objective: To explore the effect of long range interactions caused by phosphorylation at residue Asp57 of CheY from Escherichia Coli and trace the optimal path of allosteric signal transduction. Methods: We developed an all atom topology network model of the apo state of the protein structure of CheY with nodes as residues and edges as contacts (if the two atoms of a residue are upto 10A° apart) to capture the long range interaction. Ant Colony Optimisation Algorithm was adopted to trace the optimal transmission path from the phosphorylated site Asp57 that initiated allosteric perturbation to identify the perturbed regions and residues. The tool was developed in Java. Results and conclusion: Our tool identified the conserved residues Thr87 and Asp12 and also Asp13 residue that coordinate the Mg21 ion which is essential for the phosphorylation and dephosphorylating reactions to be involved allosteric transmission. The C terminus of β4 and N terminus of α4 along with the β4/α4 loop residues were found to be more susceptible to undergoes major push and pull giving a proof of the concept of the importance of the role played by β4/α4 loop as observed in the earlier experimental studies. All the residues at the binding site for CheA, CheZ and FliM protein forming the C terminus region of CheY were found to be directly connected to the allosteric region. 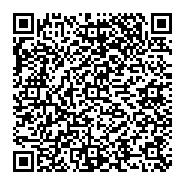