Variceal haemorrhage can be fatal as a result of portal hypertension. The conventional treatment for uncontrolled Variceal Bleeding (VB) is a Transjugular Intrahepatic Portosystemic Shunt (TIPSS). We design a Meso Femoral Shunt (MFS) as an alternative approach for controlling VB when TIPSS is not accessible.
Eleven individuals with VB owing to hepatic cirrhosis were enrolled in the study from March 2011 to November 2014. The MFS was constructed by grafting an 8-mm diameter Poly Tetra Fluoro Ethylene (PTFE) graft from the superior mesenteric vein below the transverse colon to the right femoral vein via a subcutaneous tunnel.
The average time between visits was 13 months (range: 244 months). The MFS was successful in 11 cases (100%) of the time. Six months after MFS, one patient died of surgical mortality and the other died of liver failure. Ultrasonography revealed a PTFE blockage in 4(36%) of the patients. Recurrent bleeding occurred in two patients (18%), which were managed with surgical thrombectomy. Nine patients were still alive, including two who had been bridged to LT.
When TIPSS is unavailable, the MFS is an effective and significant shunt technique for controlling VB. Surgical thrombectomy could be used to treat MFS's subcutaneous tunnel.
In cirrhotic liver illness, Variceal Bleeding (VB) produced by Portal Hyper Tension (PHT) can be fatal [1]. Controlling VB caused by PHT has been described using multidisciplinary techniques [2]. For around 85% of VB, non-operative approaches such as medicine, endoscopy, and the Sengstaken-Blakemore (SB) tube are frequently investigated first. The portal system should be decompressed via a shunt between the portal and systemic venous circulation if non-operative approaches fail.
The Transjugular Intrahepatic Portosystemic Shunt (TIPS) has become the gold standard treatment and is an excellent "bridge" to Liver Transplantation (LT). However, special kits are required or are unavailable for interventional radiologists doing high-tech procedures [3]. The surgery becomes the decisive step in this situation.
In this circumstance, surgery becomes the most important step. Historically, both shunted and non-shunted surgeries have had satisfactory VB control rates. However, all surgical techniques either an upper abdominal approach or dissection of the hepatoduodenal ligaments, which may result in significant adhesion over the hepatic hilum. The hepatic hilum or upper abdomen adhesion will have a deleterious impact on the subsequent LT [4,5].
The alternate procedure of Meso Femoral Shunt is presented in this research (MFS). MFS was inspired by partial shunts such as portacaval or mesocaval shunts [6,7] that used a small diameter Poly Tetra Fluoro Ethylene (PTFE) H-graft. The prototype of our MFS combines partial shunting with PHT decompression and avoidance of upper abdomen exploration. For individuals who did not react to medicine, endoscopy, SB tube, or were not eligible for TIPSS, this alternate shunt could effectively control the VB.

We enrolled patients with VB due to cirrhotic liver disease from March 2011 to November 2014, after receiving institutional review board approval. Patients with hepatocellular cancer, recent abdominal surgery, portal vein thrombosis, or hepatic decompensating with impending death were excluded. Eleven patients' clinical data and results were examined. All had suffered from varies or portal gastropathy, and had failed medicinal, endoscopic, or SB tube therapy, or were unable to undergo radiologic intervention.
The procedure was performed under general anesthesia with endotracheal intubation. The patient was positioned on his back in a supine position. A 10 cm to 15 cm peri-umbilical midline incision was utilized. A transverse incision is created at the base of the transverse mesocolon with the transverse mesocolon retracted upward. Between its initial tributary and cephalic to virtually the pancreas, the Superior Mesenteric Vein (SMV) was revealed. A 50.8 cm inguinal incision was created just above the inguinal crease for the other inguinal incision. To improve exposure, self-retracting retractors were placed at both ends of the wound. The Femoral Vein (FV) had been sufficiently dissected for connection. The Kelly-Wick tunneler (Bard Peripheral Vascular, Inc, USA) then built a subcutaneous tunnel to connect the peri-umbilical incision to the right inguinal incision.
This tunnel received an 8 mm-diameter externally ring-reinforced Poly Tetra Fluoro Ethylene (PTFE) vascular graft. A Satinsky clamp was partially put across the planned area on the SMV's superomedial surface, and a suitable venotomy was created. The PTFE graft anastomosis was created using non-absorbable suture material and a continuous stitch. The graft was clamped in the opposite direction. The SMV clamp was removed, and the region was examined for proper hemostasis. To match the size of FV's venotomy, the graft was cut in an oblique approach. A continuous stitch of non-absorbable suture material was used to make the anastomosis once more.
Wafarin anticoagulation was adjusted in accordance with the International Normalised Ratio (INR) 1.5 to 2.0. Patients who underwent the treatment in the previous four years were routinely followed at a median of 13 months (range, 2.44 months) after surgery, according to a retrospective assessment. Color-flow doppler ultrasonography was used to check for occlusion and assess the patency of the PTFE graft. If recurrent VB developed, surgical thrombectomy was performed through the groyne incision using the PTFE graft in the subcutaneous tunnel. If that didn't work, we went back to the peri-umbilical incision and dissected out the proximal end of the PTFE graft below the transverse colon. Surgical thrombectomy was conducted through the same peri-umbilical incision as before. The Clavien-Dindo classification [8] was used to track complications.

The focus of therapy in patients with impaired liver function should be on LT. For PHT and end-stage liver disease, LT is the most effective treatment. The focus of therapy in patients with good hepatic function should be on VB control [9]. The MFS produced outstanding outcomes in our trial for uncontrolled VB. We approached SMV below the transverse colon and FV over the inguinal area instead of deeply contacting portal vein in the hepatoduodenal ligament and vena cava in the retro peritoneum. Both the SMV and the FV were presumably disassembled. The MFS did not require any blood transfusions. Venous pressure measured in the common iliac vein or femoral vein can be used to predict venous pressure in the right atrium or central vein. The MFS might efficiently reduce the PHT and manage the VB by channeling portal pressure to the FV.
For VB suffering from PHT, a TIPSS is the usual and life-saving surgery. TIPSS achieves hemostasis in 90% of patients with refractory bleeding who are at too great a risk for emergency surgery, with a 63% 30 days survival rate [10]. Nonetheless, only an experienced interventional radiologist or a specially educated physician could have obtained this information. In a well-equipped medical center, special kits are also required. Furthermore, reports of 20% liver failure due to decreased hepatic perfusion, 20%-30% worsening encephalopathy, and a shorter time of 50% shunt thrombosis or stenosis after TIPSS leading in 26% recurrent hemorrhage are alarming. If the TIPSS treatments or other radiologic measures have failed or are unavailable, surgical methods are required.
Finally, our early MFS report demonstrated a satisfactory rate of patency, surgical complications, and mortality. Even if the shunt is closed, the MFS subcutaneous tunnel can be treated with surgical thrombectomy. It also serves as a nice transition to LT without adding to the surgical difficulty. In the absence of TIPSS or other radiologic therapies, the MFS is an effective and substantial shunt operation to control VB. 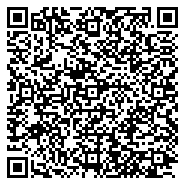