The natural bioactive xanthone glycoside compound originated from Mangifera indica was Mangiferin. The metabolic fate of the mangiferin through oral and intraperitoneal route is of great significance for its pharmacological mechanisms and discovering drugs from metabolites. In the present study, a systematic and comparative investigation of the metabolism and pharmacokinetics of mangiferin was studied in Wistar rats through intraperitoneal and oral route of administration by sensitive and specific LC-ESI-MS. The structures of the metabolites were unambiguously identified or tentatively proposed by comparing their fragmentation patterns with that of standards, basis of their precursor ions, product ions, and HPLC retention time. The relative bioavailability of the mangiferin after oral administration at a dose of 30 mg/kg of mangiferin is 1.15%. When mangiferin was administered intraperitoneal route, it shows greater extent of absorption and it undergoes methylation, glycosylation and glucuronidation. The aglycone of the mangiferin, Norathyriol is a major metabolite formed oral and i.p route and it also undergoes methylation and glucuronidation. Therefore to increase the bioavailability of the mangiferin from the different extracts and to enhance its pharmacological activity, effective routes of administration in the effective dosage forms should be adopted. 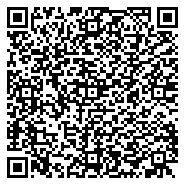