Aim: The aim of the present study was to determine the association between postoperative hemorrhage and using paracetamol, metamizole sodium and ketoprofen as analgesics after pediatric tonsillectomy.

Patients and Methods: 330 children with recurrent tonsillitis and/or obstructive symptoms were included in the present study. Children were divided into three groups based on the medicines used for postoperative pain. Each group was administered paracetamol, metamizole sodium or ketoprofen after the surgery. Study population was compared for postoperative hemorrhage. Chi-square test was used for statistical analysis.

Conclusion: In our study, no significant increase was shown in hemorrhage risk after using ketoprofen, metamizole sodium and paracetamol, which suggests that these drugs can be used safely for post-tonsillectomy pain. 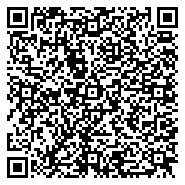