This article is a case study describing the challenges and successes of the creation of a new educational pathway for nurses to concurrently earn the ADN and BSN. To create such an innovative program, challenges were encountered in dealing with curriculum, transcripts, advising, the admissions process, financial aid and logistics. These were all successfully surmounted and the program continues to grow with a lower attrition rate, higher on-time graduation rates and similar NCLEX pass rates when compared to the ADN stand-alone program.

There is an exciting new pathway for nurses to earn the BSN. The Northern Arizona University School of Nursing (NAU SON) Concurrent Enrollment RN to BSN Program (CEP) is a partnership with the eight Maricopa county (Phoenix, AZ) community colleges, Pima Community College (Tucson, AZ), Arizona Western College, Northland Pioneer College, and Central Arizona College. This article discusses the long-standing push for more nurses to have the BSN, what courses the usual BSN and ADN comprise, how the new curricula melds these requirements, and the challenges and successes we encountered along the way. Finally outcomes and the way forward are discussed.

There has long been a tension in nursing education between advocates for the technical/associate degree and advocates for the baccalaureate degree (or higher) for entry into practice, but the dynamics on this issue changed in the early years of the 21st century. An increasing body of research demonstrated that the BSN degree is linked to better patient outcomes [1-3] and experts began again to call for the BSN as entry into practice [4,5]. The Tri-Council for Nursing [6] identified that a “tipping point” had been reached, that a more-educated nursing workforce was necessary, and that changes in education were required. Hospitals seeking Magnet status and the coinciding economic crisis combined to drive hiring preferences of new nurses with the BSN [7,8]. The Institute of Medicine [9] also recommended that 80% of nurses in practice hold the BSN by 2020. In this context, educators were examining educational practice and processes [10] and exploring new approaches [11,12] for associate degree nurses to earn the BSN.

In Arizona in 2010, 74% of new graduates entered practice with an associate degree; and approximately 23% of RN’s statewide practiced with a baccalaureate degree or higher. At that time, two public universities and four private schools in Arizona offered a BSN completion option for registered nurses, but completion rates had historically been disappointing, below 50% across the state [13]. There are also a number of nationally based RN to BSN programs available online. The Arizona Nurses’ Association, Arizona Action Coalition and the Arizona State Board of Nursing advocated increasing the educational level of Arizona’s nursing workforce to be in closer alignment with the Institute of Medicine goals. It was in response to these external drivers that our new program was developed.

Northern Arizona University is a public institution with many campuses around the state. It differs from other programs across the country, such as the Oregon Consortium for Nursing Education (OCNE), where students complete BSN content after a common associate degree curriculum and obtain licensure, or the University of Central Florida’s dual enrollment concurrent ASN-BSN, where the BSN is completed two semesters after the ASN. In our program students are enrolled in both the associate degree nursing program and the BSN completion program simultaneously, similar to the completion of a traditional/generic BSN program of study.

During the academic year 2009-10, the NAU SON undertook baccalaureate curriculum revisions to align with recent changes in the American Association of Colleges of Nursing Essentials of Baccalaureate Education in Nursing for Professional Practice [14]. At the same time, a university initiative was underway to identify programs engaged in community college partnerships that offer students an option of transferring up to 90 community college credits to the university if the remaining 30 upper division credits in the major would be earned at the university. This 90/30 option was incentive to the School of Nursing faculty to revise the BSN curriculum from its previous 32 nursing credits to meet the new Essentials in 30 credits, allowing the remaining 90 credits of arts, sciences, and nursing to comprise the degree. In 2010, while transitioning into the new 90/30 BSN completion option, the director of a Greater Phoenix area based community college approached the nursing dean about working together to promote a better transition of A.D.N. students into a BSN curriculum, following the model of a program in Florida—a partnership was born.

It was not difficult to locate a pool of well-qualified students for the program, as there was a two to three year waitlist of students accepted into Maricopa Community Colleges nursing programs. When contacted by email, many students expressed interest in beginning to take BSN courses concurrently with the community college nursing program. Information sessions were well attended and approximately 40 applications were received in February of 2011 in anticipation of summer classes. Approval from the Arizona State Board of Nursing was granted in April of that year and thirty-five pioneers were accepted into the first CEP program and began BSN courses in June 2011, followed by ADN courses in the fall of 2011.

In May 2013, twenty-eight of those pioneers proudly graduated with the AAS from the community college and the BSN from the university simultaneously being granted. Ninety-three percent were successful on their first attempt at NCLEX-RN—and 100% were successful within two attempts. First-time enrollment in the CEP program has risen steadily from the program’s inception, starting at 8% in the fall of 2011 (36 out of 471 students) and rising to forty five percent (250 out of 560 students) in the fall of 2015 (Figure 1). To date, almost 1000 students have successfully completed the concurrent BSN-ADN program, and more than 800 students are currently registered. 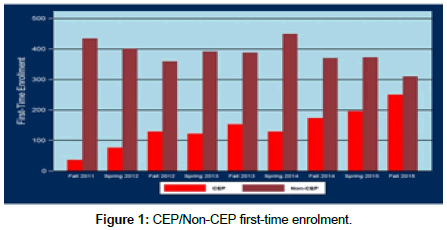 When the associate degree curriculum was compared with the BSN completion option, only a few remaining courses were identified for students to complete. Students wanting to earn the BSN must also complete courses in statistics, nutrition, developmental psychology, and pathophysiology. These additional courses could be completed at an Arizona community college at a reduced cost, and transferred readily in the Arizona articulation system. In Arizona, the completion of the Arizona General Education Curriculum (AGEC) at a community college meets university requirements for liberal studies foundations. One additional semester’s worth of coursework enabled the waitlisted community college students to be eligible for the BSN program.

Once the community college students complete the program foundation courses (pre-professional requirements) they apply for admission to their local community college nursing program. BSN courses begin the semester prior to the beginning of associate degree nursing classes and continue concurrently with the associate nursing classes for two years. By taking one or two (BSN) courses (in addition to their A.D.N. nursing) per semester, and using summer sessions, students complete the associate degree while dually-enrolled at the university. A sample progression scheme is provided:

We began this journey with eagerness, optimism and a large dose of naiveté—all of which are beneficial for such an enormous undertaking! Challenges in evaluating transcripts, advising, the admissions process, financial aid issues, logistics, and others were presented to us—and we met the challenges head-on!

The first challenge came when community college advisors and university advisors needed to develop systems for evaluating student transcripts and facilitating processes for dual-enrollment at the community college and university. Administrations of the community college system and the university were already developing partnerships for seamless transition, streamlined application processes, and cost containment. There was support and enthusiasm to work out the details of the processes needed to advise students; so by trial-and-error our creative advisement staffs were able to work toward the common goal of serving the students.

Another early, unexpected challenge was that our admission process now required additional pre-professional courses for community college students to complete for separate CEP admission. Changes were presented to the State Board of Nursing, and readily approved. But lots of education to nurse educator colleagues, student support staff, college and university administrators was necessary for them to embrace a new model of partnership, different from a traditional “2+2” or completion pathway from the associate to baccalaureate degree.

Along with early advisement challenges, came the task of reviewing students’ qualifications and admitting them to the program. We were not sure what to expect, and our initial projections of potential students was woefully limited. Since the initial “advertisement” went via email to students waiting for placement into a community college nursing program, we were hopeful that an initial cohort of 20 students might be qualified for admission, and willing to take the risks of pioneering in a new nursing education model. A small committee of community college director and faculty, and university nursing administration, reviewed the first round of paper applications together using the university admission rubric, and 36 students were admitted to the first cohort in one community college nursing program. The next round of admissions included directors from 4 community college programs assisting with the review, and more than 100 applications. In that second round, 78 students were admitted across four community college programs. Iterative approaches to streamlining the application review process have helped manage the large volume of applicants over time, but collaboration remains a work in progress as more partners join, directors change, student interest increases, and other university partners have begun to offer early admission to their RN-BSN programs with some concurrent coursework. Now, approximately 200 students are admitted twice yearly to our concurrent program and in up to eight Phoenix area community colleges; total CEP enrollment, among all partners, is more than 800.

The explosion of interest and participation in the program was a challenge for staff and faculty both at the community college and university. For example, the logistics of scheduling lab space for a BSN assessment course taught on site at the community colleges changed as each additional community college partner joined in. Classrooms for the introductory BSN course taught as a hybrid model, which required some regular in-person classroom sessions, initially stretched the capacity of existing university classrooms in the Phoenix area. Many faculty colleagues from the community college programs were eager for the opportunity to teach courses in the BSN program, and the processes of credentialing, orienting, and supporting an influx of part-time faculty was both time and resource intensive for several semesters. After less than two years, the part-time university position of “CEP Coordinator” became full-time, along with a fulltime dedicated administrative assistant. Additional full-time faculty lines, also dedicated to the CEP students, were recently added. 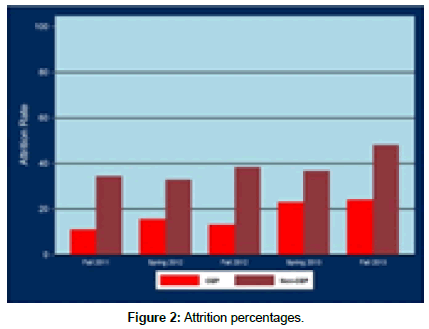 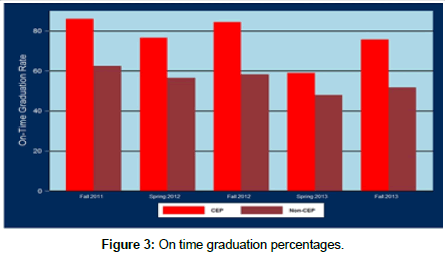 Key factors for success include a strong commitment by both the community college and university to offer this innovative program. Joint program curriculum development and a vision for offering students access to academic progression have been cornerstone in this recipe for success. Students and faculty alike have embraced the concept of the Concurrent Enrollment Program. Issues of growth and capacity have been the major concern. Resources to coordinate financial aid, sharing of faculty and room space and development of a curriculum that covers the Essentials of Baccalaureate Education for Professional Nursing Practice have been challenges that were overcome. Commitment and determination to offering students the ability to seamless and concurrent academic progression in nursing will continue to support refinement of the successful partnerships that have been developed. As the program gains acceptance we are seeing more and more rural community colleges partnering to offer the CEP program in their communities. The program has proven to be extremely popular as a cost effective and practical way for those entering nursing to remain in their home communities and complete the BSN in a timely fashion.