The incidence of intracranial germinomas is less than 1% of all intracranial neoplasms. Germinomas do not commonly occur in a suprasellar location. The presence of diabetes insipidus and visual disturbance as an early symptom has been reported in almost all patients of suprasellar germinomas and may help in distinguishing these tumours from other suprasellar lesions, Radiological studies such as MRI and biochemical markers help in the diagnosis of germinoma. Although they are extremely radiosensitive, chemotherapeutic agents aid in shrinking the tumour and reducing irradiated volume Which is particularly important in younger children to avoid post-irradiation endocrinological disturbances.

Germinoma is the most common type of intracranial Germ Cell Tumor (GCTs). The pineal gland and suprasellar region are the most frequent sites of Central Nervous System (CNS) involvement. Suprasellar germinomas are a unique type of uncommon brain tumour in children [1]. Most of these tumours develop along the midline, most often from the pineal gland, followed by tumours arising in the suprasellar cisterns. Suprasellar germinomas commonly manifest with diabetes insipidus, visual impairment, and hypothalamicpituitary failure. Suprasellar germinomas are highly curable lesions when diagnosed early [2]. The treatment remains controversial and should be individualized, but the association of chemotherapy and radiotherapy allows reduce adverse effects and shows great results.

A 17 years old female, came with a history of blurring of vision, double vision in the left visual field and headache since 2 years which gradually progressed over months. One month just before the presentation, symptoms worsened hence she was evaluated and was found to have a brain lesion and underwent Right fronto temporal craniotomy and biopsy of a suprasellar lesion. She has not yet attained menarche at the time of evaluation. No similar complaints in the past and no other known medical co-morbidities. After giving proper counselling about disease & treatment, the Patient underwent a Right Ventriculo-Peritoneal shunt followed by a right fronto-temporal craniotomy and biopsy of the suprasellar region.

She was then planned for Adjuvant chemotherapy as per Children's Oncology Group ACNS 1123 protocol and received INJ CARBOPLATIN 600mg/m² and INJ ETOPOSIDE 150mg/m² on D1- D3 for a total of 4 cycles every 3 weeks. She was re-evaluated with MRI which was suggestive of partial response to chemotherapy, Hence she was planned for CSI with a dose of 24Gy in 15# over 3 weeks and boost to residual disease to dose of 16 Gy in 10# over 2 weeks (Figure 3-5). Germinomas are most commonly seen in adolescents and young adults: 90% of patients are younger than 20 years. There is no gender preference for the suprasellar location, unlike the pineal location with male predominance. Clinical symptoms include diabetes insipidus, precocious puberty, or growth failure related to hypothalamic involvement and visual loss provoked by chiasmatic compression [3]. Large lesions can cause hydrocephalus by obstruction of the interventricular foramens. Multifocal germinomas usually involve the pineal gland and the suprasellar cistern, simultaneously or not. Leptomeningeal spread with drop metastases along the spinal cord are reported. Before treatment, a complete survey of the brain and spinal canal is required because germinomas can metastasize by subarachnoid seeding [4]. A repeat MRI examination is required in 3 months to 6 months. Early diagnosis may reduce the risk of dissemination and the morbidity of treatment. In our case patient received chemotherapy followed by Radiation therapy which has shown good response.

Suprasellar Germinoma is a rare occurrence and has a good survival rate due to advances in chemotherapy and radiation therapy techniques. Proper counselling about disease and treatment should be made to the patient. Even with rarity of the disease, we have treated the patient radically with curative intent and have found excellent results. 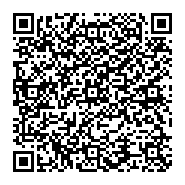