Atypical response patterns to ICIs include Hyperprogressive Disease (HPD) and pseudoprogression disease. In real-world patients, the difference between those two patterns is not always easy to define.

Case Report: A 68-year-old man diagnosed with metastatic lung adenocarcinoma with a Tumor Proportional Score (TPS) of 85% started in November 2018 with the first-line treatment with monotherapy pembrolizumab q3w. After two cycles of therapy, the patient developed clinical worsening with progressive dyspnoea and fatigue. At the Computed Tomography (CT) scan a diffuse bilateral lung HPD was diagnosed. Therefore, the patient underwent a second-line therapy with carboplatin and pemetrexed, early discontinued due to severe toxicity and subsequent third-line therapy with oral metronomic vinorelbine. The patient had a clinical benefit and radiological partial response followed by long-term stability of the disease, still ongoing at the present day.

Lung cancer is the leading cause of cancer death worldwide [1]. Immune Checkpoint Inhibitors (ICIs) play a key role in the treatment of advanced Non-Small-Cell Lung Cancer (NSCLC) by targeting the Programmed Cell Death-1 (PD-1) or Programmed Cell Death-Ligand 1 (PD-L1) [2,3]. ICIs monotherapy administered in first-line therapy is nowadays the standard treatment for patients with NSCLC and a PD-L1 expression upper than 50% [2,4]. In an open-label, phase III study by M. Reck et al. pembrolizumab administered in this setting showed a median Progression Free Survival (mPFS) of 10.3 months vs 6.0 months in patients treated with standard chemotherapy and an objective response rate of 44.8% vs 27.8% [4]. A five-year updated outcome analysis showed a median Overall Survival (mOS) of 26.3 months for pembrolizumab vs 13.4 months for chemotherapy [5].

Because of its different drug mechanisms consisting in stimulating the immune system to target malignant cells, ICIs could potentially result in inflammatory e ffects wi th th e de velopment of at ypical response patterns [6]. While the response to systemic therapy is conventionally evaluated with the Response Evaluation Criteria in Solid Tumours (RECIST) version 1.1, for ICIs new evaluating criteria have been developed. According to Immune-related RECIST (iRECIST), two new patterns of response to immunotherapy have been defined: Hyper Progressive Disease (HPD) and pseudoprogression disease [6-8]. In real-world patients, the difference between those two patterns is not always easy to define. Therefore, we report the case of a patient who presented a supposed HPD to ICI, followed by a longterm response and stability to third-line oral metronomic vinorelbine with clinical benefit; the HPD to ICI was a posteriori revaluated as a probable treatment-related pseudoprogression, resulting in long-term stability to third-line therapy.

A 68-year-old man was referred in 2018 to our Hospital Unit because of the occurrence of suspected neoplasia in the right lung, detected during a routine follow-up for COPD. No other comorbidities were reported in his history. A pulmonary biopsy reported a lung adenocarcinoma confirmed by the subsequent lobectomy the patient underwent in March 2018, with the final report of adenocarcinoma pT3N0M0 G3; Tumour Proportional Score(TPS) was 85% and no alternations of EGFR, ALK and ROS1 were found. Adjuvant therapy was not performed due to complications that occurred after surgery leading to prolonged hospitalization and a consequent period of pulmonary rehabilitation resulting in complete remission of the symptoms.

In November 2018, during follow-up, a Computed Tomography (CT) scan showed a diffuse lung progression of the disease and a single bone metastasis on the right scapula. Therefore, according to the high TPS expression, the patient started pembrolizumab 200 mg q3w as a first-line treatment. After two cycles of therapy, the patient developed progressive dyspnoea and fatigue, with a clinical worsening and an Eastern Cooperative Oncology Group (ECOG) Performance Status (PS) of 2. Initially, he was treated with antibiotics and low-dose steroids for a suspected upper respiratory infection and then radiologically investigated. At the CT scan, a diffuse bilateral lung HPD was detected. Low-dose steroids were administered only for a few days, without resulting in clinical benefit.

Soon after the first-line therapy progression, in February 2019, the patient switched to second-line therapy with carboplatin AUC5 plus pemetrexed 500 mg/m2 q3w, but after 3 cycles he discontinued the treatment because of life-threatening sepsis (grade 4 according to Common Terminology Criteria for Adverse Events - CTCAE - v 5.0). In particular, the patient experienced a high fever and an increase in inflammatory markers, so he was hospitalized and treated with antibiotics with benefit. A CT scan of the chest and abdomen, performed for excluding pneumonitis or other infectious focuses, showed stability of the disease.

Considering the severe toxicity of platinum-based chemotherapy, the good PS of the patient and the early clinical benefit after the initiation of the chemotherapy, in May 2019 we decided to start a third-line therapy with metronomic oral vinorelbine 50 mg three times weekly (Monday-Wednesday-Friday) continuously.

At the following CT scans, we observed a partial response (Figure 1) followed by long-term stability of the disease with a progressive improvement in the clinical general conditions of the patient. At the present day, the treatment is still ongoing and the patient shows an ECOG PS of 0 and an OS of 42 months (Figure 2). Figure 1:A1, B1 and C1: basal Computed Tomography (CT) scan before pembrolizumab start; A2, B2 and C2: pseudoprogression/hyperprogression after two cycles of pembrolizumab; A3, B3 and C3: best response to oral metronomic vinorelbine. Immunotherapy in NSCLC can achieve unconventional patterns of response, such as HPD and pseudoprogression. The concept of HPD was first reported in retrospective studies and it has been defined as a paradoxical acceleration of Tumour Growth Kinetics (TGK) after the initiation of treatment with anti-PD-1/PD-L1 agents [6,7,9-14]. In a retrospective study among patients with NSCLC receiving ICIs by Ferrara R et al., the incidence of HPD was 13.8% [14]. Similar data were reported by other retrospective studies [15,16].

Some new criteria have been developed for the diagnosis of HPD [17]. Tumour Growth Ratio (TGR) is a ratio of the change in tumour size over a given time interval [18]. HPD can be defined as progression according to RECIST 1.1 criteria at first on-treatment evaluation and a ≥ 2-fold increase in TGR after initiation of ICIs [19]. Another parameter for the diagnosis is the TGK, whose evaluation is similar to that of TGR: HPD is defined by a ≥ 2-fold increase in the TGK of the target lesion at the time of the first evaluation compared with before ICI treatment [20]. The limit of TGK evaluation consists in not considering new lesions and the changing of non-target lesions. Also, clinical parameters could be taken into account for the diagnosis of HPD such as a Time to Treatment Failure (TTF) of less than 2 months and clinical deterioration with worsening symptoms [11,21].

For these reasons, Lo Russo et al., developed more comprehensive diagnostic criteria for HPD, defined by the presence of three out of five criteria, including TTF <2 months, increase ≥ 50% in the sum of the diameter of target lesions, the appearance of at least two new lesions in an affected organ, dissemination to a new organ or clinical deterioration to ECOG PS ≥ 2 [22].

On the other hand, pseudoprogression is a rare phenomenon occurring in 2% to 5% of patients with NSCLC receiving ICIs [23- 26] and is commonly defined as an enlargement in tumour size or appearance of new lesions, followed by radiological tumour response or stable disease. Patients undergoing pseudoprogression usually do not have clinical deterioration or worsening of the symptoms [27]. The initial increase in tumour size might be due to transient immune cell infiltration, necrosis or oedema, but can also be explained by a continuing tumour growth preceding an immune response. Similarly, the appearance of new lesions might be associated with lymphocyte infiltration of lesions not previously radiologically detected by radiological tests [27-29]. Rebiopsy could help to distinguish pseudoprogression from a real Progressive Disease (PD) [27], but it is not always easy to obtain for clinical reasons or due to difficult bioptical procedures.

At first-line ICI early progression presented in this case report, HPD or pseudoprogression was taken into account for the differential diagnosis. First, we excluded pseudoprogression due to clinical deterioration and worsening of respiratory symptoms that usually do not appear in the pseudoprogression pattern. For this reason, we explored the hypothesis of HPD with the help of Lo Russo et al. Criteria for the diagnosis [22]. Our patient had a TTF <2 months, an increase of ≥ 50% in the sum of the diameter of target lesions, the appearance of at least two new lesions in the lung and a clinical deterioration with ECOG PS of 2. According to this, four out of five criteria defined by Lo Russo et al. were met and a diagnosis of HPD was made (Table 1) [22].

Afterwards, the patient underwent a second-line treatment with platinum-based chemotherapy with an initial good clinical benefit, but early discontinuation due to toxicity. During the subsequent therapy with metronomic oral vinorelbine, the patient had longterm stability of the disease still ongoing, with an OS of 42 months.

Even though Lo Russo et al. criteria have a strong clinical and radiological rationale for the diagnosis of HPD and even if our patient met four out of five criteria, the long-term survival and stability of the disease were unexpected [22]. In fact, patients with HPD have usually a poorer survival [10, 15, 19, 30]. Kas et al. reported a median OS range of 3.4 months to 6.0 months among patients with HPD [16].

For this reason, we explored other hypothesis for defining the progression pattern of our patient. In literature, some rare cases of patients with NSCLC who experienced symptomatic pseudoprogression to ICI are reported [8]. These case reports showed a delayed response to ICI after an initial clinical deterioration. Especially some of these patients had worsening disease-related symptoms with deterioration to ECOG PS 4 and need major intervention.

Treatment with ICI was continued and every patient previously reported had an important clinical improvement by treatment continuation.

According to this, our patient probably had a symptomatic pseudoprogression, but it is not clear if the long response to thirdline therapy was only a delayed response to ICI or if, as we think, ICI also played a synergic role with chemotherapy.

This assumption could explain the long-term response of our patient to third-line metronomic oral vinorelbine. A posteriori, our patient probably did not have an HPD, but a symptomatic pseudoprogression and the immune-modulatory activity of pembrolizumab continued synergically working with chemotherapy.

The patient of this case report provided consent for the anonymous publication of the report. 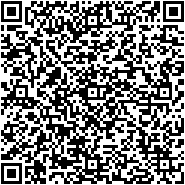