Our innovation is a specially constructed insulating muff, accessible through digit flexion, designed to produce distal skin temperature changes for the treatment of sleep disturbance caused by thermal dysregulation, a problem most often seen in women. We have designed a simple and comfortable muff that promotes either heat retention or heat dissipation depending upon digit flexion or digit extension, respectively. We have conducted small-scale piloting of our insulating muff and obtained encouraging preliminary data of its effect on distal skin warming. This innovation will allow sleepers to auto-regulate distal skin temperature through subtle movements
during sleep, preserving overall sleep architecture and improving sleep quality.

Thermoregulation plays a key role in promoting and maintaining sleep. Temperature dysregulation and sleep disturbance (difficulty initiating or maintaining sleep) commonly occur in two distinct populations of otherwise healthy women: (1) peri-or post-menopausal women with vasomotor symptoms (such as hot flashes and night sweats) and (2) those with primary vascular dysregulation (PVD), a condition characterized by abnormal vasoconstriction. Both are characterized by acute reactions to ambient temperature stressors. PVD (also known as vasospastic syndrome and now known as Flammer syndrome) is characterized by a propensity to react to cooler ambient temperatures with dysregulation in vascular tone. While vascular dysregulation can occur elsewhere in the body, it most often takes the form of peripheral vasoconstriction, leading to the chronic coldness of the extremities that is the hallmark of the disorder [1-3]. PVD most typically occurs in young to middle-aged women with a low body mass index (BMI) [4]. A random population survey of 2800 inhabitants of Basel, Switzerland, found that 31% of women but only 7% of men complained of cold hands and feet [5]. Those with PVD are characterized by cold hands and cold feet as well as by a significantly delayed sleep onset latency (SOL) and greater difficulty falling back to sleep after nocturnal arousal [6-8]. Thus, some presentations of insomnia may be secondary to distal vasodilation failure.

Research into thermoregulation and sleep has revealed that warm hands and feet are associated with increased sleepiness and rapid sleep onset and that warming of hands and feet through the wearing of certain articles, e.g., mittens, gloves (https://clinicaltrials.gov/ct2/show/NCT02341287), socks, or full-body water-perfused thermosuits can reduce SOL and hasten sleep onset [9-17]. However, few people can remain comfortable while wearing insulating mittens, gloves, or socks throughout the entire night. The same distal skin warming that triggers sleepiness at the beginning of the night may interfere with sleep later on [18-21]. Insulating articles may result in uncomfortable temperature swings that disrupt sleep: wearing mittens, gloves, and socks may cause distal skin temperature to spike, causing the person to wake to remove the articles to obtain temporary relief, only to start feeling cold again, necessitating retrieval and re-donning of the articles, in a vicious sleep-disruptive cycle.

The insulating muffs are covered with a soft material such as shearling and fitted with a comfortable elastic band that allows them to be secured to the palmar aspect of the hand (Figure 1) or the plantar aspect of the foot (Figure 2) behind the phalanges. This arrangement allows the digits to access the insulating material at will with a comfortable flexion of the fingers or toes (Figures 3 and 4). Far from being simply a wad of insulating fabric, the muff is designed to allow the digits to curl around and conform to its contours (similar to an ergonomic computer mouse). Furthermore, the insulating efficiency of the device is continuously adjustable through the degree of digit flexion and hence the amount of contact with the muff, in contrast to gloves and socks, which function in a binary (on/off) manner. A smaller, more targeted degree of insulation present relative to the complete coverage provided by gloves and socks has the benefit of leaving most of the extremities uncovered, preventing overheating. 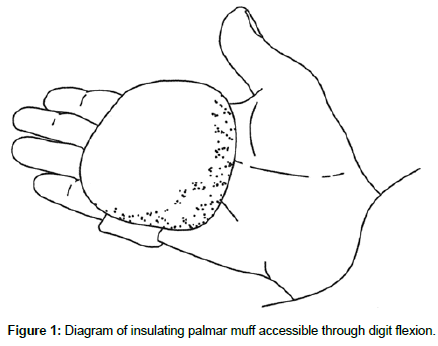 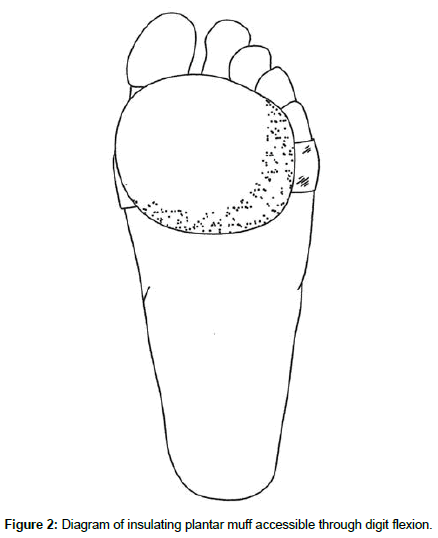 In our pilot tests, a volunteer (a healthy adult female) wore the insulating palmar muff on her left hand (her right hand with no muff served as a control) while awake and lying supine in a standard bed underneath a sheet and thin blanket at standard room temperature (68-70°F). The subject was instructed to flex the fingers of her left hand to grasp the muff for the first 15 minutes while making a similar motion with her right hand (flexing her fingers against her palm) and then naturally extend her fingers (on both hands) for the next 15 minutes. This was done twice, with trials separated by approximately two hours. The subject refrained from eating, drinking, and strenuous activity for at least one hour prior to the beginning of the study as ingestion of food or fluids can influence heat production and affect core and skin temperature, as can physical exertion [12,27]. 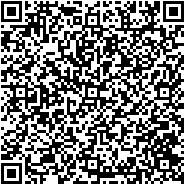