Association of Down Sickle Cell Disease and Leukaemia: A Case Report

Trisomy 21 or Down Syndrome (DS) is the most common chromosomal disorder in the world. Its prevalence is 1/800 live births worldwide [1]. It results from a presence of three copies of chromosome 21 in the cells. Certain factors, such as maternal age over 35 years and exposure to radiation, may favor its occurrence. Sickle Cell Disease (SCD) is due to a gene mutation with autosomal recessive transmission, resulting in an amino acid substitution (glutamic acid is substituted by lysine) at position 6 on the β globin chain of hemoglobin [2]. It is widespread in sub-Saharan Africa, the Mediterranean and Southeast Asia. Its prevalence is estimated to be around 300,000 births per year worldwide, with 2/3 occurring in Africa [3]. This two genetic diseases increase morbidity and mortality in affected children in Africa, although current medical advances have increased their life expectancy in advanced countries [4]. In addition, the incidence of blood cancers is reported to be high in patients with either of these disease [5,6]. To our knowledge, there is no direct link between these two illnesses. We report here the case of a sickle cell disease in infant with down syndrome.

A 21-month-old male infant was admitted to the pediatric emergency unit of the National Teaching Hospital HKM of Cotonou, for a poorly tolerated anemia. No other symptoms were associated. Examination at admission, showed a child severely pale without jaundice, intercostal and subcostal retractions, nose wing flapping, without lungs roles. Breathing rate was 40/min, SaO2=97% on room air, heart rate 157/min with a soft 2/6 systolic murmur audible at all foci. Temperature was 36°C, weight=7.250 kg, height=75.5 cm, Head Circumference (HC)=43.5 cm. All anthropometric growth parameters, i.e. weight/age, height/age, weight/height, HC/age, were below-3 Z score, indicating an overall growth delay. The anterior fontanel was open. The infant was aware, with normal axial tonus and good sitting posture. The liver and spleen were not palpable and there was no adenopathy. Morphological examination revealed up slanting palpebral fissure, hypertelorism, a single transverse crease, ligamentous hyperlaxity, big toungue and an open mouth.
The history study revealed that DS were suspected at birth and confirmed at the age of 9 months with a karyotype of type 47, XY, +21, inversion 9. The echocardiography performed to search cardiac malformation was normal. He had two previous episodes of acute anemia that were poorly tolerated and led to the discovery of SS SCD at the age of 15 months and to a transfusion of red blood cells at 12 and 15 months of age. No vaso-occlusive crisis was reported by the parents. There was no regular follow-up for these two pathologies. Apart from sitting, he had psychomotor delay. The infant had swallowing problems which caused feeding difficulties, with a diet based on breast milk and enriched cereal porridge. He was the youngest of four siblings, all of whom were healthy. The father was 37 years old, with no known pathology and carrying AS trait. The mother was 32 years old and a carrier of the AS trait, also in apparent good health. The karyotype of the parents was not known, and there is no consanguinity. The pregnancy was reportedly uneventful, the mother's toxoplasma, rubella and HIV serologies were negative. She has no addiction and no exposure to toxic substances was found.
The infant's hemogram on admission showed a hemoglobin level of 2.8 g/dl, normochromic (MCHT=30.8 pg), moderate macrocytic (MCV=91.6 fl), and severe thrombocytopenia of 9 G/l, meaning bicytopenia. The white blood cell count and there are a peripheral blastosis at 36%. The infant was transfused with packed red blood cells and standard platelet concentrates. The medullogram performed on the 3rd day of hospitalization revealed a type IV marrow, a megakaryocytic, and monomorphic in appearance. There is a 99% blast cell infiltrate, lymphoblastic in appearance, medium in size, with basophilic cytoplasm. The nucleus is regularly outlined, with fine, nucleolated chromatin. Cytology suggestive of Acute Lymphoblastic Leukaemia (ALL). Immunophenotyping could not be performed before the infant died, three weeks after the diagnosis at home, in a context of acute anaemia and refusal of care by the parents.

This observation illustrates the need for systematic newborn screening for sickle cell disease in all children in the sub-Saharan region of Africa, area with a high prevalence of sickle cell disease. This systematic screening could allow regular follow-up to improve survival [7]. We think that the typical morphology of T21 has delayed the search of sickle cell disease, even though he was born of parents of risk. This was especially true as his didn't present jaundice or vaso-occclusive crisis, complications that are common in sickle cell disease. Systematic screening is important because the expression of SS or SC sickle cell disease is generally delayed. Whereas trisomy 21 is present from birth. Indeed, apart from cases of T21 with mosaicism where dysmorphic features are very minimal or even absent, the other two cytogenetic types give a dysmorphics signs [8]. That is the case here. No risk factors for T21 were found in the parents, but their karyotype was not available. Although cardiac defects are common in DS, this infant had a normal cardiac Doppler. We think that perceived murmur was due to the severe anemia. The latter could equally well be due to SCD, DS and leukaemia. The observed growth delay can be explained by the two diseases he suffered from. But probably also by the dietary difficulties, the poorly diversified diet. The still open anterior fontanel is suggestive of nutritional deficiencies, especially in vitamin D. The absence of regular follow-up could explain the late discovery SCD and leukaemia in this infant. According to several authors, newborns with T21 have abnormal blood counts including transient abnormal myeloproliferation that may completely regress or progress to myeloid leukaemia [9-12]. However, ALL, the most common leukaemia in children, is also possible in DS, as in this infant [13]. The mechanisms behind the high risk of leukaemia in T21 remain poorly understood but CRLF 2 and JAK 2 mutations are currently implicated. The mechanisms involved in sickle cell disease are also poorly understood. Hypotheses include: Accumulation of genetic mutations during increased hematopoiesis due to hyper hemolysis, deficiency of folic acid, a necessary substrate for the maintenance of genomic integrity, and the use of hydroxyurea [14,15]. Given the infant's age and T21, we think that his leukaemia is more related to T21. Immuno phenotypage study could not be performed, but he had other poor pronostic factors for his leukaemia which are age of discovery <2 years, male sex, and T21.

This is an uncommon case of morbid association of sickle cell disease, Down syndrome and acute lymphoblastic leukaemia with an unfavorable prognosis. It is necessary to implement a follow-up programme for these particular disease, and also psychological support for the parents. 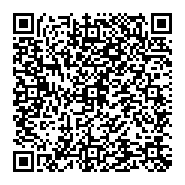