Chemotherapy has changed the course of cancer from a fatal and catastrophic condition in nearly all cases to a manageable and occasionally curable sickness with the appropriate approach. The reader will learn the fundamentals of the numerous chemotherapy medications that are accessible from this activity, which also emphasizes the importance of inter professional team in the application of these drugs. Despite the fact that chemotherapy has considerably increased overall survival, patients still report a variety of physical and emotional side effects that have an influence on their quality of life. Rarely do symptoms appear on their own Chemotherapy-related hair loss is still a major concern for many cancer patients and has a severe effect on their wellbeing.

The invention of X-rays by Wilhelm Konrad Roentgen, the use of transplantable animal tumour models in cancer research, and Halsted's first surgical operation were the three developments that started the development of cancer treatment in the 20th century (radical mastectomy). German chemist Paul Ehrlich, who researched the use of medications to treat infectious disorders, is credited with coining the term "chemotherapy." He was also the first scientist to use animal studies to test a variety of substances for potential antidisease activity. According to historical records, arsenical use first appeared in the 1900s. In the 1960s, radiotherapy and surgery were the cornerstones of cancer treatment [1]. Combination chemotherapy began to acquire importance when evidence of micrometastases and cancer recurrence following surgery and radiation therapy emerged. A significant early impact was made on the development of cancer chemotherapy, especially oral derivatives like chlorambucil and finally cyclophosphamide, following the publication of the Lindskog article indicating the effectiveness of nitrogen mustard in the treatment of lymphoma. The quest for further anticancer antibiotics, such as anthracyclines, mitomycin, and bleomycin, was launched by the discovery of actinomycin D. In 1947, Farber et al. demonstrated that antimetabolites with antifolate activity, identified as aminopterin, subsequently become known as methotrexate, and were effective in the treatment of juvenile leukaemia [2].

Methotrexate's efficacy in treating choriocarcinoma and leukaemia spurred additional research into cancer treatment. Additionally, new cancer therapies like thiopurines and 5-fluorouracil entered the scene. For his studies on hormone therapy and prostate cancer, Charles Huggins was awarded the Nobel Prize in 1966. With the emergence of medications like tamoxifen and anastrozole, etc., this work served as a stepping stone to a new era of hormone therapy. Now that the biology of cancer is more understood, there are a number of therapeutic monoclonal antibodies accessible. Rituximab and trastuzumab were given the go-ahead to treat breast cancer and lymphoma, respectively, in the late 1990s. A novel method of treating cancer is known as molecular targeted therapy. In the previous ten years, the U.S. Food and Drug Administration (FDA) has authorized a number of substances. On these routes, researchers are developing molecular targeted therapy, which specifically inhibits growth by, for example, targeting cell signalling or angiogenesis or by preventing protein breakdown. The topic of targeted therapy is covered separately [3]. Immune checkpoint inhibitors, such as PD1, PDL1, and CTLA 4, are frequently employed to activate the immune system against cancer cells. The topic of immunotherapy is covered separately.

Usually, taste alterations, mouth sores, nausea, vomiting, increased satiety, pharmaceutical side effects, pain, weariness, depressed mood, and worry cause cancer and chemotherapy-induced reduced appetite. In cancer cachexia, the related drop in nutrient intake is frequently linked to gradual weight loss. Immuno-compromised patients may be more susceptible to infection from mouth sores, their accompanying discomfort, and inadequate nutrition. On the other hand, some of the patients can be experiencing fluid retention oedema brought on by chemotherapy, which could result in considerable weight gain while undergoing chemotherapy. The most distressing and uncontrollable side effect that usually occurred during treatment was fatigue. Additionally, several distressing symptoms have a hidden root that as weariness. It's likely that the exhaustion brought on by chemotherapy was noticeably more severe, incapacitating, upsetting, or sad. During chemotherapy, a patient's quality of life is negatively impacted by fatigue, disturbed sleep, pain, and depression [4]. These symptoms are all positively associated with one another and co-occur. Chemotherapy patients frequently have several concurrent physical symptoms and psychological anguish that are particularly incapacitating in nature, significantly obstructing everyday living and impairing their capacity to get prescribed therapies. "Symptom burden," a notion that incorporates the occurrence of symptoms, the level of discomfort they cause, and how manageable they are, refers to the combined effect of these many symptoms on the patient.

Chemotherapy works to stop tumour growth and cell division, which prevents invasion and metastasis. However, because chemotherapy also has an impact on normal cells, this leads to hazardous side effects. Tumour growth can be slowed down at various levels both inside the cell and in its surroundings. By interfering with the production of DNA, RNA, or proteins or by impairing the proper operation of the preformed molecule, traditional chemotherapy drugs largely disrupt the macromolecular synthesis and function of malignant cells. The chemotherapeutic agent's direct effect or the induction of apoptosis causes cell death when interference in macromolecular synthesis or function is sufficient. As a fraction of the cells dies as a result of a given treatment, cell death may be delayed with conventional medicines. Therefore, the medication may need to be taken again to produce a reaction. As the cell cycle's S phase is when DNA is synthesized, this is the time when cytotoxic medicines are most harmful. Vinca alkaloids and Texans function in the M phase and prevent the development of mitotic spindles. Combination chemotherapy is frequently used to get sufficient results [5]. They seem to do this by encouraging cytotoxicity in resting and dividing cells, which appears to stop the emergence of resistant clones. The complex cellular processes that either stimulate or inhibit cell division and proliferation involve several genes, receptors, and signal transduction.

The mechanisms of death, angiogenesis, metastasis, cell signal transduction, differentiation, and growth factor modulation have all been greatly elucidated by research into cancer cell biology. On these routes, researchers are developing molecular targeted therapy, which specifically inhibits growth by, for example, targeting cell signalling or angiogenesis or by preventing protein breakdown. Neoadjuvant, adjuvant, combination and metastatic chemotherapy settings are all possible. Neoadjuvant therapy is a form of treatment that comes first. Adjuvant therapy is a form of treatment used in conjunction with primary therapy to slow or stop the growth of cancer cells that have not yet manifested them. The current standard of care for ovarian, colorectal, breast, and lung malignancies is adjuvant therapy. In cancers including head and neck, lung, and anal, combined therapies like chemotherapy and radiation are utilized to reduce the tumour before surgery or treatments with a curative purpose. Based on these three fundamental ideas, the combination of chemotherapeutic drugs is administered cyclically. 1) Fraction kill: Regardless of tumour load, a uniform treatment dose kills a constant fraction rather than a constant number of tumour cells. 2) The relationship between the effectiveness and the dose delivered to neoplastic tumour cells is linear. 3) Goldie-Coldman mutations occur spontaneously in cancer cells and result in treatment resistance.

Chemotherapy medications can be administered intravenously, orally, subcutaneously, intramuscularly, or Intra-Thecally (IT). Due to their 100% absorption rate, the majority of chemotherapy drugs are administered intravenously. For greater absorption, some substances, like paclitaxel, must be combined with solvents, such as cremophor. Particularly in cancer patients taking opioids, doctors should be aware of variables that affect absorption, such as surgery and stomach motility [6]. The liver or kidneys are primarily responsible for the metabolism and excretion of chemotherapeutic drugs. Some chemotherapy medications are harmful to the kidneys or liver. In certain circumstances, toxic levels can accumulate and cause organ failure. Therefore, it is crucial to take dose changes into account in these patients with organ failure. For patients with renal illness, the dose of capecitabine must be changed. The Body Surface Area (BSA) method of dosage is typically used to give chemotherapy drugs. Drug interactions are common. The metabolism of several chemotherapy medicines is mediated by the Cytochrome P450 (CYP) enzyme. CYP3A4/5 is responsible for the metabolism of medications such as bortezomib, docetaxel, etoposide, imatinib, sunitinib, sorafenib, and vinca alkaloids. It's crucial to be aware of some commonly used medications that have potent inducers like phenobarbital and phenytoin and inhibitors of CYP enzymes like grapefruit juice and ketoconazole because they can change the levels of chemotherapy agents in the body and either increase or decrease their efficacy or toxicity.

The majority of chemotherapy medicines are administered at infusion centres, therefore nursing and allied health workers play a big part in caring for patients taking these medications. They are frequently the patients' first point of contact. All medical providers need to be aware of the kind of medication being used and any potential negative effects on the patient. Significant morbidity and death can be reduced with careful monitoring and early detection of side effects. For instance, patients with a history of thrombocytopenia or anaemia should refrain from taking NSAIDs. In these patients, rectal suppositories and intramuscular injections should be avoided. Mucositis patients should not use commercial mouthwashes and should have their buccal cavities thoroughly examined. Numerous chemotherapy drugs have recognized adverse effects that can be prevented or at least minimized. For instance, pairing folate analogues like leucovorin with folate inhibitors like methotrexate helps lessen the severity of bone marrow suppression. The general adverse effects of chemotherapy are covered by this idea. For instance, Palifermin, a keratinocyte growth factor that helps lessen mucosal endothelial cell damage, can help diminish oral mucositis, a typical side effect of chemotherapy [7].

Chemotherapy patients need a team-based strategy for tracking any negative side effects. Providing supportive care, preventing infections, checking for adequate nutrition and hydration, and monitoring patient safety are all part of the nursing and allied health professions' responsibilities. Hand washing and infection prevention measures like isolation protocols must be strictly followed. It is crucial to comprehend and equip oneself with the infusion protocol parameters since patients need frequent laboratory monitoring. If one notices any aberrant parameters, they should immediately notify the treating professionals. Patient outcomes that are poorer can be reversed with early nurse interventions. It is critical to comprehend the typical root causes and severity of chemotherapy errors in cancer patients. In a multidisciplinary setting, strategies include improving communication, standardizing protocols, using read-back and confirming dosages, and collaborating with pharmacists can all assist lower medical errors. 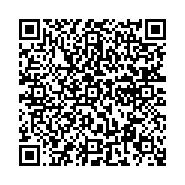