Current Status of Gadolinium Retention in the Brain

Gadolinium (Gd3+) based contrast agents previously demonstrated safe administration and were associated with minimal events of adverse reactions until NSF and gadolinium deposits were found in the brain. Gadolinium is a paramagnetic earth lanthanoid element with a ferromagnetic property that is suitable for intravenous administration. Recently, a series of studies raised their concern over the higher risk of developing NSF when administering nonionic linear agents such as gadodiamide and gadoversetamide

Gadolinium (Gd3+) based contrast agents previously demonstrated safe administration and were associated with minimal events of adverse reactions until NSF and gadolinium deposits were found in the brain. Gadolinium is a paramagnetic earth lanthanoid element with a ferromagnetic property that is suitable for intravenous administration. Recently, a series of studies raised their concern over the higher risk of developing NSF when administering nonionic linear agents such as gadodiamide and gadoversetamide [1,2]. This is due to the rapid dechelation characteristic of the agents, resulting in the release of gadolinium ion (Gd3+) to the surrounding tissues [2]. Since then, guidelines have been established restricting dosage recommendation for patients with compromised renal statuses.

However, in 2014, another concern was raised on the deposition of gadolinium in patients with healthy, uncompromised renal function. This new connection was first reported by Kanda et al. who concluded that an increase in signal intensities in the dentate nucleus (DN) and globus pallidus (GP) was observed in patients who received gadolinium based contrast agents [3]. Kanda et al. further proved his hypothesis in 2015 by examining autopsy samples of patients who underwent gadolinium based contrast agents and found that traces of gadolinium were deposited in their brain [4]. Shortly thereafter, several studies concluded the same hypothesis and demonstrated deposition of gadolinium in the brain of autopsies who previously underwent gadolinium-enhanced magnetic resonance examinations [3,5,6]. This revelation alerted the medical experts on the risk of administering gadolinium based contrast agents because of its observed insolubility properties at physiologic pH, and the long-term effect of repeated gadolinium injection.

Over the part 2 years, several studies demonstrated an increase in signal intensity (SI) with observed T1 shortening on unenhanced T1-weighted MRI in the DN and GP after multiple administration of linear nonionic agents (gadodiamide, gadoversetamide) and linear ionic agents (gadopentetate dimeglumine, gadobenate dimeglumine) [3,4,7-12]. Linear ionic liver-specific gadoxetic acid also reported significant increased SI in the DN and GP with patients who previously administered macrocyclic agents (more than 10 administrations) as observed by the increase ration in middle cerebellar peduncle, pons and thalamus [13]. The structure of gadolinium based contrast agents was later suggested to affect the deposition in the brain, other than its chelating characteristic, where Ramalho et al. reported significantly higher increase in SI with gadodiamide compared with gadobenate dimeglumine in DN [8]. However, no reported cases of gadolinium brain deposition were observed after multiple administration of macrocyclic agents (gadoterate meglumine, gadoteridol, gadobutrol), even with 20 or more serial injections [4,10,11,14-16].

This year in Vienna at the European Congress of Radiology (ECR), a study stated that macrocyclic agents demonstrated no deposits in the rat’s brain when employing macrocyclic agents when compared to the linear agents. Additionally, it was found that there were no histopathological changes in tissue when resected with both linear and macrocyclic agents.

A week later on March 10th, the European Medicines Agency provided a statement in that linear gadolinium contrast media agents shall be removed from clinical practice [17,18]. However, they did recommend that some linear agents such as gadoxetic acid and gadopentetic acid and macrocyclic agents to remain available at a very low concentration dose.

This dispersion in results warrant further research in the matter of Gadolinium and its long term deposition in the body. Since conflicting views have been observed regarding the deposition of both linear and macrocyclic gadolinium in the brain, research should be aimed at formulating decreased contrast volume and administration in patients, regardless of their renal status, until clear evidence is demonstrated. Findings by McDonald et al. detected gadolinium in the endothelial walls, where a third portion appeared to have crossed the intact blood brain barrier [5]. However, the form of gadolinium was not yet confirmed as to whether it was chelated or free form. This uncertainty demonstrates that gadolinium bio distribution is not fully explored and yet, gadolinium based contrast agents have been administered to over 100 million patients.

There is no doubt of the advantages of gadolinium based contrast agents and their benefits in terms of diagnosing, screening and monitoring of tumors. However, future research should be focused on addressing the gadolinium ion in a holistic approach, and possibly finding safer alternatives of administration. Until then, gadolinium based contrast agents administration should be reduced to the absolute minimal in current medical imaging and Gd3+ contrast media delivery strategies is needed more than ever. 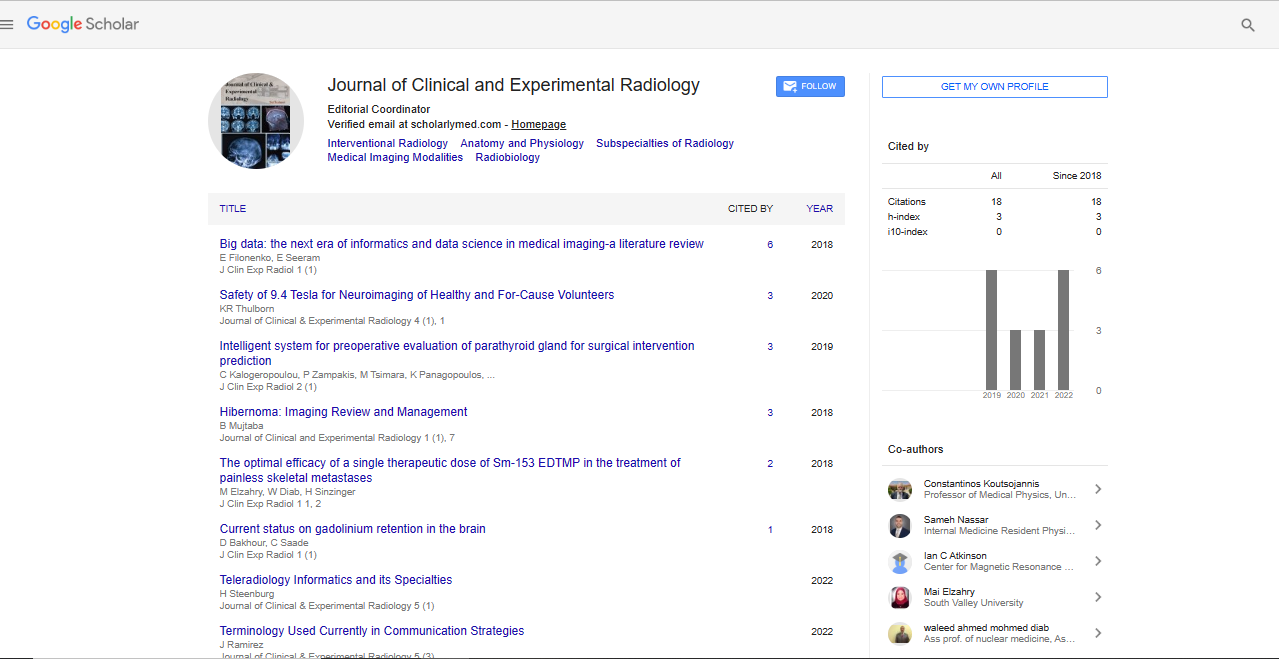