The foundation of this work is based on the fundamental principles of L-systems. L-systems are parallel rewriting systems that are widely used in graphic design, pattern design, fashion design, and textile industries since they generate graphics that are usually clear in lines, sophisticated and elegant. This article firstly describes generation and implementation methods of L-systems, doing research on various graphics generated by it. Since the number of the graphics that are generated by the fundamental principles are limited, this paper focuses on progressive diversification of LSystem rules through various operations like context alteration and successor alteration, producing a wide range of novel, unexpected plant-like and abstract forms. The resulting artistic figures are then redesigned and applied to the design of textile patterns using image processing software Photoshop. This study not only enhances the algorithm and graphics of Lsystems, but it also provides a new viewpoint to the production of textile patterns.

Fashion knowledge is spreading at an ever increasing rate, thanks to the rapid advancement of information technology. Countless fashion brands and popular information are implanted in the minds of people, influencing their dressing patterns [1,2]. Clothing in modern culture is not just a means for keeping people warm in the winter, but also an essential asset in the pursuit of individual expression. The development of mathematical art graphics has given traditional clothing patterns a fresh look. People have been influenced by the colour and shape of nature since ancient times and this has resulted in the creation of beautiful patterns. The use of attractive patterns in people’s lives on a big scale adds a lot of enjoyment to their life [3]. The graphic design on the plane of textile cloth, which is the main value of textile products, is referred to as textile pattern design. As a result, pattern design is a significant endeavour in the textile business.

The graphic designer’s handcraft is used in the traditional pattern design process. Traditional design processes are characterized by manual operations. They are characterised by narrow- minded design thinking, a lack of design patterns, a long development cycle, and difficulty in creating an initial pattern process. Because of these reasons garment pattern designers began to concentrate on science, technology, and mathematics in the hopes of developing new design resources for garment pattern development [4].

In 1968, Hungarian biologist Aristid Linden-mayer proposed a way to define the grammar based on his study on plant’s morphology, evolution and structural changes. He introduced a new type of string rewriting mechanisms, subsequently termed as L-systems [4].

Many computer scientists, botanists and mathematicians were interested in L-systems, so they proposed various improved methods for L-systems and developed some new methods on generated plant graphics, such as IFS (Iteration Function System), reference axis technology [5,6], fractal method [7] and the environment particle system [8], etc. In 1984 and 1986, A R Smith and P Prusinkiewicz introduced L-systems into the computer graphics [9,10]. Later it was found that L-systems could be used in a variety of applications, including the creation of tilings, the recreation of an East Indian geometric art form, and the synthesis of musical scores [11,12]. Because the L-systems generate graphics that are typically clear in lines, sophisticated and elegant, they are ideal for a variety of textile applications. As a result, the method of leveraging L-systems to construct textile patterns was investigated in this work.

Each L-system represents a developing organism using a sequence of modules, also referred to as the string [13-15].

Lindenmayer systems (L-systems) are a rewriting and visualization method developed by Aristide Lindenmayer in 1968. It is one of the powerful systems that allows to model plants that show self- similarity. A rewriting mechanism that operates on strings is at the heart of the L-system paradigm. L-systems differ from other string rewriting systems in that they are utilised for data generation rather than recognition or translation. Another property of L-systems is that the rewriting operation is applied to all components of the string at the same time, which is a result of its use to mimic physical processes in which ”everything happens at once”.

An L-system rule includes two sentences, a “predecessor” and a “successor.” For example, with the Rule “A→AB”, A is called predecessor and AB is called successor. The rule signifies that whenever an “A” is found in a string, it is replaced with “AB”. Starting with the axiom, the production (or rewriting) rules are applied iteratively, with as many rules as feasible being applied simultaneously per iteration. Furthermore, an L-system is context-free if each production rule only refers to one symbol and not its neighbours. The system is said to be context-sensitive if one rule refers to symbols and their neighbours. An example of a context-sensitive system is:

Alphabet: A, B Axiom: A Production rules:

Where the production rule B>A→B means that when B is adjacent to the left to A, then B will stay B. When it is not left to A, B will map to A. When we work out the L-system, we will get this for the first couple of stages:

Derivation generates a series of strings that serve as a record of the growth of a branching structure. An automated approach of generating a visual representation is required because the model is intended to describe the development of a biological form. Turtle graphics, as explained in, are an effective mechanism for this. The application of turtle graphics as described in can be used to create geometric representations of L-systems. The simplest technique is to utilize the string created by an L-system as a command sequence for a turtle. The geometric representation that occurs when a turtle reads a sequence of commands is referred to as the turtle interpretation of an L-system string (see Figure 1). Figure 1: An L-system and its Turtle interpretation.

The increase in variety of L-system generated graphics can be achieved through the process of Diversification. The diversification process involves two main steps:

Although the order in which the above stated diversification rules are undertaken is arbitrary as their effects are independent of each other.

The goal of changing the context is to change the local neighbourhood in which a developmental rule is implemented. Small changes to the neighbourhood of rules are the mechanism by which redundancy is added to the system. This redundancy, however, is only functional if duplicated rules are being used. This necessitates changing the context of the duplicated rules so that they remain active during the L-system derivation. Figure 2 shows a simple L-system to demonstrate this concept. It is known which modules were located adjacent to the context of each rule at each moment it was applied once the string is derived. In Table 1, you’ll find a list of these neighbours. Figure 3 shows the whole list of new rules that emerge from changing the context of this L-system. Figure 3: Exhaustive list of possibilities for context alteration of each production of L-System given in Figure 2.

Context change on their own will often have little effect on the resulting L-system as their job is to increase redundancy in the system. Most of the changes are primarily caused by successor changes. There are numerous options for successor changes, two of which are used in this article.

Table 1: Modules found neighboring each end of the context at any time during derivation of the L-system in Figure 2.

Module removal: The successor is made shorter by removing modules. The successor is chosen at random for the module to be deleted. When the chosen module is a bracket, the matching bracket must be deleted as well to maintain the branching structure. If merely the bracket symbols are removed, however, the resultant frequently changes dramat ically, as the turtle commands that were previously included within the branch now impact a much broader section of the string than before (see Figure 4). Figure 4: Some choices for branch point removal when the module chosen for removal is the first opening branch point. a)Original L-system: a→f[-fa]f[+fa]/f b)Matching brackets and modules between them removed: a→ff[+fa]/f.

Patterns are often used in the clothing industry, particularly in the design of clothing textiles. Clothing textile design is made up of four elements: patterns, materials, colours, and styles. Because patterns may enhance people’s fashion sense and creative sense of clothes, as well as become a specific demand for individual’s pursuing clothing perfection, they will increasingly be integrated into the design of fashion materials and have a wide application prospect.

Figure 5 shows few graphics generated by applying diversification to L-system rules that can use as patterns for clothing textile designs. In our work an existing implementation and simulation framework L-Py is used for simulation purposes of L-system patterns. L-Py is an open- source framework and library for the simulation of L-systems based on Python, developed by Boudon et al [2]. The created patterns can be used to simulate textile design in fashion. Through the developed pattern we make different textile pattern designs using image processing software ’Photo- shop’. The geometric pattern graphics generated by the L-Py is chosen as the fundamental pattern for textile pattern designs and then we arrange the patterns in continuous manner as per the formal beauty rules of textile design(Figures 6-9).

Furthermore, because colour is one of the main factor that attracts customers, designers must have a thorough understanding of pattern colour. The proper application can make the pattern effect more colourful and aesthetic feeling more vigorous. Since the number of the graphics that are generated by the fundamental equations of the L-system is limited and patterns lack variety, there- fore, this paper focuses on the extension problem of basic functions, through diversification of L-system rules which include methods of context alteration and successor alteration. The graphics generated by diversification rules are more gorgeous and elegant. This endless fine pattern creates a new artistic style that shares the classic art style’s aesthetic characteristics of harmony and symmetry. A series of clothing pattern formations are presented in this article based on the aforementioned study results. Figures in this paper demonstrate patterns that are smooth, properly proportioned, complete, and have fine contours; their style is suitable for carpets, bed sheets, women’s skirt, tablecloths, jewellery designing and so on. The experimental results reveal that designing textile printing patterns based on diversification of L-systems is fully viable, and the unique creative designs created have a lot of practical value. As a result, we feel that the varied graphics generated by diversification of L-systems have geometrical pattern features, strong flavour of the times, conform to textile consumer aesthetic demands, and are incredibly beneficial for textile decoration art performance. 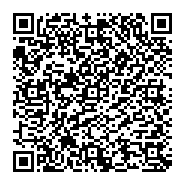