Introduction: Pheochromocytoma and Paraganglioma (PPGLs) are rare neuroendocrine tumors which are known for their excessive catecholamines secretion and their variable clinical presentation. The majority of PPGLs are benign. As such, therapeutic options for the treatment of metastatic pheochromocytoma are limited, especially when complete respectability is impossible. Moreover, the acceptable chemotherapy regimen doesn’t affect overall survival of these patients. We report a case of a patient with neurofibromatosis type 1 and inoperable metastatic pheochromocytoma, treated with a chemotherapy protocol derived from the treatment of adrenocortical carcinoma and the partial response seen to this treatment.

Case presentation: 48-year-old caucasian woman with a history of neurofibromatosis type 1 presented with epigastric pain, dry mouth, and hypertension. Her blood work revealed elevated Aminotransferases levels (AST=53 U/L, ALT=91 U/L), Serum Alkaline Phosphatase (ALP) levels and Gamma-Glutamyl Transferase (GGT) levels (ALKP=188 U/L ,GGT=250 U/L) with high levels of lactate dehydrogenase (LDH= 797 U/L). An abdominal-pelvic ultrasonography demonstrated 8.9 cm X 8 cm X7 cm adrenal mass with possible liver metastases. Chest-abdomen-pelvis contrast enhanced Computed Tomography (CT) revealed space occupying lesion in the right adrenal, penetrating the inferior vena cava, and involving the right kidney, the left and right renal veins, and the aorta. Liver metastases were observed as well. Urine normetanephrine was 7173.5 mcg/24-hours, Normetanephrine/ creatinine ratio was 6676 and metanephrine/creatinine ratio was 225. A presumptive diagnosis of metastatic pheochromocytoma was made and subsequently validated in histopathology of a liver biopsy. Due to the proximity of the tumor to large vessels, debulking procedure couldn’t be performed.  She received 6 cycles of chemotherapy protocol used for the treatment of ACC- etoposide, doxorubicin, and cisplatin (EDP regimen). Follow-up urine normetanephrine decreased to 390 mcg/24-hour and the patient's symptoms relieved. In a 68Ga-DOTATATE positron emission tomographic scan, both the right adrenal mass and the diffused liver metastases had shrunk. However, the patient's death was determined only four months after the diagnosis, due to internal bleeding.

Pheochromocytoma and Paraganglioma (PPGLs) are neuroendocrine tumours which are derived from either the sympathetic or parasympathetic nervous system and are known for their excessive catecholamine secretion [1,2]. Patients with neurofibromatosis type 1 are at an increased risk of developing malignancies that may be related to NF1 gene dysfunction and PPGLs occur in 1% to 3% of NF1 patients [3,4]. The majority of PPGLs are benign, while metastatic pheochromocytomas are rare. As such, the best treatment for metastatic pheochromocytoma is not well established. Treatment options include surgical resection, systemic chemotherapy, targeted radiopharmaceutical agents [e.g., 131I-MIBG or somatostatin analogues (90YDOTATATE and 177Lu-DOTATATE), radiation therapy and radiofrequency ablation when feasible surgical resection (tumour mass reduction) is the desired initial treatment even for debulking purposes [4]. The recommended regimen in patients with unresectable PPGLs is a combination chemotherapy with Cyclophosphamide, Vincristine, and Dacarbazine (CVD) [5]. This regimen may lead to disease stabilization or even partial response, performance status improvement, and symptom relief in up to 50% of patients [1,5]. However, this regimen is considered only palliative as it has not been shown to affect overall survival [6-8].

Herein, we present a case of a patient with neurofibromatosis type 1 (NF-1) and unresectable metastatic pheochromocytoma, treated with a chemotherapy protocol derived from the treatment of Adrenocortical Carcinoma (ACC) and the partial response seen to this treatment [9].

A 48-year-old caucasian woman with a history of NF-1 presented to the emergency department with complaints of epigastric pain of 3 weeks duration. Her pain radiated to her back and became worse after eating and when lying down. Other complaints included a dry mouth. She denied any palpitations, headache, sweating, dizziness, or B symptoms. Figure 1: Liver metastases of the left and right renal veins.

Full evaluation for hormonal secretion was performed, including 24-h urine for metanephrines and catecholamines excretion, which were increased. Urine normetanephrine was 7173.5 mcg/24 hours, Normetanephrine/ creatinine ratio was 6676 and metanephrine/ creatinine ratio was 225. The other endocrine screening tests were normal. A presumptive diagnosis of metastatic pheochromocytoma was made based on the imaging studies and the elevated metanephrines. This was subsequently validated in histopathology of a liver biopsy which demonstrated metastatic poorly differentiated tumour, compatible with an adrenal tumour, most probably pheochromocytoma. Immunohistochemistry was positive for chromogranin and synaptophysin. A high Ki-67 proliferation index (80%) was demonstrated as well. During the hospital course, she was started on alpha-blocker (Doxazosin) and beta-blocker (bisoprolol) for high blood pressure.

A multidisciplinary consultation was held to determine the best treatment strategy. Systemic chemotherapy was suggested as the only possible treatment since debulking procedure could not be performed due to the proximity of the tumour too large vessels. The choice of chemotherapy was debated with the conclusion that the standard CVD protocol for unresectable PPGLs would not suffice. As such, it was decided to adopt a protocol used for the treatment of ACC- Etoposide, Doxorubicin, and Cisplatin (EDP regimen). She received 6 cycles of combined chemotherapy. Follow-up urine normetanephrine, 2 months after admission decreased to 390 mcg/24 hours. The patient's abdominal bloating decreased, and her pain was relieved. After the fourth cycle, a 68Ga-DOTATATE PET/CT scan was carried out. Compared to the first CT scan, both the right adrenal mass and the diffused liver metastases had shrunk (figure 2). Figure 2: CT scan of both the right adrenal mass and the diffused liver metastases.

A day after her sixth chemotherapy treatment, she was admitted with significant weakness and severe pain to our emergency department. She was hypotensive (Blood Pressure [BP]: 70/36 mmHg) and pale. Initial blood tests identified severe anaemia (Hemoglobin g/dL) and metabolic acidosis. Point-of-Care Ultrasound (POCUS) revealed blood in her left abdomen. After a discussion with the patient and her family and due to her poor prognosis, a palliative course of treatment was agreed on. She received supportive care which included blood transfusions, sodium bicarbonate and ringer lactate infusions. Three hours later, agonal breathings were observed with no recordable blood pressure or electrical cardiac activity. Life pronounced extinct.

We hereby described a case of an unusual presentation of metastatic pheochromocytoma. Our patient was diagnosed based on the clinical presentation, laboratory analysis, imaging, and pathologic findings.

In this case, despite the high tumour burden, the patient's endocrine manifestations were relatively poor. Her only complaints were epigastric pain and dry mouth, and her blood pressure was only slightly elevated. Moreover, she responded well to the standard treatment (Combined α- and β-adrenergic blockade) although patients with metastatic pheochromocytoma may have difficulty treating symptomatic hypertension [1,4].

As for the treatment options, to the best of our knowledge, this is the first reported presentation of metastatic pheochromocytoma that showed a partial response to an ACC chemotherapy regimen. As mentioned above, the first-line therapeutic option for metastatic pheochromocytoma is surgical resection. When curative surgery is not performed, surgical debulking of the tumour is a clinically beneficial treatment option as reduction of tumour size palliates symptoms related to catecholamine secretion [6]. For patients with inoperable tumours, as in the present case, the combination of Cyclophosphamide, Vincristine and Dacarbazine (CVD) is the most common and potent chemotherapy regimen. Nevertheless, responses are usually short-lived, and this regimen is valuable mainly for patients with the symptomatic disease [1].

Due to her aggressive disease, she received a combination of etoposide, doxorubicin, and cisplatin (EDP regimen) instead of CVD chemotherapy. Mitotane plus EDP regimen represents the best approach to treatment in patients with advanced adrenocortical carcinoma, as rates of response and progression-free survival are significantly better with this regimen (23.2% vs. 9.2%, and 5.0 months vs. 2.1 months respectively) [9]. Yet, this regimen is not associated with improved overall survival [9]. After the intervention of the EDP combination regimen, a remarkable improvement in clinical, radiological, and biochemical markers (urine normetanephrine) was found.

Our case emphasizes the fact that a high index of suspicion is needed in order to diagnose pheochromocytoma, even when clinical symptoms are mild. Moreover, to our knowledge, our case is the first reported presentation of metastatic pheochromocytoma that showed a partial response to the ACC chemotherapy regimen. However, despite this significant response, the patient's death was determined only 4 months after the diagnosis, due to internal bleeding.

It is hard to draw conclusions from one case, but it raises the possibility that other chemotherapy regimens merit further investigation in the setting of metastatic pheochromocytoma.

This case report emphasizes the importance of finding an effective and validated chemotherapeutic regimen for inoperable metastatic pheochromocytoma. 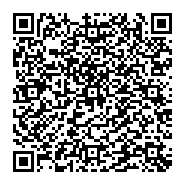