Epilepsy is a central nervous system disorder with abnormal brain activity, causing seizures or unusual behavior, sensations, and loss of awareness. The present study aimed to evaluate the effect of valproate and oxcarbazepine therapy in newly diagnosed epileptic children. Changes in serum asymmetric dimethyl arginine (ADMA), homocysteine (HCY), folate and B12 levels were assessed as possible markers of cardiovascular risk and correlation between HCY and ADMA levels was ascertained. Two hundred drug naïve newly diagnosed patients with epilepsy, age seven-17 years with no known cause of hyperhomocysteinemia (HHCY), were enrolled for the study. Pre and post-treatment (after six months) analysis of HCY, folate and B12 were done. Valproate and oxcarbazepine treatment was started on 100 patients each respectively. No significant variation was observed in age, gender and seizure type. Children on valproate and oxcarbazepine therapy had HHCY 45% and 23% respectively after six months. There was a significant increase (p<0.05) in ADMA and HCY levels in both the groups after six months of therapy. A decrease in folate levels was registered in both the groups. In subjects on valproate, ADMA levels exhibited a positive correlation with B12 while HCY levels correlated negatively with folate. In patients on OXC therapy, negative correlation was found between ADMA and B12 at recruitment and HCY and folate levels after therapy. Anti-epileptic therapy can affect ADMA, HCY, folate and B12, but increase in ADMA may be independent of HHCY. Further studies are needed to understand the etiology of ADMA increase. 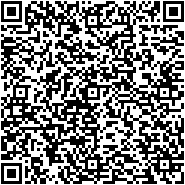