Skin cancer appears to be more common in males than females, although this trend is reversed in younger patients. The most common type of lesion was basal cell carcinoma, which most often developed in the head and neck region. Skin cancer trends at KAUH have remained consistent for the last several decades, suggesting that more work is needed to investigate specific risk factors for this geographical region. Importance: The incidence of skin cancer has continued to rise recently, affecting a large number of people in different geographical areas. Cutaneous carcinoma is classified as either malignant melanoma or non-melanoma skin cancers (NMSCs). Even though melanoma is the rarest type and the deadliest form, it is now becoming more prevalent. Objective: To identify the current epidemiological trends in the prevalence of malignant skin tumors at King Abdulaziz University Hospital (KAUH) in comparison to previous years. In addition, we aimed to examine patterns of skin cancer incidence based on gender, age of diagnosis, and anatomical locations. Design: Retrospective study, Cross-sectional Setting: King Abdulaziz University Hospital (KAUH) Participants: All histologically diagnosed patients with major skin cancer types during the six-year period from January 2011-December 2016 Exposures: Age of diagnosis, gender and anatomical location Main outcomes and measures: The incidence of skin cancer, namely, basal cell carcinoma (BCC), squamous cell carcinoma (SCC), malignant melanoma (MM), in different tumor locations, demographic groups, and in previous years at KAUH. Results: Fifty-one patients were histologically diagnosed with skin cancer. Generally, there is a male predominance of all forms of skin cancer. The mean age at diagnosis was 55.2 years, while MM tended to occur at younger ages. BCC was found to be the most prevalent type (64.7%), followed by SCC (31.4%) and MM (3.9%). Data also revealed that the most predominant sites of skin lesions were the head and neck (78.3%). There was a single case of SCC in genitalia, and melanomas occurred only in the head and neck. Conclusion and relevance: In comparison to previous studies conducted in KAUH, our study demonstrates a stable trend of skin cancer throughout the years. However, cases in young patients showed a different trend, appearing more commonly in females rather than in males. We noted an increase of BCC cases and a minimal reduction in the prevalence of MM. However, our frequency estimates were based on histologically diagnosed skin cancer during a limited period (6 years) in comparison to that of other studies.

Skin cancer incidence varies significantly worldwide, by geographical region, race, age, and social and environmental factors. According to incidence reports from the Saudi Cancer Registry in 2010, 12,909 adult cancer cases were detected in the kingdom’s 13 administrative regions. Skin cancer was the ninth most common cancer for males and females, representing 3.4% of all cases. Overall, skin cancer was slightly more common in males (53%). Basal cell carcinoma (BCC) was the most frequent type (45%). In order, the six regions with the highest skin cancer rates were Riyadh, Tabuk, Jazan, Eastern province, and the Northern and Qassim regions.

Recent studies indicate that over the past three decades, the frequency of skin cancer has exceeded that of prostatic and breast cancer and is significantly higher than the 31-year prevalence of all other cancers combined. While many studies have shown that the prevalence is increasing, studies regarding the burden and incidence of skin cancer are still lacking [1,2].

Several studies have investigated the trends of skin cancer incidence and patterns in different areas in Saudi Arabia. Our aim was to study current epidemiological trends in the incidence of malignant skin tumors. We conducted a retrospective study of patients at King Abdul-Aziz University Hospital (KAUH) and compared with previously published data at the same hospital during different time periods. In addition, we aimed to determine patterns of skin cancer incidence based on gender, age of occurrence, and anatomical site.

We retrospectively reviewed all histologically diagnosed cases of major skin cancer types during the six-year period from January 2011-December 2016. Patients’ demographic data like age, nationality, and gender were collected from medical records at KAUH in Jeddah, Saudi Arabia. We examined trends in the incidence, type of skin cancer, and anatomic sites.

Fifty-one patients were diagnosed with skin cancer at KAUH from January 2011-December 2016, and their diagnoses of malignancy were confirmed histologically. Among these patients, 21 were Saudis and 30 were non-Saudis.

Although malignant melanoma (MM) occurred equally in males and females, the overall male-to-female ratio of all skin cancers was 2:1. BCC was the most prevalent type (64.7%), followed by squamous cell carcinoma (SCC; 31.4%) and MM (3.9%). As shown in Table 1, the mean age at diagnosis among all types was 55.2 years, while MM tended to occur at younger ages (mean, 41.5 years).

Table 1: Distribution of major types of skin cancer with mean age and male to female ratio.

Skin cancer is an abnormal cell growth [3]. Although light-skinned individuals have a higher risk, skin cancer occurs in people of all colors and races, and its prevalence increases with age [4,5]. Non-melanoma skin cancers (NMSCs), including BCC and SCC, are the most common skin cancer types [6]. There has been a noteworthy worldwide increase in melanoma and NMSC prevalence in recent decades. Internationally, the highest reported skin cancer incidence rates are in New Zealand, followed by Australia, the United States, and Europe. Although melanoma is rare, there is a clear increase in the rate of melanoma diagnoses each year [7].

According to previous research, Saudi Arabia has low skin cancer incidence compared to other countries. Several attempts have been made to study the skin cancer prevalence in Saudi Arabia. Evaluating and understanding current epidemiological trends is necessary to successfully reach early and appropriate control of the disease.

Many studies of skin cancer prevalence and patterns in KAUH have been performed. An earlier 10-year study (Jan 2000-Dec 2010) found 106 skin cancer cases, with similar patterns as our results: BCC (28.3%) and SCC (24.5%), were the most common, while 10.3% of cases were MM. The head and neck were the most common locations [8]. Moreover, an earlier study at KAUH (1984-1996) and King Khalid National Guard Hospital (1992-1996) reported 40 skin cancer cases at KAUH. The most common cutaneous malignancies were BCC (35%), SCC (20%), and MM (10.6%). Most BCCs occurred in the head region (84.6%) [9]. Consistently, we found that BCC remains the most prevalent type at KAUH, occurring most commonly in the head and neck. The MM rate was reduced while that of BCC was increased. However, differences in previous studies’ durations might have affected the number of reported cases when we evaluated annual skin cancer prevalence (Table 4). Although skin cancer presents more frequently among elderly males, in the occasional cases in early age it exhibits a unique pattern of higher frequency among females.

Our median patient age was 55.2 years. Consistent with previous studies at KAUH, MM occurred mainly in the extremities. Here, we noticed fewer MM cases, only in the head and neck, with equal numbers of females and males, and with a mean age younger than for other cutaneous malignancies (41.5 years). However, we must consider our study’s short duration of and that there were only two reported MM cases (Table 5).

Other regions of Saudi Arabia have reported similar patterns of skin cancer as our center. A 20-year epidemiological retrospective study in a tertiary center in Al-Dhahran (Johns Hopkins Aramco Healthcare) from 1995-2014 identified 204 cases; in descending order, the most common were BCC (36%) and SCC (23%), with the head and neck being the most common location for both types [10]. Furthermore, studies in Yemen and Bahrain have revealed the same pattern [11].

Our results demonstrate a stable trend of skin cancer types and anatomical sites throughout the years: BCC continues to be the most prevalent type, most commonly detected in males and at an old age. Regarding their distribution, skin lesions are located mainly in the head and neck. Cases at earlier ages (<60 years) showed a different trend, appearing more commonly among females. We noted an increase of BCC cases and a minimal reduction in the prevalence of MM compared to previous results from KAUH. However, our frequency estimates were based on histologically diagnosed skin cancer during a more limited period (6 years) than other studies. Our study has certain limitations, as we did not assess prognostic and risk factors such as skin color, UV exposure, sunscreen use, immunosuppressive treatments, chemical and viral carcinogens, radiation, phototherapy, or other associated comorbidities. We recommend further studies to evaluate metastatic sites and the epidemiology of secondary skin cancers.

Ethics approval and consent to participate

The study protocol was reviewed and approved by the King Abdulaziz University Hospital Research Ethics Committee. Data was kept confidential and all patients were de-identified.

Availability of data and material

The data are not available for public access because of patient privacy concerns, but are available from the corresponding author on reasonable request.

We would like to acknowledge pathology department at king Abdulaziz University hospital for providing the data. 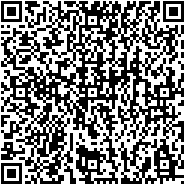