Erythematous Papules and Patches on the Hands

A 29-year-old pregnant woman presented with itchy erythematous lesions, fixed at the hands, bilaterally and symmetrically, without other systemic signs or previous infection. The initial clinical examination revealed the presence of erythematous papules and patches. Erythema elevatum diutinum is a rare chronic form of cutaneous vasculitis. It is generally associated with autoimmune, neoplastic, hematological and infectious processes. Its association with pregnancy is very rare.

A 29-year-old woman, pregnant at 34 weeks of amenorrhea, presented with itchy erythematous lesions, fixed at the hands, bilaterally and symmetrically, without other systemic signs or previous infection. The initial clinical examination revealed the presence of erythematous papules and patches, with an infiltrated border and a depressed center giving an annular appearance, and others with a purplish, sometimes edematous center, sitting bilaterally and symmetrically on the dorsal face joints of the hands, overflowing on the palmar faces (Figures 1A and 1B). There was no lymphadenopathy present. A skin biopsy from a patch was obtained (Figures 1C and 1D). Figure 1A: Erythematous annular papules and patches on the dorsal face joints of the hands. 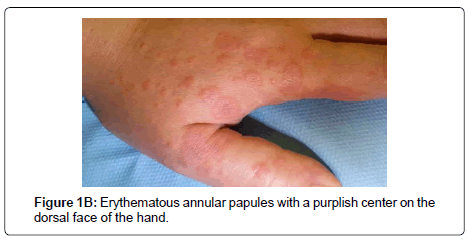 Figure 1B: Erythematous annular papules with a purplish center on the dorsal face of the hand. What is your diagnosis?

Clinicohistopathologic correlation supported the diagnosis of erythema elevatum diutinum (EED). A paraclinical assessment of association with other diseases was made returning without abnormalities. Given localized lesions without systemic signs, the patient was started on topical corticosteroids with good progress until delivery, and remained in remission for two years.

Erythema elevatum diutinum (EED) is a rare and infrequent form of leukocytoclastic vasculitis. It is more frequent in adults between the third and sixth decades of life, presenting at any age [1]. It is probably mediated by immune complexes. It is generally associated with autoimmune, neoplastic, hematological and infectious processes [2-4].

The lesions manifests as symmetrical, firm, yellow or pinkish to red, purple or brown papules, plaques or nodules on the backs of the hands, feet and extensor surfaces of the extremities overlying joints [5]. Although lesions are often asymptomatic, patients have experienced pruritus, tenderness, and local burning sensation [4-7].

Histologically, the lesions are characterized by a leukocytoclastic vasculitis, with large endothelial edema in the small vessels of the upper and middle dermis, foci of fibrinoid degeneration called toxic hyaline of the vascular wall and a perivascular lymphocytic inflammatory infiltrate [8,9].

Clinicopathologic correlation is important for the diagnosis as EED lesions may sometimes mimic a variety of cutaneous diseases, such as Sweer syndrome, pyoderma gangrenosum, sarcoidosis, granuloma annulare and erythema multiforme [4,10].

The treatment of EED is difficult because of its chronic and recurrent course [11]. Dapsone is considered a first-line treatment for early lesions [7]. In the second line, colchicine, tetracycline and systemic steroids have been used with limited success [12]. The lesions of erythema elevatum diutinum resolved after one week of topical steroid use and remained in remission for one year [7]. As the case of our patient in late lesions, the use of intralesional corticosteroids and surgical excision gave promising results [13]. Patients with underlying disorders or infections should benefit from targeted treatment of the underlying etiology, which could improve the results of EED [7].

Erythema elevatum diutinum is a rare chronic form of cutaneous vasculitis. It can imitate several pathologies. Although its cause is unknown, infections and systemic disorders associated with EED have been described: streptococcal infection, HIV infection, rheumatoid arthritis and monoclonal gammopathies. The association with pregnancy is very rare but can be explained by the fact that the latter is a temporary semi-allograft that survives for nine months [14] evolving favorably after delivery as is the case of our patient. 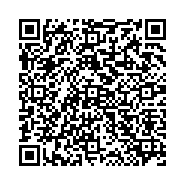