Over the past five years, new cancer research approaches have emerged at an extremely rapid rate. Examples include extensive DNA sequencing of tumor and normal cell populations, the use of highly sensitive cancer cell detection techniques, vaccine development, and the development of tumor-specific (designer) drugs. These developments have prompted considerations about where to focus efforts when establishing clinical trials in the near future.

This is crucial in an era of resource depletion and at a time when competing for cancer control strategies are likely to overwhelm the opportunities for establishing significant, fruitful clinical trials [1]. It is especially important for the research community to be aware of the inevitable and difficult duty to make responsible decisions when deciding between clinical trials that offer the credible prospect of small-scale advancements and those that are less conventional but might produce revolutionary results. Despite apparent exceptions related to epigenetic factors, cancer often requires mutations, and significant cancer reduction has been achieved by carcinogen reduction. However, we now know that throughout the course of a lifetime, humans experience tens of thousands of somatic cell mutations. This begs the question: What more strategies designed to drastically lower somatic cell mutation rates would present prospects for cancer prevention in the future? What is the theoretical upper limit to reducing carcinogen-related mutation rates such that there will be a considerable reduction in the possibility of fatal cancer given DNA polymerase error rates or other sources of mutations in somatic cells that cannot be effectively avoided? [2].

After a decade or more of life, inherited, systemic mutations appear to only cause cancer in a small percentage of cells, frequently with less than 100% penetrance. According to a recent study, women with BRCA1 or BRCA2 mutations have a 60% and a 55% chance of developing breast cancer by the age of 70, respectively. The situation where every cell in the body contains a cancer-predisposing mutation but up to 45% of carriers do not acquire breast cancer is quite dramatic but receives little attention. Given the information on mutagens, carcinogens, and hereditary cancer mutations, it is reasonable to wonder how much other factors, such as modifier genes, food, inflammation, chemical tumour promoters, and even stochastic processes, contribute to the development of cancer. In the case of people with hereditary mutations who never develop cancer, this query seems especially pertinent. It is expected that cancer development calls for the loss of the second tumour suppressor allele as well as other alterations in the case of a systemic absence of one allele encoding a tumour suppressor protein [3]. Therefore, are occurrences of people with systemic mutations who do not get cancer the result of probabilistic events, such as not enough people being exposed to further carcinogens and leading to mutations in unrelated cases? Or are there additional elements that are crucial to the lack of cancer, such as modifier genes or non-carcinogenic environmental elements?

The authors of the aforementioned study3 also noted an 87% incidence of contralateral breast cancer in the case of BRCA1 mutations, showing that inherited modifier genes are only one component of the solution to the question of what else promotes the development of cancer in addition to mutations. If this question can be resolved for systemic mutations, it will be easier to determine the contribution of other variables to malignancies caused by somatic cell mutations. Given our understanding of cancer mutations, very effective DNA sequencing makes the early detection of cancer cells in circulation a simple question of time and money. Some cancer cells can already be found so early that the effectiveness of treatment is unknown. All cancer cells will be like this. Therefore, research issues will be: based on new (mutational and non-mutational), putative risk variables mentioned above, what to screen for; what to treat; and who to treat. The possibility of "pre-screening" or "post-screening" for clinical trials is also provided by whole genome sequencing, or by the identification of small amounts of circulating cells, potentially enabling a more effective selection of the most responsive patients. Whole genome sequencing [4], in conjunction with the research literature, would, for instance, allow for the effective exclusion of some patients while allowing for the focus on other patients. In a recent genomewide study, polymorphisms in the organic anion transporter gene, SLCO1B1, were linked to rates of methotrexate clearance, allowing clinical trials for methotrexate to categorise patients accordingly in the future and the use of very basic technology, namely a PCR-based test, to identify the indicated polymorphisms.

Highly sensitive screening leads us to vaccinations and tumourspecific medications in addition to watchful waiting. If cancer has a viral aetiology, vaccination methods that target the virus infection are currently widely accepted. For tumours without a clear viral aetiology, vaccinations may be more effective in patients with minimal tumour burden, less tumour-mediated immune system suppression, and no use of medicines that can stop immune cell division. Current research suggests that early tumour alterations can affect the immune system, at least occasionally [5]. For instance, loss of the retinoblastoma tumour suppressor protein typically occurs early and is accompanied by loss of the ability to induce the major histocompatibility molecule. When using anti-tumour vaccinations that target tumour viruses vs. anti-tumour vaccines that target advanced malignancies, there is currently a significant difference in the patient's health. This lack of vaccination testing can be largely attributed to the "does no harm" philosophy, which naturally avoids testing on people until there is a blatant, serious risk to their health. However, it will be possible for the first time to justify targeting cancers that do not have a viral aetiology with preventative anti-tumour vaccines rather than therapeutic vaccines thanks to the opportunity to pre-screen patients, either for small numbers of tumour cells that can be genetically, unquestionably identified as highly aggressive, or to screen for high-risk patients based on modifier genes.

Any vaccination method, though, depends on having access to effective immune genes, which remains a research problem for many infectious pathogens as well as cancer [6], especially in its initial stages. Additionally, it's important to comprehend how age and modifier genes affect vaccination outcomes. Making cancer chronic with combinations of tumour-specific medications that have few adverse effects, similar to the anti-AIDS drug cocktail, is the most logical, near-term hope to minimize cancer fatalities. A greater understanding of the fundamental concepts of cancer biology and natural selection is essential to achieving this goal. When one tumour-specific medicine is used, a small percentage of cancer cells will develop mutant, alternate signalling pathways, which will enable nearly identical cellular effector molecules to promote nearly identical cancer. Planning clinical trials with concurrent combinations of sideeffect- free tumour-specific medications is the best way to learn how to prevent selection for pre-existing cancer mutations [7]. A case in point is the combination of the BRAF inhibitor Sorafenib and the EGFR inhibitor Cetuximab in the treatment of colon cancer. Some of the obstacles to creating clinical trials with such combinations include intellectual property obstacles. However, recent efforts are intended to put more emphasis on basic scientific knowledge, such as the clear relevance of particular signalling pathways, in order to hopefully reduce the experimental costs before combination trials can be justified. In some cases, outdated requirements by the FDA for pre-clinical studies have hampered the development of clinical trials with combinations of tumour-specific drugs. Due to significant differences in animal and human proteins, such as those in the binding affinities of mouse and human proteins for particular tumour-specific drugs, reducing the significance of animal models, where rationally justifiable, may have the additional benefit of success in humans that could not be predicted from animal results [8]. 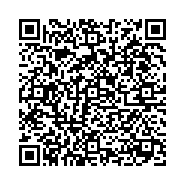