Sickle-cell anemia is a hereditary blood disease caused by a defective gene that produces an abnormal form of hemoglobin, the component of red blood cells responsible for transporting oxygen from the lungs to the tissues. The abnormal hemoglobin, called hemoglobin S, distorts red blood cells after they release oxygen in the tissues. These distorted cells are called sickled cells.
Sickle cell disease affects millions of people throughout the world and is particularly common among those whose ancestors came from sub-Saharan Africa, South America, the Caribbean, Central America, Saudi Arabia, India and Mediterranean countries (such as Turkey, Greece, and Italy). It is a multi-systemic disorder affecting about 1 in 500 African Americans. Approximately, 300,000 infants are born with it annually.
Sickle cell anaemia is probably the commonest known hereditary blood disorders in Nigeria. The Sickle cell anaemia (S) is the homozygous state in which the sickle gene is inherited from the father and the mother. Sickle cell disease may also occur in a heterozygous form in conjunction with other haemoglobin beta chair abnormalities.

Heterogeneity of the Sickle Cell Gene

In 1949, the genetic basis for sickle cell anaemia was demonstrated in which the heterogenicity of the sickle cell gene results in sickle cell trait while homogenicity leads to sickle cell anaemia. The sickling occurs because of a mutation (change in the genetic material (DNA) of a cell) in the haemoglobingene. Life expectancy is shortened, with studies reporting an average life expectancy of 42 in males and 48 in females.
Sickle cell anaemia, usually presenting in childhood, occurs more commonly in people (or their descendants) from parts of tropical and sub-tropical regions where malaria is or will be common. One-third of all indigenous inhabitants of Sub-Saharan Africa carry the gene, because in areas where malaria is common. In some regions of the world, sickle cell anaemia is almost endemic and the highest mortality rate is among children from 1 to 10 years of age.
Two-third of people suffering from the disease comes from a very low socio-economic level. However, in certain parts of the country, better living conditions, nutrition and medical care have resulted in significant reduction in mortality.
The liver is a vital organ present in vertebrates and some other animals. It has a wide range of functions, including detoxification, protein synthesis, and production of biochemical necessary for digestion. The liver is necessary for survival; there is currently no way to compensate for the absence of liver function.

Hepatic disease (Liver disease) is a commonly recognized complication of sickle cell anemia due to multiple factors such as intra-hepatic sinusoidal sickling, bilirubin, gallstones, transfusion related hepatitis infections or excess iron deposition. Clinical evidence of hepatic dysfunction in patients with sickle cell disease was explained by trapping of sickle cells during passage through the hepatic sinusoids which are engulfed by phagocytes causing hepatomegaly.
In clinical chemistry a number of tests are performed which are useful in the assessment of liver functions, diagnosing, monitoring and understanding the prognosis of liver diseases.
This study aims to assess the enzyme activities of serum Glutamyl Transpeptidase (GGT), Alanine Transaminase (ALT), Aspartate Transaminase (AST) and levels of total protein and albumin in sickle cell anaemia.
Enzyme activities of serum GGT, ALT and AST obtained from sickle cell patients were generally higher and low levels of total protein and albumin were observed when compared with the control subjects. These findings agree with the reports of Omata et al.
The observed high activities of serum GGT in sickle cell patients can be attributed to both bone and liver complications usually associated with sickle cell anemia. This was also reported by Cage. That the increased serum GGT could be due to liver ischaemia, cholestasis or vaso-occlusive crisis involving the bone.
The observed high enzyme activity of ALT was in agreement with those reported by Johnson et al. who explained that liver enlargement seen in sickle cell patients is not due solely to hepatic disease because abnormality of ALT which is specific for hepatic injury. The observed high activity of AST in patients with sickle cell anemia could be as a result of the presence of numerous sickled red blood cells in the lobular parenchyma of the liver.
The observed low levels of total protein and albumin in patients with sickle cell anemia could be as a result of the quick fall of concentration of short-lived hepatic proteins and loss of albumin into ascetic fluid respectively. The results of sex related distributions and the stratified age groups (15-20 years and 21 years above) showed no significance statistically (p>0.05). This agrees with the reports of Omata et al.
Transfusion of Red Blood Cells (RBC) has a crucial role in the therapeutic arsenal of SCD, resulting in reduced morbidity and mortality. One complication of RBC transfusion therapy is all immunization, an immune response against blood group antigens triggered by a genetic disparity between donor and recipient. According to Schonewille et al., the risk of all immunization depends on the exposure of the recipient to a foreign antigen, the immunogenicity of this antigen and the number and frequency of transfusions. Genetic factors controlling inflammatory responses may activate the innate immune system and convert an inert or even a tolerogenic event into an immunogenic one. All immunization occurs more frequently in SCD when compared to other diseases such as cancer and other hemoglobinopathies, with all immunization rates between 18%-47% for SCD. The main alloantibodies found are directed against antigens of the rhesus system and is primarily due to antigenic differences between blood recipients. 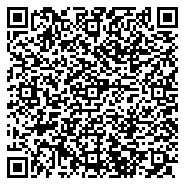