Mass Effect in a Thoracic Ganglioneuroma

The occurrence of thoracic ganglioneuromas is quite rare. Neural crest cells give rise to them. These tumours are usually asymptomatic, however big tumors might cause symptoms such as dyspnea or scoliosis due to loco regional compression. We present a 12-year-old child with a thoracic paravertebral giant ganglioneuroma that manifested as a massive intrathoracic mass in the posterior mediastinum with close contact with the dorsal spine. Scoliosis and skeletal deformities are caused by this masse. Scoliosis caused by ganglioneuroma is uncommon, and there is no data on its prevalence. A CT-guided tarnsparietal biopsy confirmed the diagnosis. Our goal is to draw attention to the challenges that may arise during the diagnosis of such individuals, particularly in light of the atypical clinical symptoms and the tumor's huge size. Also, especially in the preoperative phase, the care of paravertebral ganglioneuroma linked with scoliosis.
Thoracic ganglioneuromas are uncommon nerve tumors with only a few occurrences documented in the literature [1]. They are a type of neurogenic tumor that develops from sympathetic ganglion cells [2]. In the literature, only a few cases of ganglioneuroma with scoliosis have been reported. This report contains the following information. The authors describe a 12-year-old child who had scoliosis and had a thoracic paravertebral large ganglioneuroma. It's one of the largest ganglioneuromas ever seen in a child, with only one observation of a tumour larger than ours in an 8-year-old [3]. We propose to evaluate its clinical idiosyncrasies, radiological aspects, and considerable diagnostic challenge considering the rarity of this entity based on our observations. The case was researched and analysed improved the knowledge of this tumor.
Intra Cerebral Hemorrhage (ICH) is accounting for 10%-20% of all strokes. The incidence of ICH varies across countries and ethnic groups, where it is much higher in low and middle income countries and more common among Asian people. It is considered to be a catastrophic medical emergency that needs immediate actions and sometimes intervention since it has a high risk of mortality and morbidity [4,5]. Many risk factors are linked to ICH including old age, male gender, hypertension, renal failure, low lipids, smoking, alcohol, blood thinners and the use of sympathomimetic drugs like cocaine but there are many underlying different causes identified. The patients' presentation depends on the area affected by the bleeding, the size of the hematoma and if there is any extension to the ventricles [6]. Un-like ischemic strokes, the mortality rate for ICH is higher, reaching up to 40%-60%. There are many factors that can predict the poor outcome of ICH. This includes female gender, older age, hypertension, hyperglycemia, diabetes mellitus, chronic kidney disease, cardiovascular complications, pulmonary infections and higher stroke severity [7].

Studies about stroke in general and ICH in particular are scarce in Libya, the latest one being in 2014 [8]. Therefore, we intended to continuously raise-up stroke research. We selected to study patients with ICH in order to evaluate the prevalence, clinical characteristics and the different risk factors of ICH. Also to compare risk factors, clinical characteristics, and outcome between the young patients with older patients. Also to shed light on predictors of prolonged hospitalization and mortality in patients admitted with ICH.
An observational descriptive study of all patients with acute spontaneous (non-traumatic) hemorrhagic stroke admitted to Benghazi Medical Center (BMC) during the period January through December 2017. BMC is a teaching hospital affiliated to ministry of health, provides health care to multinational population in Benghazi-Libya [9].
Data were collected from case records of patients admitted to the medical units including the intensive care units at BMC during 2017. All patients diagnosed with acute spontaneous ICH were included, and the diagnosis was confirmed by radiological assessment either Computerized Tomography scan (CT) or Magnetic Resonance Imaging (MRI).
The data included gender, age, risk factors for ICH such as (hypertension, smoking, alcohol or drug abuse, antiplatelet or anticoagulants use), cardiovascular complications such as (arrhythmias or coronary artery disease), pulmonary, urinary tract or other infections, severity of stroke assessed using the Glasgow coma scale. All data were noted at time of presentation.
Inclusion/Exclusion criteria: All adults with acute non traumatic ICH were enrolled. The diagnosis of ICH has been confirmed by neuroimaging modalities either CT scan or/and MRI scan in a duration of less than 48 hours. Inclusion criteria include patients with secondary ICH such as AVM, aneurysm or tumors [10].
However, patients with hemorrhagic stroke of more than 48 hours or referred from other hospital were excluded due to lack of complete information.
Data were analyzed using the statistical program Statistical Package for Social Science (SPSS) version 18.0. Normality of data was determined by using the Kolmogorov-Smirnov test. Statistical significance was accepted when P-values<0.05.
Numerical variables were presented by mean and standard deviations. Categorical variables were presented as numbers and percentages. For comparison of the numerical variables t-test was used. Categorical variables were analyzed using a chi-square test. We used logistic regression in prediction of qualitative variables, and linear correlation and non-parametric regression for quantitative variables.
This study was approved by the Research Ethical Committee at Benghazi Medical Center, Benghazi, Libya.

Clinical Characteristics and Risk Factors of the Total Study Population 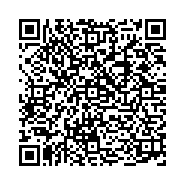