Objective: The study?s primary aim is to evaluate the neurodevelopmental outcomes of infants with Hypoxic Ischemic Encephalopathy (HIE), assessed at the age of 12 months by Bayley Infants Neurodevelopmental Screener (BINS). The secondary outcome is to examine the possible association between abnormalities on brain Magnetic Resonance Imaging (MRI) and the scores on BINS. Design: retrospective analysis of prospectively collected data. Setting: the neonatal follow up program at King Khalid university hospital. Subjects: All inborn infants, who were born between 2014 to 2018, with moderate to severe HIE and managed with Therapeutic Hypothermia (TH). Interventions: BINS assessment at the age of 12 months. Main outcome measures: comparisons between survivors and nonsurvivors based on BINS scores, and examination of potential association of hypoxic ischemic changes in MRI studies with the results of BINS. Results: 48 infants received the diagnosis of moderate to severe HIE; 8 of them (17%) expired before discharge. 16 infants (40%) have completed the study assessment; of them, 62% were at low risk for future neurodevelopmental delay, and 38% were at moderate to high risk for future neurodevelopmental delay. Hypoxic ischemic changes observed on MRI studies were found in 33.3% of patients with moderate to high-risk BINS scores, and in 20% of patients with low-risk scores.

Hypoxic Ischemic Encephalopathy (HIE) following perinatal asphyxia carries significant mortality and morbidity; its incidence is estimated to be 1-2 per 1,000 live births and is higher in developing countries. Several methods have been used as neuro protective strategies to prevent its sequels; multiple trials testing these strategies are ongoing. Therapeutic Hypothermia became a standard treatment for term and late preterm infants with moderate and severe HIE [1-4]. It has been shown that it improves survival and neurodevelopment in this population [5]. Several studies evaluated early predictors of the adverse neurodevelopmental outcome; Apgar score, cord blood gases, amplitude integrated EEG and brain MRI post-hypoxic-injury changes in HIE patients are some of these tested predictors [6-8]. However, none of them could measure the neurodevelopmental sequalae accurately. So, finding or devising a standardized screening tool, with the goal for early intervention, is a must.

The primary aim of this study is to evaluate the neurodevelopmental outcomes of infants who developed HIE, using Bayley Infants Neurodevelopmental Screener (BINS) at the age of 12 months. The secondary outcome is to examine the relation between the findings on brain Magnetic Resonance Imaging (MRI) and the BINS.

This is a retrospective study of prospectively collected data, performed in King Khalid University Hospital (KKUH) in Riyadh, Saudi Arabia. The study was approved by Institute Review Board (IRB) committee at KKUH. Infants with the diagnosis of moderate to severe HIE born between January 2014 to December 2018 were included in this study, with the exclusion of infants who were out born, and those with major congenital anomalies. All infants included were managed by therapeutic hypothermia for 72 hours if they deemed suitable for this therapy within 6 hours of birth. Patients are eligible if they had moderate or severe encephalopathy by modified Sarnat staging.

The data collected for analysis included: the status of antenatal care, maternal age, parity, maternal risk factors, mode of delivery, infant sex, gestational age, birth weight, Apgar’s Scores (AS), and cord arterial blood gas analysis. We compared these variables between survivors and non-survivors, as well as between infants with normal and abnormal BINS tests. The neurodevelopmental outcomes of infants included in the study were assessed at the age of 12 months using BINS, which is a brief neurodevelopmental screening test performed by specialized trained physicians. Based on the BINS scores (low, moderate or high), the infants’ risk to develop developmental delay in the future was considered low, moderate or high, respectively. Moreover, the predictive power of this test was assessed in terms of the long-term neurodevelopmental outcomes, which included deafness, blindness, and cerebral palsy. MRI studies were part of standard care of these infants at age of 5 to 10 days. We examined the potential association of hypoxic ischemic changes on these MRI studies with the results of BINS.

Descriptive data of the infants were collected, and comparisons made according to state of survival and scores of BINS evaluation made at 12 months results of continuous variable comparisons were reported as (median and range), whereas categorical variables were reported as percentages. P values were considered significant at 0.05 or less. The statistical analysis was performed using IBM SPSS statistics, version 22.0.

In the period of this study, 48 infants received the diagnosis of moderate to severe HIE 8 of them (17%) expired before discharge. Compared to survivors there were no significant differences in most prenatal factors, such as receiving antenatal care, parity, or gestational age. Vaginal deliveries were more likely in the infants who expired (P=0.0003), whereas deliveries by emergency CS were more likely in the survivors (P=0.008). The need for active resuscitation and the 10-minutes Apgar Scores were lower in the expired group (5 vs. 7, P=0.022). Survivors tended to have higher mean of birth weight and they were more likely to be of female sex. Additionally, a lower percentage of expired infants received therapeutic hypothermia than the survivors (50% vs. 83%).

Out of 40 patients with moderate to severe HIE and discharged from the hospital, only 16 infants (40%) have completed their neurodevelopmental assessment at age of 12 months using BINS. Of them, 10 (62%) got low scores and 6 (38%) got moderate to high scores. There were no differences in sex, birth weight and gestational age between both groups. Prenatal factors did not differ significantly between these two groups as well. No significant associations were discerned between the status of neurodevelopmental outcome and the 5-minutes Apgar scores, cord arterial blood gases, or the mode of delivery but the need for mechanical ventilation was significantly higher in infants with high BINS scores.

Although our unit’s guidelines require that all infants with moderate to severe HIE receive therapeutic hypothermia, but based on the judgment of treating physicians, two infants with low BINS scores did not receive. Hearing assessment was normal in all patients of this cohort, and none of them was blind. In all of the patient who completed their follow up, hypoxic ischemic changes observed on MRI studies performed as per unit’s guidelines were found in 33.3% (2/6) of patients with moderate to high BINS scores, and in 20% (2/10) of those performed on patients with low BINS scores (Table 1).

Table 2: BINS test in infants with HIE; low vs. moderate and high

Generally, evaluating the outcomes of HIE patients using a validated screening tool (such as BINS) at 12 months helps in detecting the neurodevelopmental deficits that require urgent interventions, such as physiotherapy or occupational therapy (Figure 1).

Figure 1: Profile of infants with HIE, survived vs. expired, %

In this study, most of the variables evaluated were non predictive of the neurodevelopmental outcomes of this population at 12 months of age. However, the surviving infants were more likely to be born through caesarean or instrumental deliveries or following induced ones; this observation raises the concern about the adequacy of the decision to proceed with vaginal birth in some of these cases. interestingly, Apgar’s scores at 5 minutes were not associated with the state of survival, nor with the BINS scores, but both 10 minutes AS and having a 5 minutes AS (<4) were associated with worse outcomes at 12 months of age. Consistent with most published research, the values of cord blood gases were not predictive of the state neither of survival nor with the neurodevelopmental outcomes. Although no clear associations were observed between the presence of co-morbidities and these outcomes, the respiratory diseases, especially those requiring invasive support, were less likely in survivors.

A non-significant difference in the rates of therapeutic hypothermia application was observed between survived and expired infants (50% vs. 83%; P=0.08), and among survivors with low vs. high BINS scores (100 vs. 90; P=0.08). This observation is most likely due to the small number of patients who completed their follow up visits and had BINS scores obtained (16/40; 40%). Certainly, a careful search for the underlying causes of this low rate of follow up is needed. We speculate that most of these drop-outs are due to infants having improved, nonetheless, other system-based difficulties have to be investigated and addressed.

Previous studies showed no correlations between hypoxic ischemic brain changes observed on MRI studies and the neurodevelopmental outcomes, so does our study; which documented no association between brain MRI findings and abnormal BINS scores.

Being a very selected sample and subject to an evaluation conducted by a single certified assessor, using a standardized screening tool (BINS), lends strength to the result of comparisons performed in this study, however, the small sample size and the low follow up rates limit the confidence in some of these results. A larger cohort with a higher follow up rate is still needed (Table 2, Figure 2).

Figure 2: Profile of infants with HIE based on BINS scores; high vs. low.

Table 1: Comparison of profile and major outcomes in infants with HIE

This analysis of neurodevelopmental outcomes of infants with moderate to severe HIE, using BINS, has reaffirmed the detrimental effect of HIE on these outcomes assessed at this age. Furthermore, it showed no clear association between hypoxic ischemic brain changes, observed in MRI studies, and abnormal BINS score. A collaborative study involving a larger cohort of infants with HIE may provide clearer answers to some of the lingering questions raised in this study. 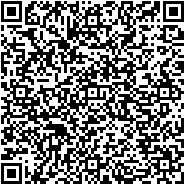