Pediatricians are the primary physicians for the majority of children in the United States (US) with psychiatric problems [1]. This is occurring in a time of increasing incidence of multiple psychiatric disorders of childhood. There is a cohort effect for childhood onset depression and bipolar disorder [2] and likely a cohort effect for ADHD and substance abuse disorders, as well [3]. Thus, every birth cohort since the middle of the past century has had an increase incidence and an earlier onset of these disorders.

In particular childhood onset bipolar disorder and its related conditions and comorbidities are occurring in the United States at a rate not previously observed. This has often been attributed to differences in diagnostic criteria, but recent reviews suggest that it is real excess of childhood onset illness in the US compared to Canada and most European countries [4-8].

This is of great consequence as childhood onset bipolar disorder has a longer delay to first treatment, and both early onset illness and the duration of delay to treatment are risk factors for a poor outcome in adulthood [9]. One could ask why there is greater incidence of early onset bipolar disorder in the US. More early onset illness in the US is consistent with greater amounts of two of its major vulnerability factors; increased genetic/familial loading [10,11] and environmentally mediated psychosocial stresses and adversity in childhood [12]. The loading of psychiatric illnesses (depression, bipolar disorder, alcohol and substance abuse, and “other” illness in bipolar patients’ parents and grandparents is higher in the US than in Europe, and is directly related to an earlier onset of bipolar disorder and to a higher level of many psychiatric disorders in the patients offspring [2]. Adversity in childhood is also a risk factor for early onset and a poor outcome in adulthood, and the combination of both family loading for psychiatric illness and abuse in childhood yield onsets of bipolar illness usually in the pre-teen years instead of on the mid twenties in those without either of these two risk factors [13]. While genetic/familial vulnerability is difficult to address, the duration of the lag to first treatment is definitely a remediable risk factor.

Thus, recognition of risk in children can begin to be addressed by taking a family history of psychiatric illness in the child’s parents and grandparents. If 1) a high family loading is accompanied by 2) a history of abuse in childhood and, additionally, 3) the presence of prodromal symptoms, the child can be considered at very high risk for a series of major psychiatric diagnoses, if not bipolar disorder itself [14]. Axelson et al. [15] followed up offspring of a parent with bipolar illness for 6.7 years and found an astonishing 74% had developed a major psychiatric diagnosis. This included a bipolar spectrum diagnosis in about 20% of the offspring and an even higher incidence of depression, an anxiety disorder, ADHD, and a disruptive behavioral disorder, such as oppositional defiant disorder (ODD). Similarly, a very high 80 percent of the children of a parent with unipolar depression are at risk for the development of a lifetime diagnosis of a major psychiatric disorder upon extended follow up over 20-30 years [16].

Equally striking is the fact than about 50% of the offspring of the non-mood disordered community controls in the US in the studies of Axelson et al. [15] and Weissman et al. [16] also developed a major psychiatric diagnosis upon follow up, indicating a very high incidence of psychiatric difficulties in youngsters even in the general US population.

Early intervention in these high risk offspring appears to be effective in warding off considerable symptomology. Miklowitz et al. [17] found that family focused therapy (FFT) was more effective than treatment as usual (TAU) in decreasing symptoms in offspring of a family member with bipolar disorder who had developed depression, cyclothymia, or bipolar not otherwise specified (BP-NOS), ie brief bursts of mania not achieving the full criteria for BP I or BP II. Other data indicate success of early psychotherapeutic treatment of anxiety and depression in children [18-21]. Thus awareness of the high risk of psychiatric illness in children in the US, especially if the family history is loaded for illness and the child has experienced adversity is an important component of early recognition and the need for treatment or referral.

Shonkoff and Garner [22] have urged that pediatricians become the guardians of children psysical and psychiatric health, especially since early adversity has long lasting effects in increasing both medical and psychiatric illness in adulthood. In busy pediatric and family medicine practices, there is often no or limited time for a psychiatric assessment. Merely asking parents about the mood and behavior of their child is a good place to start. If symptoms and dysfunction in the child’s usual family, social, or educational roles are present, further assessment is indicated.

In this regard, we suggest the utility of engaging the parents to systematically rate their child on a weekly basis. This can be done on a secure website under the auspices of a Johns Hopkins IRB approved protocol accessible at www.bipolarnews.org (click on Child Network). After completing a demographics and extended symptom questionanaire (each taking about 15-20 minutes, parents are sent each week a form for a global rating the severity of symptoms of anxiety, depression, ADHD, oppositional behavior, and mania which takes only a few minutes to fill out [4,23,24]. These ratings can then be printed out and taken to the physician or other clinician for ease of visualization of symptom course, need for treatment, and the effectiveness of any treatment given.

Having parents perform the longitudinal evaluation provides the busy clinician with ready access to longitudinal data that is crucial to evaluating illness and response to treatment. In this fashion, recognition of persistent psychiatric illness will be facilitated and appropriate steps taken for further evaluation and treatment.

In the face of early signs of difficulties, some general life style recommendations may also be helpful to the parent and the child. Encouraging the parent to foster for their child a good diet, a regimen of exercise and regular sleep schedule may be helpful. Training in mindfulness or meditation techniques has proven effective as a universal intervention, and would be warranted in a child with anxiety, depression, or behavioral disorders. As noted above referral for family therapy may be of great value. While not fully validated in large studies, in a child with early depressive symptoms there is also some support for the utility of omega-3-fatty acid supplements [25] and possibly also vitamin D3, as a very high incidence of children with major psychiatric illness are vitamin D3 deficient. The role of folic acid supplementation and the use of N-acetylcysteine, which targets mood, anxiety and substance abuse disorders in adults and irritability in children with autism spectrum disorders, remains to be further studied [26].

If the child does develop a bipolar spectrum diagnosis (cyclothymia or BP-NOS) treatment with atypical antipsychotics and mood stabilizers (including lithium, lamotrigine, valproate, and carbamazepine) that are more typical of approaches used in adults may be indicated [26-29]. Children with bipolar disorder have evidence of elevated cytokines, including Il-1, Il-6, TNF alpha, and CRP. Optimal treatment in these instances remains to be delineated, but a non-steroidal anti-inflammatory or the anti-inflammatory antibiotic minocycline may be worthy of consideration in those with such laboratory abnormalities.

When a child is diagnosed with diabetes, a whole team of diverse practionners, including physicians, nurses, social workers, dieticians, and caseworkers, is involved in education about and management of the illness. With such comprehensive care and carefully longitudinal glucose monitoring, health and marked increases in longevity have occurred. A similar recognition of the potential adverse lifelong consequences of major psychiatric illness in childhood is required, and careful longitudinal monitoring of mood and behavioral symptoms in the Child Network and building a comprehensive treatment team [30] may also be lifesaving [31,32]. 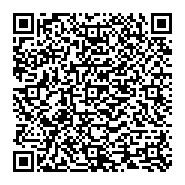