Ice hockey is a team sport that requires players to perform at high intensity for a short duration (~ 30 to 45 seconds), thereby necessitating anaerobic conditioning. Off-ice performance measures have long been used for ice hockey players however their usefulness has been debated. This has resulted from potential differences in muscle recruitment, metabolic cost, and level anaerobic conditioning to name a few.

Objective:  The purpose of this investigation was to determine if a relationship exists between off-ice and on-ice performance measures for sprint, power, and agility tests in male and female Division III ice hockey players.

Methods: 51 Division III ice hockey players (M=32; F=19) performed five performance measures for sprint, agility, and power performance (2 sprints; 2 agility; 1 power). The performance measures were the 20 and 40 yard sprints, M test, Pro-Agility, and the Wingate test. Fastest times were recorded for the 20 and 40 yard sprint tests, and the average time of two trials in each direction was recorded for the M test and Pro-Agility. Wingate peak powerwas recorded. 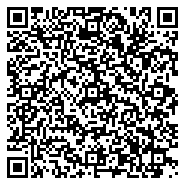