We present in this report two cases of hormone-receptor positive and HER-2/neu negative metastatic breast cancer treated in the first line setting with combination endocrine therapy and palbociclib. Case number one is that of a pre-menopausal woman who received luteinizing hormone-releasing hormone LHRH-analog (goserelin), fulvestrant and palbociclib and developed grade 3 oropharyngeal mucositis requiring interruption, dose reduction and discontinuation of palbociclib. Case number two is that of a post-menopausal woman who developed severe skin rash after treatment with anastrozole and palbociclib in whom the rash disappeared upon stopping palbociclib. Both patients developed intolerable toxicity that ended with discontinuation of palbociclib and were shifted to hormonal therapy plus ribociclib, with which those side effects did not recur. Both patients continued to have a good response to hormonal therapy plus ribociclib. We conclude from our report that cyclin-dependent kinase (CDK) 4/6 inhibitors palbociclib and ribociclib, apart from their known common toxicities such as neutropenia, have different toxicity profiles and can be safely exchanged in case of mucositis or skin rash and remain beneficial.

Over the last decade, we witnessed significant advances in the management of patients with hormone-receptor (ER and/or PR) positive and HER-2/neu negative metastatic breast cancer with the use of CDK 4/6 inhibitors in combination with endocrine therapy [1]. CDK 4/6 is a protein kinase necessary for the transition of cells from G1-to-S phase thus maintaining normal cell function and proliferation and its inhibition has proved preclinical and clinical benefit in the treatment of breast cancer [2]. Three CDK 4/6 inhibitors were studied in phase III trials and approved by the United States Food and Drug Administration (FDA) and by the European Medicines Agency (EMA) to treat hormone receptor-positive metastatic breast cancer: palbociclib, ribociclib and abemaciclib. Palbociclib was the first member of its family to show clinical improvement in progression free survival when combined to letrozole as compared to letrozole alone in post-menopausal women with a 10 months difference (20.2 m vs. 10.2 m) [3]. The three different CDK 4/6 inhibitors are recommended for patients with metastatic breast cancer as a class of drugs; however, there exists some differences in the toxicity profile among them. In the Paloma trials, in addition to the most common grade 3-4 adverse events of palbociclib that included neutropenia (54%-66%), leukopenia (19%-25%), and anemia (2%-6%), the occurrence of stomatitis and skin rash were only grade 1-2 toxicity levels; grade 3 less than 1% of the patients, and none of the patients had grade 4 toxicity [4,5]. Those toxicities were similar with ribociclib and abemaciclib. 17% of patients with ribociclib had skin rash with less than 1% grade 3 toxicity. No stomatitis reported with ribociclib. With abemaciclib, up to 15% and 11% of the patients had stomatitis and skin rash respectively, but less than 1% having grade 3 events. No reported grade 4 stomatitis or skin rash with abemaciclib [6-8]. We present two cases who developed skin rash and stomatitis toxicities while on a CDK 4/6 inhibitor and were switched to another CDK 4/6 inhibitor.

She was diagnosed to have T3 (6 cm × 3.5 cm) N1 M1 (3 bone metastasis) breast cancer. Patient was treated as oligometastatic disease in a multidisciplinary team starting with neoadjuvant chemotherapy Adriamycin 60 mg/m2 cyclophosphamide 600 mg/m2 dose dense protocol every 2 weeks, followed by weekly paclitaxel 80 mg/m2 for 12 consecutive weeks. The patient had a significant clinical improvement with decrease in the size of the breast mass. Chemotherapy was followed by modified radical mastectomy and axillary lymph node dissection. Post-neoadjuvant therapy stage was ypT1(two residual foci of 2 cm and 1.5 cm diameters) ypN3 (11/14) M1 (oligo-metastasis). After surgery, patient had radiation therapy to the breast and axilla and Stereotactic Body Radiation Therapy (SBRT) to the three metastatic bony lesions. Adjuvant hormonal therapy consisted of ovarian function suppression with goserelin and exemestane [9,10]. Zoledronic acid was continued every three months.

Two years later, the patient had back pain with a slight rise in the Ca 15.3 up to 38. PET CT scan showed progressive disease in the bone with new FDG-avid sclerotic lesions in L2, C5 and T3 vertebral bodies. Exemestane was stopped and the patient was placed on fulvestrant 500 mg d1, d14 and then q28 days with palbociclib 125 mg orally daily for 21 days and continued monthly plus goserelin 3.6 mg subcutaneous injection every 28 days [4]. After 6 days of treatment initiation, patient started to complain of mucosal ulcerations in the oral cavity with odynophagia and inability to eat or drink. Grade 3 mucositis persisted despite having one-week interruption followed by dose reduction of palbociclib to 100 mg orally daily. The second cycle had to be delayed for 10-12 days. Supportive care was given including mouth wash. Severe mucositis recurred with the second cycle even though she received the 100 mg daily dose of palbociclib from day 1 of cycle 2. As the severity of side effects did interfere with the quality of life, we decided to stop palbociclib and replace it with ribociclib while continuing goserelin and fulvestrant [11,12]. After 4 months treatment with a combination of endocrine therapy and a CDK 4/6 inhibitor, back pain decreased. Tumor marker Ca-15.3 dropped down to 35. Evaluation of disease by a PET CT scan showed interval resolution of the previously seen FDG-avid sclerotic lesion at L2, C5 and T3 vertebral bodies with increased sclerosis. The patient has received so far 6 cycles of ribociclib 600 mg daily for 21 days every 28 days without recurrence of any aphthous mucositis nor oral ulcers and with no appearance of any other drug toxicity.

A 77-year-old female patient who started to complain of pain in her right breast for the last 6 months. She reports having changes in the shape and size of her breast for the last couple of years. She had a mammography and an ultrasound that showed architectural distortion and retraction of the right upper and middle outer part of the right breast with a spiculate mass of 5 cm and a right axillary suspicious lymphadenopathy of 2 cm. A biopsy of the right breast confirmed malignancy infiltrating ductal carcinoma grade 3 with ER 3+ in 90% of the cells, PR 3+ in 10%-90% of the cells, HER-2/neu 2+ FISH negative, and Ki-67 40%. FNA of the left axillary lymph node was positive. Upon examination, the patient was fully ambulatory and had partial auto-mastectomy of the right breast; she had a lobulated breast with over a 5 cm mass laterally and a 10 cm mass medially. Breast was about 24 cm diameter with some redness in the lower part of the breast. PET CT scan showed loco-regionally advanced right breast malignancy with right lower cervical, thoracic and upper abdominal lymph nodes as well as metastasis to the right lung, pleura and bones. Stage: cT4c N3 deep M (PET).

Patient was started on palbociclib 125 mg/m2 orally daily for 21 days with an aromatase inhibitor (anastrozole 1 mg daily) [5]. Evaluation at 3 months revealed a significant clinical improvement with shrinkage of the lobulated breast masses and decrease in the size of the axillary lymph node; therefore, she was advised to continue therapy. At 5 months, patient developed diffuse non-resolving skin rash with severe itching that improved minimally on over-the-counter medications such as anti-histamine and topical corticosteroid cream. She had diffused maculopapular rash especially over the lower limbs with skin edema and peeling. She also had desquamation over the foot. Cutaneous symptoms were grade 3; thus, palbociclib was stopped. Rash started to resolve as soon as palbociclib was interrupted; it resolved completely after 10 days. As the patient had intolerable toxicity, palbociclib was replaced with ribociclib 600 mg orally daily for 21 days every 28 days in association with anastrozole 1 mg daily [13]; and even after 6 cycles of therapy with ribociclib, skin reaction did not recur and patient had further improvement in clinical breast examination. Patient had a recent PET CT scan that showed major response to treatment with mild residual activity in the right.

CDK 4/6 inhibitors in association with endocrine therapy are now the standard of care in the first-and second-line management of metastatic Hormone-Receptor positive HER-2/neu negative breast cancer. The safety profile of the three different CDK 4/6 inhibitors, palbociclib, ribociclib and abemaciclib were studied and reported extensively in the literature; however, there are no guidelines or international consensus concerning the sequential use of CDK 4/6 inhibitors in case of intolerable toxicity. There are only two case reports in the literature regarding the successful use of palbociclib after ribociclib-induced liver toxicity with continued benefit from CDK 4/6 inhibition and hormonal therapy [14,15]. Those two patients were reported to have elevated Liver Function Tests (LFTs) while on ribociclib; abnormal LFTs resolved after stopping ribociclib. Patients were re-challenged with palbociclib, and had a continued response to treatment with no liver toxicities even after 1 year.

We conclude that the sequential use of CDK 4/6 inhibitors can be done safely as a re-challenge strategy in order to be able to continue therapy with the same line of combined hormonal treatment with targeted CDK 4/6 inhibition. 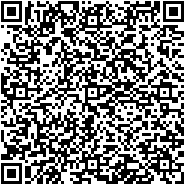