The presence of autochthonous Borrelia burgdorferi sensu lato (s.l.) in Brazil has been unproven until recently because this etiological agent has not been isolated in neither human clinical samples nor in ticks collected in probable areas of infection. However, recent studies have shown that migrating birds can transport ticks infected by bioagents between countries and continents. To evaluate serological evidence of human Borrelia-caused infections in Brazil, and to compare these data with the presence of migratory birds, and testing for spatio-temporal correlation between these two events. Spatiotemporal analysis of Lyme disease-reactive human serologies (2009-2016) and sites and times of migratory bird occurrence of in Brazil was conducted. Geographic groupings were analyzed by estimating Kernel density and Moran I Global Index. To evaluate record temporal structuring, data from months when migratory birds occur in Brazil (September to April), were compared with months of onset of symptoms clinically resembling Lyme borreliosis. Analysis of variance was performed to test whether the presence/absence of migratory birds is associated with the frequency of serologies. Results indicate a spatial association between the events (I=0.53). However, analysis of variance found no significant difference between the presence/absence of migratory birds in Brazil and the frequency of Lyme disease reactive serologies (F=0.564, df=1, p=0.456). The observed spatio-temporal pattern suggests that either translocation of infected vectors or the migration of birds with bacteremia from endemic areas may be responsible for human infections of Lyme borreliosis in Brazil. However, more research, monitoring and surveillance (human and animal) are required to support this hypothesis.

Lyme borreliosis is an infectious, zoonotic, disease caused by bacteria of the Borrelia burgdorferi sensu lato complex (B. burgdorferi sl). It is endemic to the United States and Eurasia, where ticks of the Ixodes ricinus complex are recognized as the vectors transmitting Borrelia to humans [1]. However, in other regions of the world (Australia, Africa and South America) the presence of a disease similar to Lyme-like has also been reported [2,3].

In Brazil, cases of Lyme borreliosis (locally known as Baggio- Yoshinari syndrome) have been reported since 1992, but thier epidemiological, clinical and laboratory aspects differ from the classical cases of Lyme borreliosis disease in endemic countries [4]. In addition, the causative agent of this syndrome has yet to be isolated from either human clinical individuals or from ticks captured in areas from which infections have been reported [4]. In consequence, whether there is currently both an autochthonous presence of B. burgdorferi and a possible related disease in Brazil has generated considerable scientific debate [3].

Migratory birds can broaden the geographical distributions of many pathogens, including viruses, bacteria and protozoa [5]. Studies in the USA and Eurasia have demonstrated the potential of migratory birds for spreading Lyme disease [6-8], showing that birds can expand the distribution of pathogenic borrelia bacteria [9,10].

In a survey conducted on the Gulf Coast of Mexico, the tick fauna collected from migratory birds from the Neotropical region (including ticks from birds that migrated from South America to the USA) was tested for the presence of Rickettsia species and B. burgdorferi [11]. These authors suggest that between 4 and 39 million exotic neotropical ticks are transported annually by migratory birds with uncertain consequences for human and animal health in the USA [11].

Based on this premise, we consider it possible that the reverse path of transmission may also occur, since millions of migratory birds arrive annually in Brazil and move within its borders [12], and many of these will be from North America and Eurasia, both areas where Lyme disease is endemic [1]. Our hypothesis is that the translocation of infected vectors or the migration of birds with bacteremia from endemic areas could be at least partially responsible for human Lyme borreliosis infections that occur in Brazil, but which are not yet understood.

Considering this, we analyzed human serological evidence of Lyme borreliosis in Brazil, and compared this with data on the arrival, resting and nesting areas of migratory birds within Brazil, to test whether any spatio-temporal correlation exists between these two events.

GAL-based records from the years 2009 and 2016 were analyzed; samples with information on patient´s municipality of residence were grouped, as was information on the month of symptom onset of this clinical diagnosis [3]. The strain used for the serological diagnosis of Lyme borreliosis in Brazil is B. burgdorferi sensu stricto G39 / 40, which originates from the USA [4].

In addition to place of residence, we analyzed geographical groupings of those municipalities (sub-state administrative areas equivalent the counties in the USA) with positive serological incidents using Kernel density estimation [3]. Additionally, records for symptom onset month were analyzed for seasonality.

Information on the occurrence of migratory birds was obtained from the annual report of routes and arrival areas of migratory birds in Brazil [12], produced by the National Center for Research and Conservation of Wild Birds (CEMAVE) of the Chico Mendes Institute for Biodiversity Conservation (ICMBio). Using standardized sampling (250 km2 quadrants) the CEMAVE system analyses flightways, arrival and nesting sites, data which provides systematized knowledge concerning areas in Brazil of importance for the conservation of migratory birds. These areas were compared with the location of geographical groups (hot spots) of municipalities where patients seriologically positive for Lyme borreliosis.

The Moran I Global Index was used [13], to test the spatial relationship between municipalities with reactive serology and quadrants with migratory birds, This procedure was performed with GeoDa software http://geodacenter.github.io/download.html .

Birds migrating from the northern hemisphere are present in Brazil from September to April [14,15], the southern summer. This information was superimposed on the months of recorded onset of symptoms clinically likely to be Lyme borreliosis. To test whether migratory bird presence/absence is associated with the frequency of reactive serologies, an analysis of variance was performed with a significance level of 0.05. The analysis was performed using R software (version 3.4.2) for both the entire data set, and by individual months and Brazilian states.

Using data from 2009 to 2016, 699 were classified as serologically reactive for Lyme borreliosis. High intensities of cases (hot spots) occurred in the states of Paraná, Minas Gerais, Espírito Santo, Mato Grosso do Sul and Tocantins (Figure 1). In these areas, quadrants were also observed that contained species concentrations, individual congregations and nesting sites of migratory birds (Figure 1). The two events show a positive spatial association with an I value of 0.53. Although records serologically-positive for Lyme borreliosis occurred throughout the year, such records were more common between August and October (Figure 2). A distinct pattern was observed for the State of Espírito Santo, where a higher frequency of records seropositive for Lyme borreliosis showed symptom onset in October. A discrete seasonal compatibility of the two events was observed in the data set (Figure 2). However, analysis of variance (ANOVA) found no significant difference between the overall presence/absence of migratory birds in Brazil and the frequency of reactive serologies for Lyme disease (F=0.564, df=1, p= 0.456).

Figure 2: Number of records serologically-positive for Lyme borreliosis for five Brazilian states (2009-2016), according to month of symptom onset registered in the GAL record management system, and the presence (1) or absence (0) of migratory birds in Brazil.

A spatial association was observed between the places of residence of patients serologically-positive for Lyme borreliosis and the sites in Brazilian territory where migratory birds were present. A temporal association between the frequency of reactive serologies and the presence/absence of birds was not observed. However, as more than 420 species of birds migrate regularly to the Neotropics [15], and at least 197 bird species in Brazil are known to be migratory [12], this factor may be important. Luz and Faccini [17] analyzed the ticks fauna collected in wild birds in Brazil, and report that 21 tick species belonging to four genera (Amblyomma, Rhipicephalus, Ixodes and Haemaphysalis). Although these authors did not report the presence of exotic ticks from the birds they studied, they did express concern regarding vector translocation in migratory birds between countries and continents, especially in relation to the spread of emerging diseases.

In Europe B. garinii has been detected in birds ticks [9]. The same study also showed that migratory birds are linked to enzootic maintenance of borrelias, including species and genotypes associated with Lyme borreliosis in humans. Similarly, migratory birds in Canada are responsible for the translocation of infected ticks and for participation in the epidemiology of B. burgdorferi and Anaplasma phagocytophilum [6], and of the the genospecies B. garinii and B. valaisiana in Norway [7].

The role of birds as amplifiers of tick-borne agents has also been observed for Rickettsia helvetica in Central Europe [18] and for Rickettsia spp., Coxiella burnetii and Anaplasma spp. in the Republic of Cyprus [19].

The temporal patterning of the records of this study should be investigated in a more detailed way to strengthen the current hypothesis. Methods facilitating the rapid collection of human and animal biological material quickly should be included in routine epidemiological surveillance. To achievew this intersectoral integration between government agencies is required (Ministry of Health and Ministry of Agriculture). There is currently an international commitment to conservation of migratory species [12], part of which includes planning for human and animal health, given currently known potential for propagation of zoonoses by birds [4]. Integration of appropriate data collecting into the current system of systematic monitoring of migratory birds could support gain vital information in this sphere, given that data on migratory bird populations in Brazil are highly seasonal and do not always allow for refined relational analyzes.

In addition, the temporal pattern (frequency of reactive serological tests detected from August to October) is also compatible with tickborne disease endemic (spotted fever) in Brazilian states and that this disease has been included in Differential diagnostic Lyme borreliosis [20]. Detailed investigations (carried out in a time-appropriate manner) of the probable infection sites human borreliosis cases could help gain an understanding of Lyme borreliosis occurrence, bearing in mind that the positive predictive value of this test currently used for the detection of borrelia in Brazil is low, since the disease is not endemic to the country [21].

A limitation of the temporal analysis conducted here is that some cases described in Brazil of potential borrelias infections are chronic [4], making it difficult to correctly identify the infection (tick bite) until the onset of symptoms reported in the GAL.

The data presented here are preliminary, and further work is required to fully test the hypothesis that the translocation of infected vectors or the migration of birds with bacteremia from endemic areas to Brazil could be responsible for human infections of Lyme borreliosis. However, there is initial indication that the relationship exists and the results show the need to investigate the causal relationships more thoroughly, and for an investment to be made in research and in human and animal monitoring. 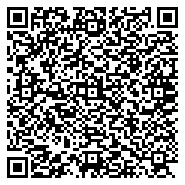