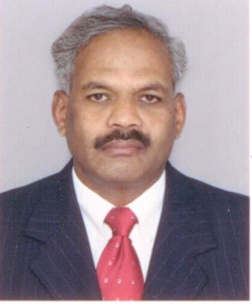 Vectors claim its importance in biological sciences, especially with relation to particular disease transmission and molecular biology aspects. Vector is any agent (person, animal, or microorganism or extra-chromosomal DNA) that carry and transmits the disease or gene into another living organism.
Global expenditure on research in understanding its biology of the vector is increasing every year due to the re-emergence of several infectious diseases including Malaria, Dengue, Chikungunya, West Nile virus, Plant related disease etc. Observing such need of latest information for the global research community and public, Vector Biology Journal is launched with the aim of dissemination of useful scientific knowledge.

Vector Biology Journal is a completely open access which is accepted timely articles from all over the world. This periodical publishes different types of articles including research articles, review, case reports, commentary, letter to an editor, mini review, opinion, short communication, book review, editorials and methodology articles on the latest updates on the subject.

The journal aims to provide a common platform to the global research community, academicians, individuals and the agencies that work on public health issues to harness and participate in a meaningful discussion on topics related to vector-borne diseases, pathophysiology. The objective of this journal is to spread awareness on the subject that will be beneficial to the mankind.

Vector Biology Journal majorly considers the following topics mentioned in the following section but the journal is not limited to such topics. The Vector Biology Journal focuses on the theme of taxonomical studies of organism which are responsible for the causing diseases and understanding the biology of the vectors, vector competence and biological control of vector, vector–parasite interaction, epidemiology, parasitology, surveillance, technology involved in controlling of vectors and biopesticides, insecticides in vector controlling management, to study of relation between the reservoir host and vector host, genomics and proteomics studies associated with vector biology.

Vector Biology follows a double blind peer reviewed policy and review process is performed by editorial board members of the journal and two other research eminent. At least two independent reviewers approval followed by the editor decision is mandatory for the acceptance of any citable manuscript.

Submit your manuscript at https://www.scholarscentral.org/submission/vector-biology-journal.html

In biological term, a pathogen term often used for the agents to which disrupt the normal function of the any organism that can produce disease. Typically the term is used to describe an infectious agent such as a virus, bacterium, prion, a fungus, or even another micro-organism.

Vector is a carrier, which carries the parasitic agents. For example, malaria mosquito serves as the vector that carries and transfers the infectious agent (Plasmodium), injecting it with a bite and spread the diseases. Vector only acts as a source for transmission of the diseases.

The parasite-host response is the process by which a host interacts with and responds to parasites that it encounters. It includes various mechanisms, including immune mechanisms that are elicited in an attempt to eliminate the parasite or halt its growth.

Vector competence is an evaluation of the vector’s capability (mechanism) to transmit a pathogen. The molecular characterization of genes that influence vector competence is becoming routine, and with the development of the Sindbis virus transducing system, potential antipathogen genes now can be introduced into the mosquito and their effect on parasite development can be assessed in vivo.

Vectorial Capacity is a measurement of the efficiency of vector-borne disease transmission.Vector competence is an evaluation of the vector’s capability (mechanical or biological) to transmit a pathogen. Therefore, vector competence is actually an additional component of vectorial capacity.

Vector-Parasite Interaction is quite similar to host-virus interaction which helps to investigate the contribution of understanding the genetic variation of some mosquitoes better than others at transmitting malaria parasites to humans.

Vector Ecology has a primary emphasis is on the epidemiology of vector-borne diseases and the bionomics, control of disease vectors. Ecology of vector helps to plan and implement prevention and control measures to protect deployed forces from disease, injury, and annoyance caused by vectors and pests.

Vector-borne diseases are infections which are transmitted by the bite of infected arthropod species acting as a vector, such as mosquitoes, ticks, triatomine bugs, sand flies, and blackflies. Arthropod vectors are cold-blooded (ectothermic) and thus especially sensitive to climatic factors.

Malaria is a mosquito-borne infectious disease of humans and other animals caused by parasitic protozoans. 2013 an estimated 198 million cases register of vector-borne diseases worldwide and 500,000 people died, mostly children.

Tick-borne diseases, which carry the pathogen that can cause humans diseases which are transmitted through the bites by ticks. Tick-Borne Diseases

Dengue fever is a disease caused by a family of viruses that are transmitted by mosquitoes. Symptoms include severe joint and muscle pain, swollen lymph nodes, headache, fever, exhaustion, and rash. The presence of fever, rash, and headache (the "dengue triad") is characteristic of dengue fever. Dengue is prevalent throughout the tropics and subtropics.

Chikungunya is a viral disease transmitted to humans by infected mosquitoes. It causes fever and severe joint pain. Other symptoms include muscle pain, headache, nausea, fatigue and rash.Chikungunya outbreaks are usually recorded within an interval of 7-8 years. Between 1960 and 1980 a number of outbreaks were reported from Asia and Africa. It made a comeback in recent years and is now being reported regularly from India, Indonesia, Maldives and Thailand. In 2006, a large outbreak of Chikungunya was reported from La Réunion Island (France) with estimates of over 100,000 people infected and 200 deaths. In 2010, many cases were reported from Delhi. Due to its non-fatal nature, a large number of Chikungunya infections go unreported.

Integrated Vector Management is a rational decision-making process for the optimal use of resources for vector control.The most frequent type of vector control is mosquito control using a variety of strategies.Vector control focuses on utilising preventative methods to control or eliminate vector populations.

Entomological surveillance is used to determine changes in the geographical distribution and density of the vector, evaluate control programmes, obtain relative measurements of the vector population over time and facilitate appropriate and timely decisions regarding interventions. A Review on the Primitive Strains of Coronavirus: Mers-Cov, Sars- Cov_1, their Epidemiology, Diagnosis and Biochemistry