Purpose: To evaluate short-term outcomes following fibular shaft osteotomy (FSO) for knee osteoarthritis.
Methods: We retrospectively reviewed data from 15 patients (20 knees) undergoing FSO between April 2016 and April 2017. We measured the ratio of bilateral distances of the knee compartment (Rd) pre- and post-FSO, and conducted clinical evaluations using a visual analog pain scale (VAS) and the Knee Society Score. In addition, operation time, blood loss, and length of hospitalization of FSO patients were compared with those of 17 patients (20 knees) undergoing total knee
arthroplasty (TKA).
Results: Rd showed a non-significant increase from a mean of 0.32 pre-FSO to 0.50 post-FSO (p=0.056). However, VAS was significantly decreased (mean of 7.72 pre-FSO versus 1.89 at 48 h postoperatively, p=0.000) and average pain, knee, and functional scores were all significantly increased. Compared with TKA, operation time and length of hospitalization were significantly shorter with FSO (respectively, 131.3 versus 55.3 min, p=0.000; and 11.72 versus 5.76 days, p=0.000), and blood
loss was significantly lower (16.0 versus 122.22 ml, p=0.000).
Conclusion: FSO has an instant pain-relieving effect and is associated with rapid patient recovery. The use of FSO might be one step of staircase therapy for knee osteoarthritis.

Patients are increasingly presenting with unicompartmental knee arthritis at an age and activity level that are less than ideal for total knee arthroplasty (TKA) [1]. For isolated medial unicompartmental knee osteoarthritis (OA), both unicompartmental knee arthroplasty and high tibial osteotomy are viable options [2-5]. Most clinicians would likely agree that either technique would be appropriate in active, non-obese patients, aged 60-65 years, who have well-preserved joint alignment (less than 5-10 degrees varus), stability, and range of motion, and a lack of significant patella femoral and/or contracompartmental OA. However, for these patients making up an increasing proportion of OA patients and, with their higher expectations for pain relief and function rehabilitation, it might be better to be treated with more minimally invasive techniques.

Patients with conditions other than isolated FT medial OA, such as rheumatoid arthritis, ligament injuries (posterolateral corner injury of the knee and anterior cruciate ligament injury), developmental deformity of the knee, or malunion of a proximal tibial fracture, were excluded from this study. Patient demographics are shown in Table 1.

All patients undergoing FSO were treated with the same protocol. At 1 h before surgery and every 12 h postoperatively for 48 h, each patient was given a prophylactic intravenous injection of cefuroxime sodium (1.5 g). All FSO procedures were performed using a 5 cm longitudinal skin incision, 10 cm distal to the fibular head. Through the space between the musculus peroneus brevis and the longus, the fibula shaft was exposed and a 1-1.5 cm defect was made using a goose saw.

After the osteotomized bone block was removed, two holes of 2.5 mm diameter were made 0.5 cm adjacent to the proximal and distal ends of the defect. One nylon suture (1.0 mm diameter) was passed through the two holes and tied tightly. The incision was closed using an interrupted suture. Wound drainage strips were applied for 48 h. All patients received a single intravenous dose of analgesic (100 ml flurbiprofen) at 2 h postoperatively. All patients were allowed to walk with full weight-bearing after the surgery.

X-ray evaluation was performed by measuring the distance ratio (Rd) in pre- and postoperative standing full-limb anteroposterior (AP) radiographs. As described previously by Lee et al [6], we obtained standing full-limb AP radiographs on a 14×51 inch (36×130 cm) grid cassette at a source-to-image distance of 240 cm using a UT 2000 Xray machine (Philips Research, Eindhoven, The Netherlands) set to 90 kV and 50 mA/s. To control the rotational position of the AP radiograph, the foot rotation angle was held constant with a reference foot template on the platform of our plane radiographic system. In addition, the appropriate knee position (patellar facing forward) was confirmed using a preview monitor before final acquisition of the whole-limb AP radiograph.

All radiographic images were digitally acquired using a picture archiving and communication system (PACS). The images were assessed using a 24 inch (61 cm) monitor (U2412 M; Dell, Round Rock, TX, USA) in portrait mode using PACS software (Infinite, Seoul, Korea), which allowed the investigator to detect the bisecting point of any area on the femur or tibia and to measure the angle between any two lines drawn on the digital image. The minimum differences that the software could detect were 0.1 mm in length.

For X-ray measurement, we first drew a vertical line (line a) laterally to the knee joint, and then found the nearest point to line a (point A) in the lateral edge of the femoral condyle. We then drew a line segment AB perpendicular to line a, which had a crossover point B with the medial edge of the femoral condyle. The line segment AB was divided into 10 equal parts by nine points (points 1-9). Two vertical lines (CD and EF) were drawn separately from points 2 and 8, and had four crossover points (points C, D, E, and F), with a bottom margin of the femoral condyle and top margin of the tibia plateau in the lateral and medial compartments, respectively (Figure 1).

Figure 1: Schematic diagram of an X-ray measurement in an AP view of a Kellgren–Lawrence grade 3 knee before FSO. Rd was defined as the ratio of the distance of line segment EF to line segment CD.

The KSS, which is one of the most frequently used measures in knee orthopedics, is subdivided into three scores: the KSS pain score (KPS), the KSS knee score (KKS), and the KSS functional score (KFS) [8]. The KPS rates pain only. The KKS rates pain, stability, and range of motion, allotting a maximum of 100 points to a well-aligned knee with no pain, 125° of flexion, and negligible AP and mediolateral instability. The KFS rates a patient’s ability to walk and climb stairs, with a maximum score of 100 points attained by walking an unlimited distance without aids and climbing stairs without using a handrail [8].

We also retrieved and compared data on operation time, blood loss, and length of hospitalization between the FSO group and 17 patients who had undergone TKA during the same time period.

All statistical analyses were performed using SPSS for Windows (Version 13.0; SPSS, Chicago, IL, USA) and p values <0.05 were considered significant. Values of Rd, VAS, KPS, KKS, and KFS were compared before and after FSO using a paired t-test. Values of operation time, blood loss, and length of hospitalization were compared between FSO and TKA using a one-sample t-test.

Rd showed a non-significant increase from a mean ± standard deviation of 0.32 ± 0.27 preoperatively to 0.50 ± 0.15 after FSO (p=0.056). At postoperative 48 h, VAS scores were significantly decreased and, as patients were followed, the values of KPS, KKS, and KFS significantly increased (Table 2).

FSO, once only one of several steps performed during lateral closing-wedge high tibial osteotomy for management of the varus knee [9], has not previously been reported as a method of treating isolated FT medial OA of the knee. The aim of this study was to demonstrate the use of FSO alone for relatively younger patients with isolated medial unicompartmental knee OA. The technique was evaluated by X-ray analysis, VAS, and KSS. The primary findings of this study were: (a) on X-ray evaluation, the ratio of the width of the medial interval to that of the lateral interval was found to be significantly higher after FSO; and (b) patients experienced significant improvements in KSS and VAS scores after FSO. This study represents a preliminary evaluation of FSO for isolated FT medial OA of the knee.

The most important finding of our study is that, during a short-term follow up, FSO could effectively alleviate a patient’s knee pain and enhance quality of life. Interestingly, patients reported significantly decreased VAS scores for knee pain at 48 h postoperatively; that is to say, FSO almost instantly relieved knee pain. Why might this surgical technique achieve instant pain relief? This question drove us to take changes of alignment into consideration because, to the best of our knowledge, mechanical changes might induce instant effects. We hypothesized the following.

As we know, in the human body, the fibula is not a completely degenerative tissue because it can still bear at least one-sixth of our body weight [10,11]. According to the theory of force reaction, this one-sixth of body weight (W1/6) can be reversely conducted along the fibula, from the lateral ankle to the proximal TF joint.

The force perpendicular to the horizontal line can be balanced by force from above. To balance Fp, the body might have to make some changes in alignment, one of which might be knee varus. Through knee varus, a force might be created from the articular surface of the femoral medial condyle to that of medial tibial plateau (Fa), which is commonly directed laterodistally. Fa can decompose into Fpʹ, which might be a balancing force against Fp, and Fq, which might be a cause of degeneration (Figure 2). In our study, Fp might have diminished instantly after FSO, with Fpʹ and Fq diminishing at the same time. This, in turn, might have caused the alleviation of the patients’ pain.

The other advantage of FSO, as compared with TKA, is its minimally invasive property. In this study, we compared the operation time, blood loss, and length of hospitalization between FSO and TKA. Our data revealed that, compared with TKA, FSO significantly decreased each of these variables, indicating that FSO is a more tolerable surgery for relatively younger patients. Although the longterm outcomes following FSO are currently unknown, patients receiving FSO can still undergo TKA, and FSO might be helpful in postponing this surgery.

This study had limitations. First, the follow up was short term. Second, we did not record comparative data between FSO and other surgical techniques, such as TKA, unicompartmental arthroplasty, and high tibial osteotomy. Third, the number of patients was limited. Fourth, this was a single-center study; multicenter randomized controlled trials should be considered for future studies. Finally, the hypothesis described above should be verified by biomechanical and finite analyses.

Nevertheless, this is the first clinical study to investigate short-term outcomes following FSO for the treatment of isolated FT medial OA. Results from the 4.5-month follow up lead us to conclude that FSO is effective and more tolerable than more invasive techniques. The use of FSO might be one step of staircase therapy for knee osteoarthritis. Additional investigations need to be performed to further evaluate this technique. 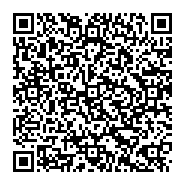