The Effect of Electrical Stimulation Cueing in a Competitive Powerlifter with Shoulder Pain and Scapular Dyskinesis: A Case Study

Background: Shoulder conditions are a common musculoskeletal complaint. The presence of scapular dyskinesis has been shown to result in 43% increase in shoulder pain in athletes. It is known that peripheral ES changes muscle behavior. There are no studies that examine exercise with triggered ES to the lower trapezius, to address shoulder pain and scapular dyskinesis.

Methods: The purpose of this case study was to demonstrate that specific parameters with triggered ES, combined with 3 exercises, would result in meaningful improvement in shoulder function and pain in a 22-year-old powerlifter with chronic shoulder pain and scapular dyskinesis. The patient received 6 treatments of trigger switch cued ES and exercise plus four manual therapy sessions. A biphasic-pulsatile current was used. The frequency and pulsewidth were 25 pps and 250 usec, respectively. The intensity was comfortable and produced scapular retraction.

Conclusion: Trigger switch ES and 3 exercises, plus traditional manual therapy, resulted in improvement in all self-report outcome measures and a change in thoracic spine to scapula distance in a patient with shoulder pain and scapular dyskinesis who had failed to improve by traditional physical therapy.

Shoulder conditions are a common musculoskeletal complaint [1]. The presence of scapular dyskinesis has been shown to result in 43% increase in shoulder pain in athletes [2]. There is a body of evidence that shows an association between scapular dysfunction, and shoulder pain [3-8], across a variety of shoulder pathologies [9,10], and specifically associated in the overhead athlete [11].

Electrical stimulation is one intervention to restore normal recruitment timing of muscles, in this case the LT. Electrical stimulation results in consistently positive outcomes for various orthopedic and neurologic patient populations, [15-19] and peripheral ES changes muscle behavior [19-22]. Although research outlines positive therapeutic outcomes associated with ES, [16,23- 27] ES to restore hypoactive LT muscle in the case of a patient with chronic shoulder pain and scapular dyskinesis, is unknown to these authors. The addition of ES to voluntary muscle contraction has positive outcomes in the normalization of muscle control [22,28].

The purpose of this case report is to present a novel treatment intervention for an individual with scapular dyskinesis and chronic shoulder pain resulting in an inability to participate in powerlifting. The exact dosing and application of the ES is novel. This case study used ES delivered via trigger switch added to exercise (ESTherex), in order to promote neuroplastic changes created by both central nervous system (CNS) and peripheral nervous system (PNS) mechanisms [18-19,29].

A physical therapy evaluation was completed; findings are summarized in Table 1. The patient had a positive Scapular Dyskinesis Test (SDT) [14]. The neurologic screen did not indicate peripheral nerve pathology however indicated generalized difference in left upper extremity myotome assessment and positive upper limb tension all of which were resolved during the course of the treatment. The patient also had positive scapular abduction syndrome [30] with excessive humeral internal rotation.

Thoracic spinous process to inferior scapular angle distance (TSS) was measured at 0, 45, 90, and 120 degrees of shoulder abduction. Measurements were taken at treatment one of the six ESTherex intervention treatments. Measurements were also taken at the end of the ESTherex protocol during visit number six of six, and 2 weeks after ESTherex had been completed (Table 2).

Three exercises were selected based on electromyographic findings reported by Cools et al. of exercises that promote low upper trapezius to high lower trapezius (UT/LT) muscle activation patterns (Figure 1). The subject received ES to the lower trapezius using a remote trigger switch that was coordinated with the initiation of active muscle contraction by the subject [31]. The frequency and pulse width were 25 pps and 250 usec respectively. The intensity was high enough to produce visible scapular adduction and depression, but comfortable to the subject. Each exercise was performed 3 sets of 15 repetitions with complete rest for 1-minute between exercise sets.

The subject reported the following pain free functional improvements at the end of the treatment protocol: able to lift heavy weights, able to return to power lifting (heavy free weights), and able to participate in a Tough Mudder obstacle race. Left lateral shoulder pain decreased to 1/10 (Table 4). The subject’s complaint of N/T was resolved. Left shoulder PROM was returned to full and pain free (Table 1). Minimally clinically importance difference cut-off scores were met for all self-report outcome measures at post measurement one (PM1) and continued at post measurement two (PM2). The Quick Dash Disability score improved from 38.6% disability to 2.27% disability with a 36.33% improvement. Both the Quick Dash Work and Sport subscale score improved to 0% disability (from 6.3% and 37.5% respectively). The Numeric Pain Rating Scale (NPRS) score improved from 9/10 to 1/10 by PM2. The Patient Specific Functional Scale (PSFS) average improved from 3.7 to 8.3 with improvement in individual scores as follows: 4 to 8 for powerlifting, 4 to 9 for sleeping supine, and 3 to 8 for left side lying flexibility.

The thoracic spine to scapula (TSS) distance changed at all abduction angles by PM2. Of note is the TSS distance change at 45 degrees abduction at PM1 which was negligible but was markedly increased at the 2 weeks follow up after ESTherex treatments had been completed. The most notable change in TSS distance occurred at 0 degrees abduction (rest) at both PM1 and PM2 with TSS difference of 0.7 cm. and 0.8 cm respectively. Interestingly however, by PM2, all TSS measurements changed to within 1.2 cm at all abduction angles in spite of baseline TSS measurements ranging from 8.8 to 13 cm from the spine (Table 2).

Left shoulder PROM improved to equal the non-involved side (right) at the end of the treatment protocol. The subject’s complaint of pain improved from 9/10 to 3/10 at PM1 and 1/10 at PM2 (Table 4), and continued to improve after the cessation of treatment to pain free (0/10) as per patient report. All self-reported functional outcome scale scores met and exceeded clinically important differences (Table 4).

Thoracic spine to scapula distance changed at all abduction angles by PM2 with a trend of TSS distances increasing (or decreasing) toward a median range TSS distance of 10.5 to 11 cm. The greatest TSS distance change occurred at 45 degrees with the TSS at baseline of 8.3 cm, increasing to TSS of 10.5 cm by PM2. The changes in all TSS distances may suggest less aberrant baseline position of the scapula resulting in an improvement in PROM, self-report outcomes, pain and function.

At all angles except one (120 degrees) there was an increase in TSS distance from baseline to PM1/PM2. However, at PM1 and PM2 there was a decrease in TSS distance. This is important because the lower trapezius recruitment is greatest at angles higher than 90 degrees and maximal recruitment occurs at 120 degrees [32]. Electrical stimulation cueing of the LT may result in a change in TSS distance at 90 to 120 degrees and this is important because it may indicate that the nervous system is re-establishing normal LT firing that was previously dominated by UT hyperactivity.

The purpose of adding ES to this patient case was to provide peripheral and central nervous system input to improve lower trapezius muscle function. It is hypothesized that the addition of trigger switch ES resulted in an improvement in scapular position (normalized TSS) and improved LT function and strength as demonstrated by improved manual muscle test, improved self-report outcome scale scores and decreased pain. Carefully prescribed triggered ES, combined with low UT to high LT ratio exercise, may promote an electrically evoked sensory volley during the simultaneous voluntary muscle contraction, that result in a central nervous system contribution [29].

Electrical stimulation cueing of the LT at 90 to 120 degrees is important because it provides nervous system input (peripheral and central) for a maladaptive hypoactive lower trapezius [6,8,12,14,23]. The trigger switch cue allows for an application with perfect timing and duration during the deficit muscle recruitment pattern [14].

This case demonstrates the use of ESTherex with trigger switch cueing, and correct ES parameter selection, to promote selective activation of the LT muscles for a muscle contraction that does not ablate a sensory volley, as a possible efficacious treatment to facilitate maximal neurologic reorganization in a subject with chronic shoulder pain and scapular dyskinesis.

This case study included multiple treatment interventions that may have contributed to the positive patient outcomes. Investigators assumed lower trapezius hypoactivity, not weakness, because the ESTherex protocol did not work the muscle at 80% of one maximal voluntary isometric contraction. Results from this case should be interpreted with care. This case study provides justification for future randomized controlled studies that compare ESTherex to ShamTherex in subjects with shoulder pain and scapular dyskinesis. Furthermore, this case provides a follow up to the pilot study by Walker et al. [33] that compared ESTherex to Sham ESTherex in a subject with scapular dyskinesis without shoulder pain. 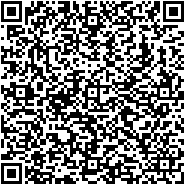