For cancer patients receiving chemotherapy, nausea and vomiting have long been the most severe and problematic side effects. Untreated nausea and vomiting brought on by chemotherapy can affect patients' everyday lives, interfere with treatment plans, and cause metabolic problems, dehydration, nutritional depletion, and esophageal rips. Chemotherapy-related nausea is still an issue, despite the widespread use of antiemetics. Unlike vomiting, which is a subjective and observable phenomena, nausea cannot be accurately diagnosed or treated. According to recent studies, the best approach to managing nausea brought on by chemotherapy is to treat the symptoms as they first appear rather than waiting until they become severe. This review emphasizes evidence-based approaches to treating nausea brought on by chemotherapy. Despite the better efficacy and increased survival afforded by contemporary treatments, the side-effects and long-term squeal of anti-cancer chemotherapy continue to be a significant cause of concern for both patients and clinicians. Current treatments for chemotherapy-related side effects are generally ineffective, routinely ignore potential long-term consequences, or even cause new side effects that only make patients feel worse. The present Research Topic concentrates on this topic and identifies various areas of advancement. New methods to increase tolerance and decrease side effects of cancer chemotherapy are urgently required.

Among the most dreaded side effects for cancer chemotherapy patients are nausea and vomiting. Although most patients respond well to existing therapies for acute Chemotherapy-Induced Nausea and Vomiting (CINV), delayed CINV is more challenging to treat. The pathophysiology, incidence, and current treatments for delayed CINV emphasise that, even when acute CINV is properly handled, this symptom is commonly underestimated and frequently poorly controlled. One of the crucial stages in the emergence of delayed CINV is the production of substance P and its impact on Neurokinin-1 (NK-1) receptors. Nausea is rated as chemotherapy's most upsetting side effect by cancer patients. Despite the widespread use of antiemetics, up to 70% of adult patients receiving moderately and highly emetogenic chemotherapy drugs and 58% of children and adolescents getting very emetogenic chemotherapy continue to report chemotherapy-induced nausea. Currently, antiemtics, particularly serotonin (5-HT3 receptor antagonists), are the gold standard of treatment for chemotherapy-induced nausea. Antiemetics are clincally helpful against emesis but not nausea, according to a study, though.

Successful therapies have been those that are administered prophylactically before chemotherapy to stop nausea and/or vomiting from starting. After the trauma of chemotherapy, interventions for nausea are useless. Clinical studies have also demonstrated a correlation between acute chemotherapy-induced nausea and vomiting control and delayed nausea and vomiting control. The subjective and immeasurable phenomena of nausea are the result of a brain-gut link. The spinal cord lacks the neuronal innervation that the gut does. The most accurate way to quantify nausea, which differs from vomiting, is via selfassessment instruments like diaries and visual analogue scales. The majority of antiemetics are antagonists for neurotransmitter receptors in the stomach that are intended to prevent these receptors from signalling emesis. The biochemical process for nausea most likely involves certain gut neurotransmitters, such as serotonin, neurokinin, and dopamine, even though antiemetics do not totally control nausea symptoms. Severe nausea has previously been associated with the following risk factors: feminine gender, young age, chemotherapy regimen prescribed, vomiting during prior chemotherapy, as well as patient's expectation of nausea. Those who thought they would have severe nausea following chemotherapy were five times more likely to do so than those who didn't think they would.

Anticipatory, acute, and delayed nausea are the three subtypes of nausea brought on by chemotherapy. In between 8% to 20% of patients, anticipatory nausea develops before the initiation of chemotherapy in preparation for the treatment. Approximately 20% of patients during any given chemotherapy cycle and 25% to 30% of patients after the fourth chemotherapy cycle express anticipatory nausea. The degree of emetic control in the previous cycle may help to explain why the incidence of anticipatory nausea in two trials of children ranged from 15% to 54%. Anticipatory nausea that has already happened has never been successfully treated with pharmacologic medications. The behavioural technique of systematic desensitization, on the other hand, has the potential to be successful but is rarely used in medical settings. Acute nausea follows chemotherapy treatment within 24 hours; delayed nausea follows chemotherapy treatment over the next 24 hours and for up to 5 days. The majority of patients report the worst nausea on the first day of chemotherapy, and if they don't have it on Day 1, they are less likely to have it on future days. About 50% to 80% of patients experience delayed nausea, which is frequently linked to highly emetogenic chemotherapy regimens like doxorubicin and cisplatin. Delayed post-chemotherapy nausea and vomiting are challenging issues since they frequently don't appear until after the patient has left the treatment facility, are frequently underreported, and are difficult to treat with the antiemetics that are now on the market. Overall, there is still an opportunity for improvement in the management of nausea brought on by cancer chemotherapy. Additionally, there is evidence that certain current antiemetics have serious side effects, including drowsiness, extra-pyramidal side effects, hypotension (linked todopamine antagonists), headache, diarrhoea, or constipation (associated with 5-HT3 receptor antagonists). Any replacement or supplementary antiemetics should have the absence of clinically relevant side effects as a desirable property. When used with standard antiemetics, two noninvasive and nontoxic therapies have so far shown promise in controlling chemotherapy-induced nausea. Combining serotonin (5-HT3) receptor antagonists, a steroid (dexamethasone), and a neurokinin-1 (NK1) receptor antagonist is the most widely used treatment for chemotherapy-induced nausea and vomiting brought on by moderately and highly emetogenic regimens (aprepitant). The serotonin (5-HT3) receptor antagonists, such as ondansetron (Zofran®), granisetron (Kytril®), dolasetron mesylate (Anzemet®), and palosetron, are the most widely used antiemetic’s. During the first cycle of cisplatin-based chemotherapy, 66% to 78% of patients were protected from emesis and 50% from nausea by the ondansetron, dexamethasone, and aprepitant regimen. Antiemetics for serotonin (5-HT3) do not appreciably lessen delayed nausea and emesis. Dexamethasone and aprepitant are advised against delayed nausea and emesis, in contrast. Dexamethasone is the most effective antiemetic for preventing delayed nausea and vomiting, according to studies. Aprepitant also improves the effectiveness of dexamethasone and serotonin (5-HT3)antiemetic regimens to lessen acute and delayed chemotherapyinduced nausea and vomiting during highly emetogenic regimens, such as cisplatin. Dopamine, cannabinoid, histamine, and cholinergic receptors are other neurotransmitter receptors in the gut that antiemetic drugs target. Metoclopramide and metopimazine are two antiemetics’ that primarily function as rescue medications because they are dopamine receptor antagonists. Cannabinoid receptor agonists have demonstrated antiemetic efficacy, however, their usage is restricted due to their link to serious side effects. Antihistamines and anticholinergics are beneficial against motion sickness, but they have little effect on nausea and vomiting brought on by chemotherapy.

In traditional Chinese medicine, acupressure has been used for generations to treat nausea and vomiting. Acupressure includes stimulating the Pericardium 6 (P6) acupoint, which is situated on the front of the wrist between the flexor corpi radialis and palmaris longus tendons. When used in conjunction with conventional antiemetics, acupressure dramatically reduced acute chemotherapyinduced nausea, according to a meta-analysis. Common P6 stimulation techniques include wristwatch-like devices with an implanted stud and an elastic band, such as Relief-bands® or Seabands®. The statistics are not definitive, despite the fact that the total effect of acupressure strongly implies benefits against immediate and delayed chemotherapy-induced nausea. According to studies, treating the symptom before it manifests is crucial for preventing or lessening nausea. Ginger and other pre-chemotherapy therapies have been successful in treating nausea brought on by chemotherapy. The patient can get ready for chemotherapy and may experience less anxiety if interventions are started a few days prior. The patient feels more in control of the problem because of the preventative approach. Antiemetic medications might combat nausea better if administered one or two days prior to treatment. Granisetron (5-HT3) receptor antagonist antiemetic, which is frequently prescribed (Kytril®), is one example. It is currently offered as a transdermal patch (Sancuso®, ProStraken, Inc.). One to two days prior to chemotherapy, patients apply the patch, which they leave on for a total of five to seven days. Sancuso® has been shown by ProStraken, Inc. study to be more effective than the currently used antiemetics in treating chemotherapy-related nausea.

Although Sancuso® has received Food and Drug Administration (FDA) approval; it is not yet widely accessible in clinic settings.

Additionally, combination therapies have proven to be the most successful remedies for chemotherapy-related nausea. Recent studies have shown that the anti-psychotic drug olanzapine, which blocks a number of receptors including those for dopamine, serotonin, muscarine cholinergic, adrenergic, and histamine, is effective against both acute and delayed nausea and vomiting when taken on Day 1 along with palonosetron and dexamethasone. Two noninvasive, low-cost methods, ginger supplementation and acupressure, have been identified by promising and in-depth research studies as helping to reduce nausea and enhance quality of life in cancer patients receiving chemotherapy. The biology of chemotherapy-induced nausea is complicated and is still not fully understood, despite the fact that there have been numerous medical improvements in the area of chemotherapy-induced nausea and vomiting. To further comprehend the mechanism and achieve total control of chemotherapy-induced nausea, more clinical trials are necessary.

Additionally frequent and sometimes dangerous for patients are other gastrointestinal adverse effects of cancer chemotherapy. In their analysis, mucosal harm caused by cancer treatment: its pathobiology and management. Localized ulceration and discomfort are potential side effects of oral and gastrointestinal mucositis, which can also raise the risk of sepsis and induce anorexia, malabsorption, weight loss, anaemia, and weariness. It is significant to remember that, despite extensive earlier study on oral mucositis, there is still a lack of safe and efficient preventive measures and therapies. This underlines the fact that mucosal injury most likely contributes to other gastrointestinal problems brought on by chemotherapy and likely represents the complexity of the pathobiology of gastrointestinal mucositis.

Chemotherapy-Induced Constipation (CIC) and Chemotherapy-Induced Diarrhea (CID), both of which are prevalent and may call for dose reductions, postponements, or even the end of treatment, respectively. Dehydration and an electrolyte imbalance in CID make it potentially lethal, and current treatment options include rehydration, loperamide, and octreotide. Pre-clinical and clinical research on novel CID therapies is mentioned, though. These include cannabinoid agonists, calcium-activated chloride channel blockers, glucuronidase inhibitors, antibiotics, and probiotics. The researchers further stress that CIC is more widespread and severe than is generally thought. One common cause of CIC is the overuse of anti-diarrheal medications for CID, but the exact mechanisms by which it occurs are unknown. Laxatives and certain prokinetic medications are frequently used as current therapy. The profile of toxicities linked to well-established drugs, like platinum-based chemotherapies, is constantly expanding due to the increased usage of anti-cancer treatments in various patient populations. As an illustration, consider the prevalence of carboplatin hypersensitivity reactions in kids receiving treatment for solid tumours like low-grade gliomas. The prevalence rises with more infusions rather than just the quantity of the medication, and those at higher risk include younger children, girls, and people with additional allergies. Cisplatin, another platinum-based chemotherapy, may make cancer survivors more susceptible to cardiovascular disease. 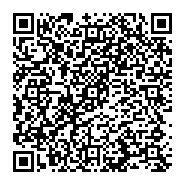