Background: Since 1989, former Soviet Union (FSU) emigration policy allowed millions of people to exit to western countries. Method: This study examined FSU immigrants and their impact on Israeli illicit drug problems reported by police using a method of exploration and estimation suggested by the United Nations Office on Drugs and Crime. Result: Findings show the country’s illicit drug related police reports from 1989 to 2010 largely attributed to FSU immigrants. Conclusion: Many FSU immigrants have contributed to the country’s growth and development. However, others have cost the country to allocate limited resources to address their drug related criminal activity as well as prevention and treatment services. Further research is needed to validate these findings and to understand the advantages and disadvantages of large scale immigration policy to the absorbing nation. 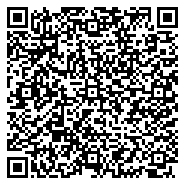