Anti-N-methyl-D-aspartate Receptor Encephalitis (NMDA-RE) is rare autoimmune encephalitis, which classically has been associated with ovarian teratoma but rarely with concomitant viral encephalitis1. We present the first reported case of NMDA-RE with a dual trigger of ovarian teratoma and Varicella Zoster Virus (VZV) encephalitis.

Anti-N-methyl-D-aspartate Receptor Encephalitis (NMDA-RE) is rare autoimmune encephalitis, which classically has been associated with ovarian teratoma but rarely with concomitant viral encephalitis1. We present the first reported case of NMDA-RE with a dual trigger of ovarian teratoma and Varicella Zoster Virus (VZV) encephalitis.

A 33-year-old female with no known past medical history was admitted to an Outside Hospital (OSH) for rhythmical shaking and stiffening of upper and lower extremities, preceded by unconsciousness and foaming at the mouth for approximately 7 to 8 minutes. Her CT head did not show any potentially explanatory pathology. She was treated for seizures and discharged home. She later started to have auditory and visual hallucinations. She was taken to the OSH again where an MRI brain was done, following which she was discharged. At home, she continued to have hallucinations progressing to agitation, verbal perseveration, and confusion. She had another seizure lasting 3 to 4 minutes for which she was brought to our hospital by her husband.

The patient was not alert or oriented to the surroundings and she was not following any simple or complex commands. The neurological examination was nonfocal except for her agitated behavior requiring four-point restraints and benzodiazepines. A lumbar puncture was done that showed elevated nucleated cells (31) with alymphocyte predominance (92%). MRI brain was unremarkable.

The patient was treated with a 10-day course of acyclovir (10 mg/kg three times daily) for the VZV. For her anti-NMDAR encephalitis, she received a five-day course of Intravenous Immunoglobulin (IVIG) with a 2 g/kg total dose and high dose steroids, without significant improvement. Her right ovarian

teratoma was resected. No evidence of involvement of the left ovary was appreciated on imaging or direct visualization. She was given a second course of IVIg (2g/kg) during which her mentation improved.

A repeat LP was performed on hospital day 3, which showed a mild lymphocytic pleocytosis (10-78% lymphocytes) and negative VZV PCR. Her CSF NMDA titer had decreased to 1:1. Due to her improved mental status, she was discharged home 2 days later without further immunomodulating therapy. She followed up in the outpatient clinic with minimal residual neurologic deficits, primarily fatigue and mild memory deficits.

In many ways, the patient’s presentation fit the characteristic illness script of anti-NMDAR encephalitis. Patients with anti-NMDAR encephalitis are predominantly female and of reproductive age, like the patient, and approximately half of female adults with anti- NMDAR encephalitis are found to have an ovarian teratoma at diagnosis [1]. The patient also presented with seizures and psychiatric manifestations (agitation, hallucinations, perseverative language), a combination not typically seen in a primary psychiatric illness. In addition, it would be very unusual for a disorder like schizophrenia to present at the age of 33 in an individual with no previous history of psychiatric symptoms or substance abuse. However, there have been only three case reports of an individual having anti-NMDAR encephalitis with concomitant detection of Varicella Zoster Virus (VZV) in the CSF.

In 2014, a rare case of VZV brainstem encephalitis was hypothesized to have triggered anti-NMDAR encephalitis in a 76- year-old woman. The patient initially had symptoms corresponding to lesions in the left brainstem affecting multiple cranial nerves (left hypoglossal paresis, dysphonia, left hemihypesthesia). Later, she developed encephalopathy with hallucinations and cognitive distortions, which was attributed to NMDAR immunoreactivity. The first CSF sample taken upon admission had NMDAR antibodies and a positive PCR for VZV, so it is impossible to know which (if either) preceded the other. However, the patient did not have a tumor, and there was no other obvious trigger of the NMDAR antibody production. There have been multiple documented cases of herpes simplex virus triggering anti-NMDAR encephalitis [2], so it is plausible that a similar process could occur with VZV. As well, individuals over the age of 50 years are more prone to VZV reactivation due to age-related immunosenescence [3].

It has been posited that the use of immunosuppressive therapies to treat anti-NMDAR encephalitis could enable the reactivation of VZV. In our case as well as two of the three previously described cases, VZV was detected in the CSF prior to the administration of immunosuppressive medications. Nevertheless, it is important to consider that there may be a risk of VZV reactivation with use of immunosuppressive therapies to treat anti-NMDAR encephalitis, and that this could affect the course of the disease. It is unclear how frequently patients with anti- NMDAR encephalitis are even tested for VZV in the CSF. Further research could help determine whether routine testing of CSF for VZV should be recommended for patients with anti- NMDAR encephalitis, or whether patients should receive treatment with acyclovir until both HSV and VZV tests are negative. This would be particularly relevant for patients who were born before 1995 (when the VZV vaccine was first introduced in the United States) [7-9].

Although anti-NMDAR encephalitis is a rare disease, there needs to be increased awareness of its presenting symptoms and how they differ from those of psychiatric disorders like schizophrenia. One of the reasons that our patient was able to fully recover might have been that her anti-NMDAR encephalitis was identified relatively quickly once she presented at UNM Hospital. Early intervention is of upmost importance, as this disease, if missed, can have grave, persistent

consequences for patients. Physicians also need to be aware that patients may have NMDAR antibodies present in the CSF even if the serum test is negative. Our patient would have never been correctly diagnosed if she had solely been tested for NMDAR antibodies in the serum.[10]. 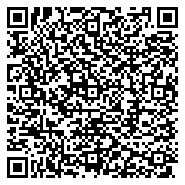