Acute pancreatitis in children is associated with abdominal trauma, drug and toxin ingestion, multi-system diseases, viral illness, and structural abnormalities [1]. Pancreatic enzyme levels decline over 3–4 days and often no specific cause is found [1,2]. Mutations in the secretory trypsin inhibitor (SPINK1) gene are associated with both hereditary and chronic pancreatitis (CP). However, its association with acute pancreatitis (AP) [3,4] and acute recurrent pancreatitis (ARP) [5,6] in the literature remains rare, especially in children. We present the case of a child with ARP found to be heterozygous for the N34S mutation of the SPINK1 gene.

Pancreatitis is a complex disease with multifactorial causes. Known risk factors in adults include biliary disease, alcohol consumption, and hypertriglyceridemia (>1000 mg/U), amongst many others [1-7]. In children, trauma, structural anomalies, systemic disease, drug and toxin exposure, and viral infections are common etiologies [1]. It is theorized, however, that many patients have an underlying genetic predisposition to developing pancreatitis [8]. AP is distinguished from CP in that it is a reversible episode of diffuse pancreatic inflammation [8] which typically presents with abdominal pain, emesis, and elevated pancreatic enzymes [2]. ARP is defined as two or more documented cases of AP without radiologic evidence of CP [9], such as pancreatic calcifications, cysts, irregular or dilated pancreatic ducts, and atrophic fibrotic glands [10]. CP is a process of irreversible change in the organ’s function and structure including acinar and islet cell fibrosis and loss of function [8,11].

Hereditary causes of AP, most commonly referring to mutations of the Cystic Fibrosis Transmembrane Conductance Regulator (CFTR) gene, Protease Serine 1 (PRSS1) gene, and Serine Protease Inhibitor of the Kazal type 1 (SPINK1) genes, are rare and comprise <1% of cases [12]. The SPINK1 gene is believed to play an important role in protecting the pancreas against excessive trypsinogen activity [13]. Mutations in this gene, especially the most common N34S mutation, have been frequently associated with several forms of CP, including familial pancreatitis, tropical pancreatitis, idiopathic chronic pancreatitis, and alcoholic pancreatitis [13]. Because SPINK1 is a modifying gene, N34S mutations alone do not necessarily cause pancreatitis, but may act together with other genetic or environmental factors [14]. The mutation occurs in the healthy population with an estimated incidence of 1-3% [3,5,6,13-18] but its precise role in pancreatitis is still not well understood [14].

Patient is a previously healthy 12-year-old female who presented with a two-day history of acute onset nausea, vomiting, and abdominal pain. She first presented to an outside hospital with an amylase of 266 U/L (normal: 25-125 U/L) and a lipase of 1036 U/L (normal: 7-58 U/L). She denied similar episodes in the past and there is no family history of pancreatitis. Patient’s medications included albuterol as needed for asthma exacerbations and ibuprofen as needed for headaches. Her physical exam showed a well-appearing young female with a height of 152 cm (38%) and weight of 56 kg (87%) with a body mass index (BMI) of 24.2. Physical examination was remarkable for epigastric tenderness to light palpation and diffuse tenderness to deep palpation without rebound tenderness or guarding present.

Although AP occurs more frequently in the adult population, the prevalence of pancreatitis in the pediatric population continues to steadily rise [1,19]. Pancreatitis is associated with significant mortality and morbidity in children requiring a mean pediatric hospital stay of 13.2 days with 28% of patients requiring total parenteral nutrition (TPN) [1]. Most cases in the adult population are secondary to alcohol or biliary tract etiologies [12,19,20]. Trauma, structural anomalies, systemic disease, drug and toxin exposure, and viral infections are known associations in children, but up to 23% are considered idiopathic [1].

The pancreas has both an endocrine and exocrine function. Approximately 90% of the pancreas [14] participates in its exocrine function, which is to make and secrete enzymes that aid in digestion [12]. During episodes of pancreatitis, excessive secretion of pancreatic enzymes occurs, resulting in inflammation, autodigestion, tissue death, and even dysfunction of distant organs [19]. Trypsin is an important enzyme in this process because it can turn on its inactive precursor, trypsinogen, as well as other proenzymes furthering an activation cascade [13]. It is believed that inappropriate trypsinogen activation or inadequate trypsin inhibition may lead to episodes of pancreatitis [13]. SPINK1 is thought to play an important role in protecting against pancreatic autodigestion by binding to trypsin and therefore inhibiting premature trypsinogen activation [13,21].

Chen et al. [22] were the first to provide a mutational analysis of the SPINK1 gene, a 7.5 kilobase gene on chromosome 5. It encodes a protein that acts as an endogenous trypsin inhibitor, also known as pancreatic secretory trypsin inhibitor (PSTI) [14]. The N34S mutation, as seen in our patient, is an A>G transition on the SPINK1 gene [14]. This mutation was originally hypothesized to directly reduce the trypsin inhibitory capability of the SPINK1 protein, but in vitro testing did not demonstrate this defect [23]. PSTI homozygous knockout mice demonstrate absence of the pancreas with some having pancreatic remnants, supporting a possible autolysis hypothesis [23]. Clinical reports show SPINK1 plays an important role in protecting the pancreas against excessive trypsinogen activation [13]. However, the mechanism by which the N34S mutation predisposes individuals to pancreatitis is not well understood.

Whitcomb [24] found that mutations in the SPINK1 gene are not the source of pancreatitis, but have shown to intensify the outcome of patients with ARP. Several studies link SPINK1 to all types of chronic pancreatitis, including hereditary, alcoholic, tropical, and idiopathic [13]. Witt et al. [25] and Pfutzer et al. [15] have both shown its association with CP in the pediatric population. Studies suggest the mutation acts as a disease modifier, lowering the age of onset of development of CP. One study analyzed 92 unrelated Polish children diagnosed with ARP or CP. They discovered 4 children with ARP who were heterozygous for the N34S mutation and lacked any other apparent risk factors or mutations known to cause pancreatitis [5]. In another study, the results revealed that most of the children who had a genetic predisposition to AP and ARP also had a SPINK1 mutation [26]. Though it is theorized that mutations in the SPINK1 gene are risk factors for AP and ARP, few investigators have demonstrated this clinical significance [3-6] especially in the pediatric population.

Several investigations report an association between the SPINK1 N34S mutation and pancreatitis, but the role of this mutation in the process remains poorly understood [14]. Its association with pancreatitis in the pediatric population is even more unclear. Genetic testing in patients with pancreatitis without other obvious risk factors may help provide answers about possible etiologies and could help identify other family members that may be of risk. We present a child with ARP in the absence of risk factors that was found to be heterozygous for the N34S mutation of the SPINK1 gene. 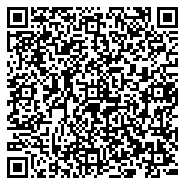